Mel Brooks Keeps It Very Light in ‘All About Me!’ 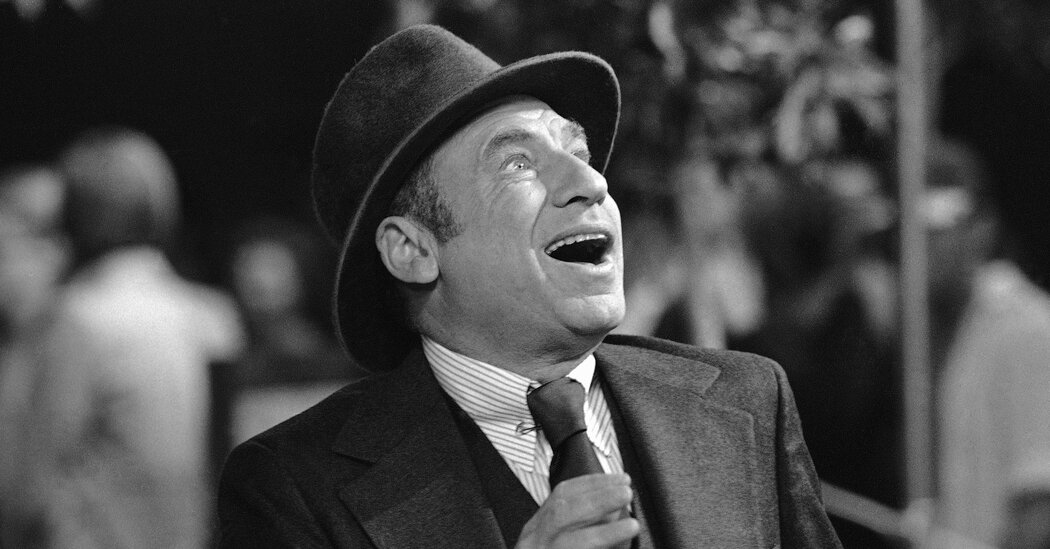 Your favorite Brooks work might be “The Producers,” which — in a feat of dizzying creative refraction and exponential profit — he made first as a movie about a musical in 1967, then as a musical based on that movie in 2001, and then as another movie based on the musical in 2005. Or you may prefer “Blazing Saddles,” a Western spoof; or “Young Frankenstein,” a horror spoof; or the self-explanatory “Silent Movie,” in which the only character to speak was Marcel Marceau, the famous mime. Personally I most adore “High Anxiety,” an Alfred Hitchcock spoof; and reading Brooks’s new memoir, the product of an extrovert who must have found lockdown torturous, only amplified that affection.

When invited to a lunch of roast beef with Yorkshire pudding by Hitchcock, one of his idols, to discuss the film project, Brooks replied, “Yes, sir, I’ll be there with bells on.” Then he showed up with some jangling around his ankles — the kind of broad comic gesture that by then, in midcareer, was his calling card in both art and life. Given the Master of Suspense’s blessing, Brooks went on to re-enact the shower scene from “Psycho,” with newsprint pouring rather presciently down the drain in lieu of blood; and broke character as a nervous psychiatrist to sing his movie’s title song in the manner of Frank Sinatra. But it was his exaggerated enactment of that shrink’s fear of heights, à la Scottie Ferguson in “Vertigo,” that feels most resonant and telling.

Brooks himself reads as the opposite of acrophobic: scaling the icy pinnacles of Hollywood without anything more than a pang of self-doubt, using humor as his alpenstock. Fear of heights is closely related to fear of falling; falling (not failing) was a measure of achievement for Brooks and his cohort. Before it was an acronym, they embodied ROFL, forever collapsing to the ground in mirth.

The youngest of Kate Kaminsky’s four sons, Melvin grew up poor in the Williamsburg neighborhood of Brooklyn. He was coddled and adored, especially after his father died of tuberculosis. “I was always in the air, hurled up and kissed and thrown in the air again,” he writes. “Until I was 5, I don’t remember my feet touching the ground.” Despite the “brush stroke of depression” that resulted from losing a parent, he appears to glide right over life’s inevitable vicissitudes. When something goes wrong, he wonders “what to do, what to do?” — and then solves the problem. If it goes really wrong? “I’ll spare you the details.”

Brooks started as a drummer, and percussiveness, driving toward the “rim shot,” would become another comedic signature. Enlisted in the Army during World War II, he grabbed a cuff of Bob Hope’s trousers to get an autograph and parodied Cole Porter in a Special Services show at Fort Dix. (“When we begin to clean the latrine….”) After discharge he started writing for Sid Caesar’s variety shows, where the brotherly atmosphere of his youth was reenacted with staff that included Neil “Doc” Simon and Woody Allen. The troubled, intense Caesar once dangled Brooks outside a hotel window in Chicago. “I was very calm,” Brooks writes.

In his epic “History of the World, Part I” (Hulu just ordered Part II), he plays Torquemada, a fearsome leader of the Spanish Inquisition, darting down a spiral stone staircase — like “Vertigo” in reverse — and bursting into a song-and-dance number with full chorus. Later in the sketch, nuns strip to bathing suits, synchronize-swim with the devout Jews they’re trying to convert and then rise up — Happy Hanukkah! — balancing on the prongs of a giant menorah, sparklers on their heads. If Porter, another idol, wrote “you’re the top / you’re the Colosseum,” Brooks went over the top and smashed the pillars.

Hitler is the villain the author most daringly appropriated, from the work-within-a-work of “The Producers” to the disguise in “To Be or Not to Be,” a remake of the Ernst Lubitsch film, in which Brooks starred with his second wife, Anne Bancroft. This still offends some people. “Blazing Saddles” does, too. Brooks, who gave the now-controversial comedian Dave Chappelle an early break, casting him in “Robin Hood: Men in Tights,” does not concern himself in these pages with changing norms in the industry that has rewarded him so handsomely. Perhaps named for “All About Eve” but less of a bumpy night than a joy ride, “All About Me!” takes humor as an absolute value, something that “brings religious persecutors, dictators and tyrants to their knees faster than any other weapon,” something that can win over a classy lady like Bancroft. Its 460 pages rattle along like an extended one-liner.

Humor can also, of course, be a defensive scrim for difficult emotions. Brooks doesn’t name his first wife, Florence Baum, though their marriage lasted nine years and produced three children; he and Bancroft, who died in 2005, had a fourth. He would prefer to kvell over the talents of his frequent collaborators Madeline Kahn, Gene Wilder and Carl Reiner, than linger on, or even mention, their departures from this crazy world. As the old song goes, he accentuates the positive. “Laughter is a protest scream against death, against the long goodbye,” he writes. And there’s probably already a prank planned for his own inevitable ascent to heaven.