‘Q’ Has Been Quiet, but QAnon Lives On 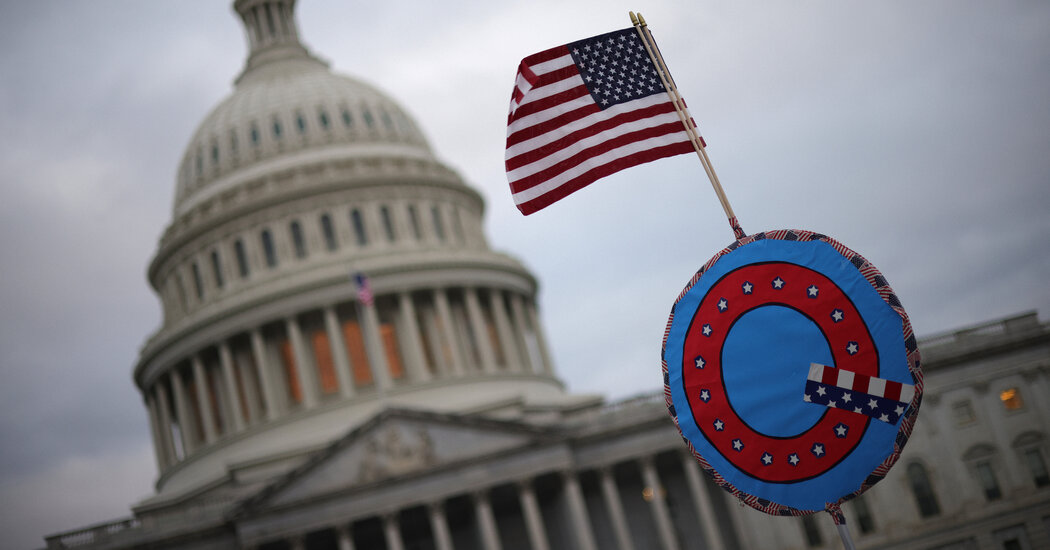 Mr. Protzman did not respond to a request for comment.

Another Telegram channel pushed the unfounded narrative about the Astroworld tragedy, in which people died at the rapper Travis Scott’s show. The channel claimed that Mr. Scott (born Jacques B. Webster) sought to deliberately kill young teenagers in a satanic ritual. “LIVING HELL. A HUMAN SACRIFICE,” one post said. “DEMONIC.” The post collected 83,100 views. Subsequent posts with the same message generated tens of thousands more views.

By Nov. 8, these posts reached mainstream social media. “Anyone else notice that the stage is an inverted cross leading to a portal to Hell?” a TikTok user asked in a video that racked up more than a million views. Others shared a YouTube video with more than 44,100 views, titled “Satanic Ritual at Travis Scott Concert Exposed.”

And on Facebook, an Indianapolis pastor published a post that generated more than 160,000 likes, comments and shares. “What a blatant invitation for Satanic ritual!” the pastor, Jeffrey Pitts, said. “This is right in our face and people still follow trends and have no clue this generation is setup for the slaughter.”

The false rumor generated more than 303,000 interactions before the first fact-checks of the claims were published, according to an analysis of data from CrowdTangle, a Facebook-owned social media analytics tool.

“I don’t know anything about QAnon, I don’t understand anything that they do,” Mr. Pitts said when asked about his viral post. “I am a pastor exposing the demonic realm. The stuff that went on at Astroworld, and that spirit, was demonic.”

Whatever QAnon followers are “using my post to do is their business,” Mr. Pitts added.

Some politicians have claimed that Satan worshipers hide among the Democratic Party, pulling in elements of the conspiracy in their posts without making an explicit mention of QAnon.

“America is a Christian nation,” Mr. Miguel, the Republican from Florida, said in a Twitter post on Nov. 19. “I will never stop fighting against the satanic-globo-communists. #AmericaFirst.”