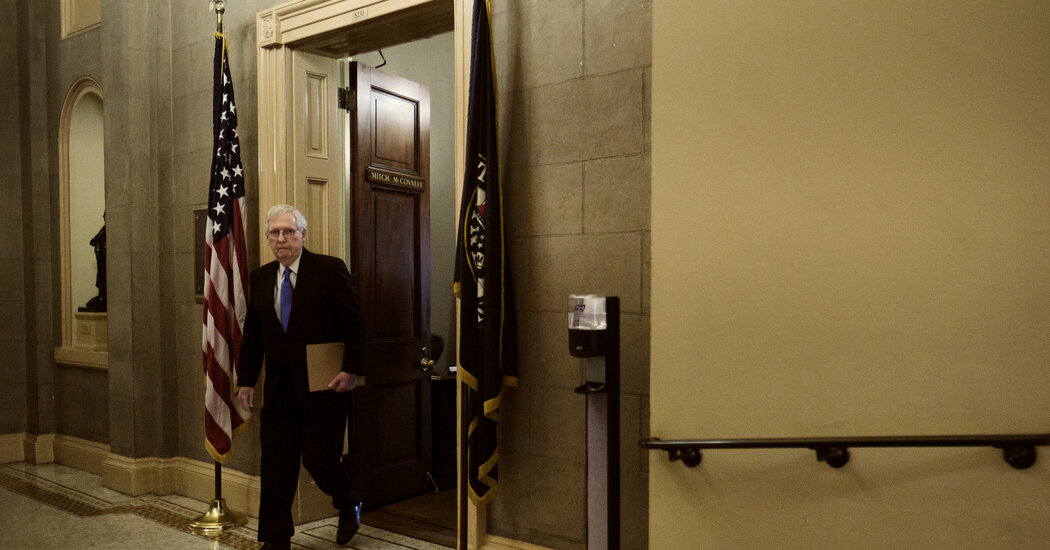 For Democrats, it was a crucial step toward completing a slew of must-pass bills this month, coming after Republicans and Democrats clinched an agreement on the annual defense policy legislation earlier this week, and on the heels of enacting a stopgap spending measure to fund the government until mid-February. Democrats were eager to focus their full attention on muscling through Mr. Biden’s marquee domestic policy legislation before Christmas, though the prospects for doing so were murky.

While Democrats have not said how much they will increase the borrowing cap, it is expected that they will try to delay another fiscal standoff until after the midterm elections next year. One Treasury estimate suggested they would need to raise it by as much as $2.5 trillion to cover that period, according to a person familiar with the preliminary accounting who disclosed it on the condition of anonymity.

The legislative contortions were necessary because of Republicans’ intransigence on the debt limit. Given that Democrats are using the fast-track budget reconciliation process to muscle through Mr. Biden’s $2.2 trillion climate, tax and social spending bill over their opposition, Republicans had demanded that Democrats use the same maneuver to address the debt limit.

Democrats objected, arguing that both parties were responsible for raising the borrowing cap to accommodate spending that had been approved by and incurred under both Republican and Democratic administrations. Reconciliation, they added, would be an unnecessarily complex and time-consuming way to do so.

In October, Mr. McConnell relented temporarily, corralling 10 of his colleagues to join him in breaking his own party’s filibuster of a short-term increase to the debt limit, which then passed with only Democratic votes. But he warned in a scathing letter to Mr. Biden that he would not do so again. Two Republicans who supported the measure in October, Senators Richard C. Shelby of Alabama and Mike Rounds of South Dakota, withheld their votes on Thursday.

“They could do this through reconciliation without any Republican support,” Mr. Rounds told reporters ahead of the vote. “We bailed them out by calling the question last time to give them an opportunity to do so, and yet they seem to have simply sat back and expected that we would once again provide special opportunities for them.”

Mr. McConnell and Mr. Schumer began quietly discussing alternatives in November, including the possibility of attaching a debt-limit increase to the annual defense policy bill, the last must-pass piece of legislation trudging through Congress before the end of the year.