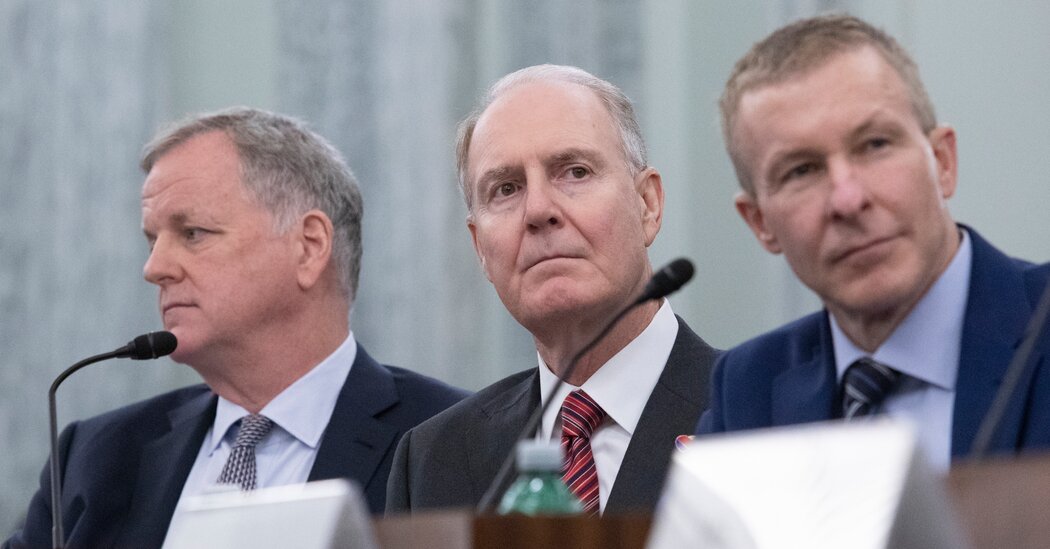 The chief executive of Southwest Airlines, Gary Kelly, tested positive for the coronavirus after appearing at a Senate hearing with other airline industry officials this week, the company confirmed on Friday.

Mr. Kelly tested negative several times before attending the hearing on Wednesday, but received a positive result after returning home and experiencing mild symptoms. Mr. Kelly, who is 66, is fully vaccinated, has received a booster shot and is resting at home, Southwest said.

Mr. Kelly appeared before the Senate Commerce, Science and Transportation Committee on Wednesday to discuss the impact of billions of dollars of federal pandemic aid to the airline industry. He was joined in person by Scott Kirby, the chief executive of United Airlines; Doug Parker, the chief executive of American Airlines; John Laughter, the chief of operations at Delta Air Lines; and Sara Nelson, the head of the Association of Flight Attendants. Each was unmasked for at least part of the hearing. Many senators on the committee also did not wear masks, but they sat further apart from each other.

At one point during the hearing, Senator Roger Wicker, Republican of Mississippi, asked Mr. Kelly if passengers would ever be able to travel on planes without masks.

“I think the case is very strong that masks don’t add much, if anything, in the air cabin environment,” Mr. Kelly said, praising the air filtration on planes. “It’s very safe and very high quality compared to any other indoor setting.”

Mr. Kirby, the United executive, who is vaccinated and led an early charge to require vaccination at his company, tested negative for the virus on Friday, the airline said. Mr. Laughter tested negative on Thursday and Friday. American said in a statement that Mr. Parker was “symptom-free, fully vaccinated and getting tested this afternoon.”

Ms. Nelson, of the flight attendants union, said in a statement that she was notified of Mr. Kelly’s positive test just as she was returning to work from getting a booster shot.

“I am following C.D.C. protocols and will test several times within the 5-7 day recommended period, and before traveling with my family for the holidays,” she said in a statement. “Get vaxxed, wear a mask, and be kind!”