Steve Bannon and a Cautionary Tale on Congressional Power 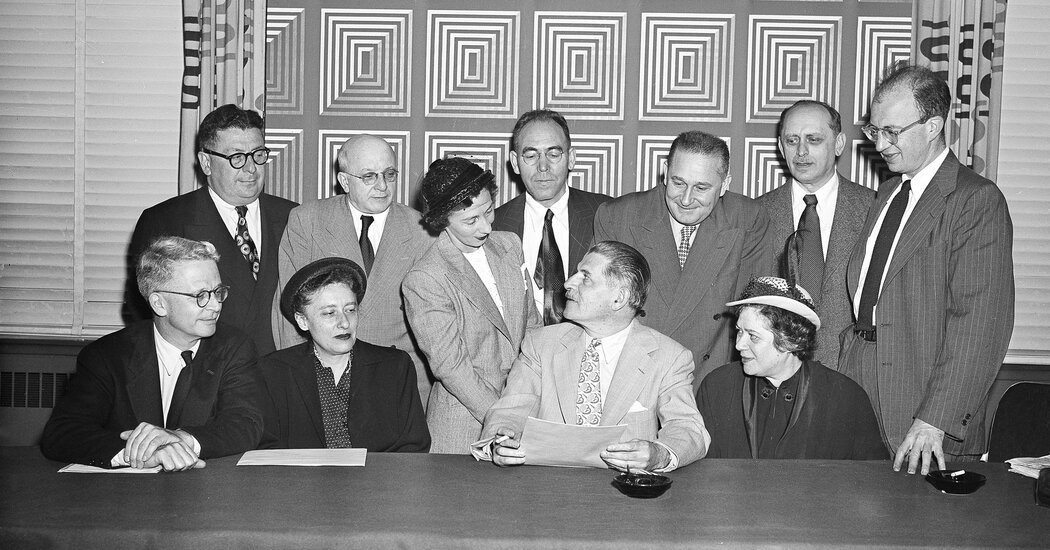 The committee then called her boss, Edward Barsky, who appeared a month later and likewise refused to hand over the documents; so did the group’s entire board of directors, when they were called — including the novelist Howard Fast, who wrote about the experience in his memoir “Being Red.” All of them were held in contempt. None of them had been allowed to have their lawyers with them during their testimony.

The House met in April 1946 to vote on the contempt citation, and whether to send it to the Justice Department. While liberal and conservative members clashed over the committee’s mandate and the refugee group’s alleged foreign allegiance, the only issue at hand, said HUAC’s chairman, John Wood of Georgia, was whether private citizens could ignore the will of Congress.

“It is the purpose of our committee to determine, once and for all, whether an organization such as the Joint Anti-Fascist Refugee Committee has the authority to defy the Congress of the United States,” Wood declared.

Even many of HUAC’s skeptics found that logic hard to reject. “This committee is an established committee of this House,” said one of them, Clyde Doyle of California. “As long as it appears that the committee had acted within the law as we gave it to do, I shall feel compelled to back its lawful acts.”

The vote followed quickly, and decisively. Of the 430 House members present, 292 voted for contempt; 82 declined to vote and just 56 voted against. Bryan, Barsky and the bulk of the refugee group’s board went to jail, some for a year. For most of them, their lives were over. Barsky, a surgeon, lost his medical license. Bryan retreated to rural Vermont, unable to find an employer willing to hire her.

The greater consequence, though, was for the country. Having proven its power, HUAC next went after Hollywood, sending dozens of recalcitrant screenwriters to jail. Senators Kenneth Wherry and Lister Hill used similar threats to hound gay men serving in the federal government. Joseph McCarthy used those tactics to animate his four-year reign of terror.

Over the next decade, thousands of witnesses across all parts of society — schools, universities, unions, churches, newspapers — had to weigh their consciences versus their livelihoods in deciding whether to submit to what came to be known as the Red Scare. (Among those indicted was one of my predecessors on the Obituaries desk of The New York Times, Alden Whitman.)