Stolen at Birth, Chilean Adoptees Uncover Their Past 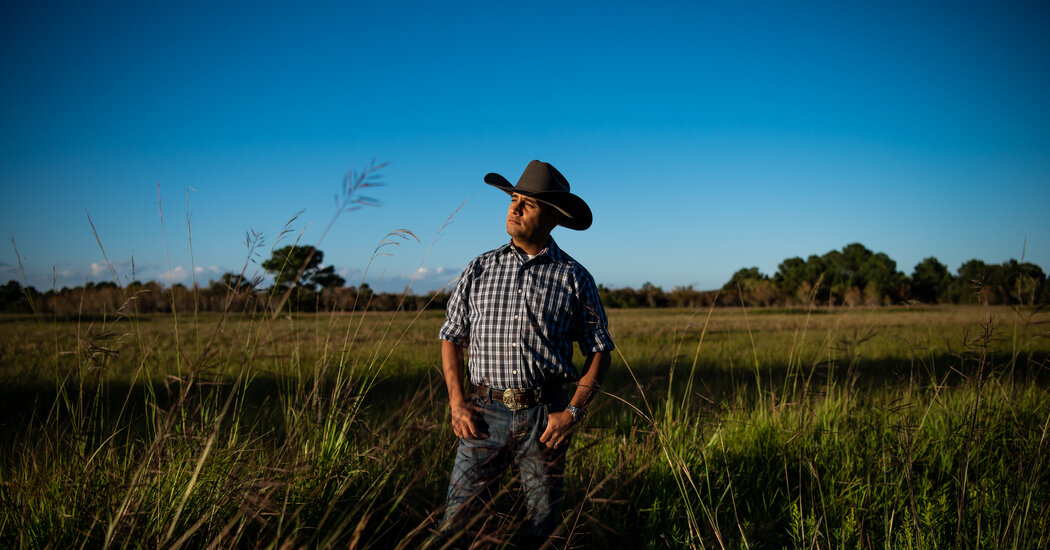 Growing up in Minnesota, Tyler Graf knew almost nothing about his birth mother. And what little he knew, he said, stung.

His adoption papers listed her name, Hilda del Carmen Quezada; her age, 26; the date, March 2, 1983; and the hospital where she gave birth to him in central Chile. The documents also included a judge’s note saying Ms. Quezada gave him up because she had little money and “other children to support.”

“I never thought that any excuse would be good enough,” said Mr. Graf, who is now a firefighter in Houston. “I carried that animosity, that chip on my shoulder, my whole life.”

The claim that his mother willingly gave him up hurt, Mr. Graf said, until he learned this year that he is one of hundreds — possibly thousands — of Chilean adoptees taken from their parents without their consent during the country’s military dictatorship.

Ms. Quezada, it turned out, had not surrendered her son; she was told the baby, born three months premature, had died.

“Two weeks after the birth, they told me he had died,” Ms. Quezada said. “I asked for the body and they refused, saying it was too small.”

Investigators looking into coercive adoptions in Chile since the first cases came to light in 2014 have come to a stunning conclusion: The practice was widespread during the rule of Gen. Augusto Pinochet, who actively encouraged overseas adoptions to reduce poverty in the 1970s and 1980s. The process was abetted by a vast network of officials — including judges, social workers, health professionals and adoption brokers — who forged documents and are widely assumed to have taken bribes.

More than 550 adoptees have reconnected with their birth families in recent years. But investigators say the scheme, which is still being uncovered, most likely involved many more children.

Judicial officials in Chile are investigating roughly 650 cases of irregular adoptions, a phenomenon the Ministry of Justice called in a statement “extremely serious.”

Mario Carroza, a Chilean judge who opened a criminal inquiry into the adoptions in 2018, said investigators were looking into the circumstances of about 8,000 overseas adoptions that took place from 1970 to 1999. Judge Carroza said the number of cases under scrutiny could reach 20,000.

In October, Sweden began an investigation into the irregular adoptions, responding to pressure from Chilean adoptees raised in the country who have used DNA testing to establish their connections to birth parents in Chile who have been missing a child.

General Pinochet seized power in 1973, in a bloody coup that toppled Chile’s left-wing president. He then led a brutal regime in which the country’s economy grew as thousands of opponents were executed, disappeared, detained, tortured and exiled.

Years after the general’s death in 2006, Chileans have been horrified to learn how pervasive coercive adoptions became on his watch.

“The history of human rights violations during the dictatorship is known: the torture, political prisoners, repression, but this one has been largely invisible,” said Boris Barrera, a member of Congress who led a legislative investigation into the matter in 2018.

Reports of coercive adoptions in Chile predate the dictatorship. But the practice became chillingly common starting in the late 1970s, as the Pinochet government explicitly began promoting adoptions during a period of economic crisis, said Karen Alfaro Monsalve, a professor at Chile’s Austral University who has researched the history of the coercive adoptions.

“What we ultimately had was an outflow of poor children who were seen as a stumbling block to achieve the country’s economic development,” Ms. Alfaro Monsalve said. “Pinochet had a type of forced migration that helped control population growth and enable the country’s neoliberal shift.”

The abusive practice came under scrutiny in 2014 after the Chilean investigative news agency CIPER published an article on a handful of coercive adoptions, documenting the roles played by a priest and a doctor. In the years that followed, as scores of adoptees raised in Chile and abroad set out to trace their roots, many using DNA ancestry tests, a disturbing pattern came into sharper focus.

Hundreds of women came forward with similar accounts of unexpectedly losing their babies soon after giving birth. Some were told they were stillborn, while others said government officials took custody of them.

The congressional committee led by Mr. Barrera culminated in a call for the Chilean government to establish a truth and reparations commission and to build a DNA database to enable adoptees and biological families to connect. But so far no one has been charged in connection with the abductions.

Judicial officials have tempered expectations by noting that statutes of limitations will make it hard to bring individuals to justice.

Constanza del Río, one of the founders of Nos Buscamos, an organization that helps adoptees who were trafficked, said the government’s failure to investigate the crimes more diligently was inexcusable.

“We don’t have the next 25 years for them to investigate at turtle pace because we have mothers who are dying,” she said. “Justice may come, but it will be too late.”

Ms. Quezada, 65, who has three daughters, never made peace with the loss of her son. She mourned him every year on his birthday, she said. Decades later, she could still picture the prominent black eyes that stared back at her from an incubator the last time she saw him.

When news articles about illegal adoptions began circulating, Ms. Quezada was horrified, she said, but she never allowed herself a glimmer of hope — until her phone rang one day last May.

The caller was Marisol Rodríguez, the founder of Hijos y Madres del Silencio — Children and Mothers of Silence — a volunteer organization that has facilitated the reconnection of more than 250 families severed by coerced adoptions.

Ms. Rodríguez explained to Ms. Quezada the unlikely chain of events that led to the call. Years ago, Ms. Rodríguez said, her son, who was a firefighter, had gone to Houston for a training exercise. There he struck a friendship with an American firefighter who said he had been adopted from Chile.

The son offered to try to track down his new friend’s birth parents, and returned to Chile with copies of his adoption file. Once he was home, he turned the documents over to Ms. Rodríguez’s group, which saw in the file telltale signs of a coerced adoption.

“I couldn’t digest the information,” she said. “I couldn’t grasp what was happening.”

But shock gave way to a burning desire to make up for lost time. Days after learning the news, Ms. Quezada made a video call, and laid eyes on her son as an adult for the first time.

“Every muscle in my body tightened up and squeezed the tears in my eyes,” Mr. Graf recalled. “I felt like I had been hit by a bat and was seeing stars.”

Within weeks, Ms. Quezada boarded an airplane for the first time in her life and flew to Houston. In a reunion arranged by a local journalist, Ms. Quezada surprised her son, who crumpled into his mother’s arms.

“It was the closest hug,” Mr. Graf recalled. “They just left us alone in each other’s arms and we hugged and she kissed me and we just stood there crying.”

Some Chilean adoptees have found a very different response after tracking down a birth parent. Maria Diemar, who was raised in Sweden after being flown from Chile as a baby in 1975, spent years hunting down clues that eventually led her to track down her birth family in southern Chile.

She learned that her mother, who had worked as a live-in maid when she was born, had been forced to give up the baby by her employer at the time. News that her missing daughter was trying to make contact was unwelcome because, Ms. Diemar was told, her mother was in an abusive relationship with a man who did not know about the birth.

That did not deter Ms. Diemar from digging into the case of her younger brother, Daniel, who was also adopted from Chile. The boy’s mother, too, had been told he died during birth. The two have grown close in recent years, which Ms. Diemar counts as a victory.

“It has meant so much to travel to Chile with Daniel, to share the story of our upbringing, our childhood, and just to be in the country where we were supposed to be,” she said. “It’s very healing to do this together.”

Ms. Diemar said she had little faith that the investigations underway in Chile and Sweden would lead to prosecutions.

“But I think it’s important that the history books say that this happened,” she said. “These were crimes.”

Since reconnecting with his mother, Mr. Graf has experienced emotional whiplash. There have been flashes of anger, moments of gratitude and feelings of indignation.

But ultimately, reconnecting with his birth mother was so healing and clarifying that he created an organization to supply free kits from the company MyHeritage DNA to adoptees and families who believe they may have had a stolen baby.