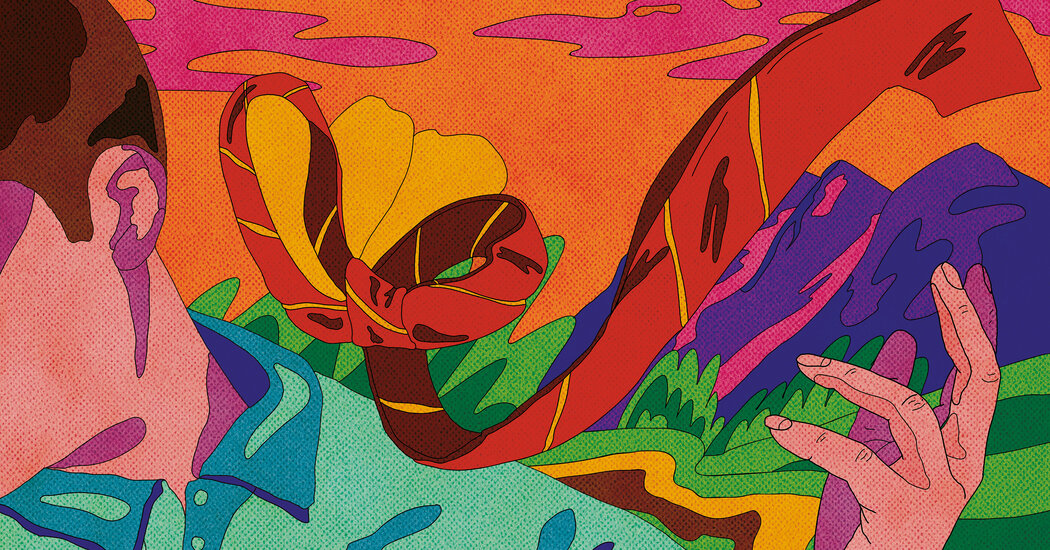 The plague, the death, the supply chain, long lines at the post office, the collapse of many aspects of civil society might all play a role in that statistic. But in his classic 1951 study of the office-working middle class, the sociologist C. Wright Mills observed that “while the modern white-collar worker has no articulate philosophy of work, his feelings about it and his experiences of it influence his satisfactions and frustrations, the whole tone of his life.” I remember a friend once saying that although her husband wasn’t depressed, he hated his job, and it was effectively like living with a depressed person.

After the latest job report, the economist and Times columnist Paul Krugman estimated that people’s confidence in the economy was about 12 points lower than it ought to have been, given that wages were up. As the pandemic drags on, either the numbers aren’t able to quantify how bad things have become or people seem to have persuaded themselves that things are worse than they actually are.

It’s not in just the data where the words “job satisfaction” seem to have become a paradox. It’s also present in the cultural mood about work. Not long ago, a young editor I follow on Instagram posted a response to a question someone posed to her: What’s your dream job? Her reply, a snappy internet-screwball comeback, was that she did not “dream of labor.” I suspect that she is ambitious. I know that she is excellent at understanding the zeitgeist.

It is in the air, this anti-ambition. These days, it’s easy to go viral by appealing to a generally presumed lethargy, especially if you can come up with the kind of languorous, wry aphorisms that have become this generation’s answer to the printer-smashing scene in “Office Space.” (The film was released in 1999, in the middle of another hot labor market, when the unemployment rate was the lowest it had been in 30 years.) “Sex is great, but have you ever quit a job that was ruining your mental health?” went one tweet, which has more than 300,000 likes. Or: “I hope this email doesn’t find you. I hope you’ve escaped, that you’re free.” (168,000 likes.) If the tight labor market is giving low-wage workers a taste of upward mobility, a lot of office workers (or “office,” these days) seem to be thinking about our jobs more like the way many working-class people have forever. As just a job, a paycheck to take care of the bills! Not the sum total of us, not an identity.

Booster shots. A flurry of new studies suggests three doses of a Covid vaccine — or even just two — can provide long-term protection from serious illness and death. The studies come as U.S. health officials have said that they are unlikely to recommend a fourth dose before the fall.

Even elite lawyers seem to be losing their taste for workplace gunning. Last year, Reuters reported an unusual wave of attrition at big firms in New York City — noting that many of the lawyers had decided to take a pay cut to work fewer hours or move to a cheaper area or work in tech. It’s happening in finance, too: At Citi, according to New York magazine, an analyst typed “I hate this job, I hate this bank, I want to jump out the window” in a chat, prompting human resources to check on his mental health. “This is a consensus opinion,” he explained to H.R. “This is how everyone feels.”

Things get weird when employers try to address this discontent. Amazon’s warehouse workers have, for the past year, been asked to participate in a wellness program aimed at reducing on-the-job injuries. The company recently came under fire for the reporting that some of its drivers are pushed so hard to perform that they’ve taken to urinating in bottles, and warehouse employees, for whom every move is tracked, live in fear of being fired for working too slowly. But now, for those warehouse workers, Amazon has introduced a program called AmaZen: “Employees can visit AmaZen stations and watch short videos featuring easy-to-follow well-being activities, including guided meditations [and] positive affirmations.” It’s self-care with a dystopian bent, in which the solution for blue-collar job burnout is … screen time.

The cultural mood toward the office even appears in the television shows that knowledge workers obsessed over. Consider “Mad Men,” a show set during the peaking economy of the late 1960s. It was a show that found work romantic. I don’t mean the office affairs. I mean that the characters were in love with their work (or angrily sometimes out of love, but that’s a passion of its own). More than that, their careers and the little dramas of their daily work — the presentations to clients, the office politics — gave their lives a sense of purpose. (At the show’s end, Don Draper went to a resort that looks an awful lot like Esalen to find out the meaning of life, and meditated his way into a transformative … Coke ad campaign.)