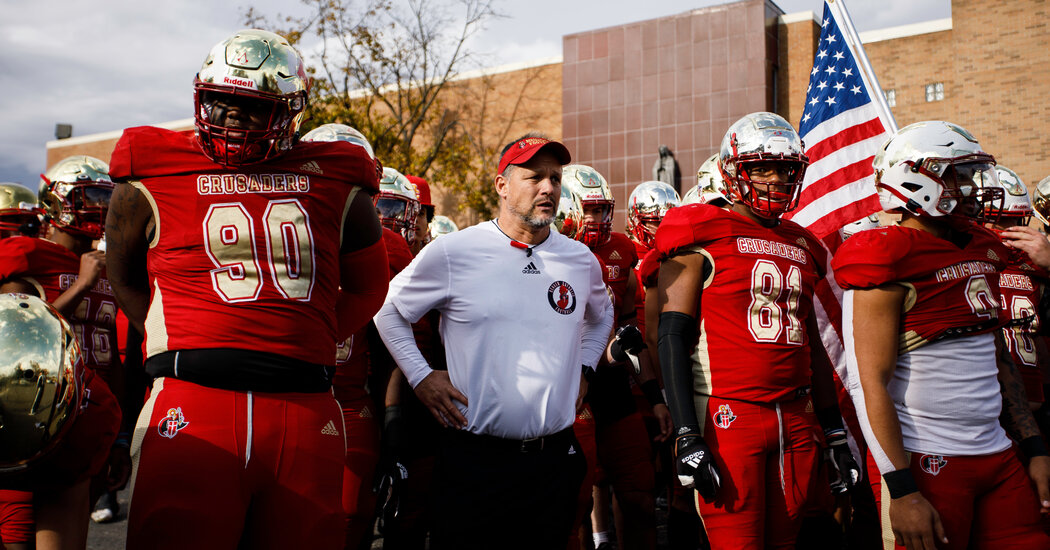 “A fan shouted, ‘what are you going to do next, onside punt?’” Vito said. “You could pay $200 for a Giants game and be frustrated or watch our circus for $3.”

The tent came down two years later. With daughter, Gina, having won Gatorade Player of the Year honors for volleyball, Anthony readying for his senior season and Nicky, the only son to play tailback, rushing up the ranks as a junior at the school, Paramus Catholic did not renew Mike’s contract.

He was 45-41-1 there, but left the team after the school declined to renew his contract. He said Paramus Catholic accused him of wrongly prompting players to take cortisone shots, and of steering them toward a chiropractor outside of the school’s health guidelines. He denied the allegations and promised to fight them but eventually moved on. Through a lawyer, the Archdiocese of Newark declined at the time to provide details of the situation, saying only that the decision not to retain Campanile wasn’t personal.

“I’m not the easiest person to get along with,” Mike said.

The Campanile sons still pursued coaching themselves. Vito served as a graduate assistant to offensive coordinator Chip Kelly at the University of New Hampshire. At Don Bosco Prep, Nunzio, who had considered law school, joined the staff of coach Greg Toal, one of the few area coaches Mike got along with. Nunzio coordinated the offense for teams that reached nine state championships from 2000 to 2009, winning six, while producing N.F.L. players like tailback Ryan Grant.

Football’s popularity exploded in Bergen County, and the brothers were omnipresent. In the 2008 season, Anthony joined Nunzio at Don Bosco, coaching the linebackers. Arguments brought back memories of old Christmas bowls in the family’s backyard when Vito and Anthony ran midline option plays against Nunzio and Nicky.

One day in training camp, Anthony wanted to start hitting earlier than in the previous season. When Nunzio said no, Anthony stormed off, drove to the family home, called Nunzio at the school and said he wanted to fight.