The Senate Moves in Slow Motion. Could This Speed It Up? 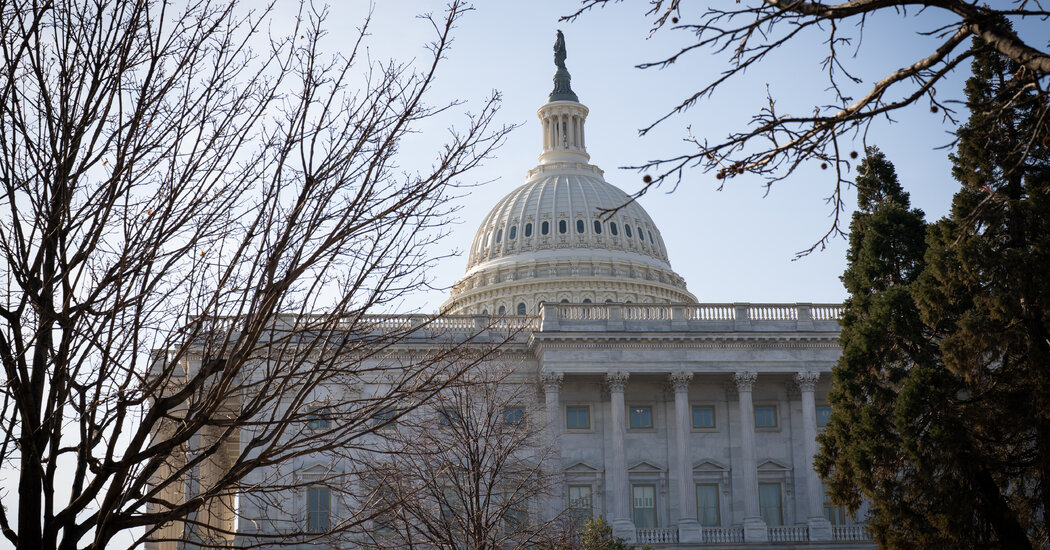 WASHINGTON — The Senate hit a nasty partisan impasse this year over voting rights legislation, but when it comes to how senators cast their own votes, there is broad consensus among Republicans and Democrats that something is amiss.

Frustration over the grindingly slow pace at which the Senate votes has reached a boiling point, leading most of its members to embrace a concept that would seem to be foreign: policing themselves to stay on schedule.

In a chamber where getting agreement from 60 senators on almost any major issue has proved to be an unattainable goal, more than 80 have signed on to a pledge originated by Senator Thom Tillis, Republican of North Carolina, to rein in the length of votes. It declares that the Senate’s presiding officer can close a vote if the signatory is the sole missing senator and his or her vote would be mathematically certain not to change the outcome.

It is not a cure for Covid and it won’t solve other procedural fights buffeting the chamber, but it can be considered progress in the hidebound Senate, where taking any step out of the 18th century can provoke fierce resistance.

“This is a no-brainer,” said Mr. Tillis, who said he had been pleasantly surprised by the willingness of his colleagues — in a rare display of near-unanimity — to entertain a gesture that could make the notoriously inefficient Senate a trifle more orderly.

The Senate’s voting practices — along with those in the House — underwent some changes beginning in 2020 in response to the pandemic. In the early days of the outbreak, lawmakers were encouraged to space out their attendance on the floor to avoid spreading the coronavirus. But what started as a health and safety measure has persisted even though nearly every senator is fully vaccinated, spiraling into a time-wasting, staff-maddening marathon for even the most routine of matters.

Votes in the chamber sometimes derisively called the world’s greatest deliberative body have never been particularly speedy. Typically set to last for 15 minutes, they frequently drag on for several more, as Senate officials wait for the last stragglers to trickle in from the airport, a committee vote or some other engagement. The Senate often tries to take several votes in succession, so any delays stack up.

But in recent months, the delays have gotten extreme. It is now a common occurrence for votes to drag on interminably, some stretching to an hour or more, with many settling in around the 45-minute mark. The only exceptions are votes at the end of the day, when senators are eager to leave the Capitol, or the so called “getaway vote” that is the last of the week, usually on Thursday afternoons. But even those have become unpredictable, and can drag on.

“It has really gotten out of hand,” said Senator Richard Blumenthal, Democrat of Connecticut.

The result, many senators say, is that their carefully calibrated schedules get totally upended, committee hearings experience lengthy interruptions and the already crawling Senate moves even slower.

“We could literally do more of the people’s business and get more done and be able to participate more in committee hearings if we had a more set schedule on votes,” said Senator Amy Klobuchar, the Minnesota Democrat who chairs the Rules Committee. “We could spend more time in the chamber actually debating major issues, rather than waiting around for someone to arrive in their car.”

It is the last point that tends to frost most senators. On any vote, one or two of their colleagues will consider whatever they are doing so important that they are willing to leave scores of other senators — none of whom are shy about emphasizing their own importance and heavy workloads — cooling their heels as they make their way to the chamber from a constituent meeting or a fund-raising call off campus.

“It is just ridiculous,” said Senator Roy Blunt of Missouri, the top Republican on the Rules Committee. “It is rude for 95 senators to be there waiting for the other five to show up.”

After a lengthy wait recently, Senator Richard J. Durbin of Illinois, the No. 2 Democrat, sought to get the name of the last senator to vote from the Senate clerks, perhaps to embarrass the offender. The staff professed not to know.

Senators say while there may be a handful of habitual offenders, many of them have been guilty as the tardiness has become rampant.

Senator Chris Coons, Democrat of Delaware, who was among the first to be ensnared by the new rules last week after signing the pledge, conceded that he had it coming. It was a preliminary procedural vote on a nominee.

“I was back in my office on a Zoom call with a constituent and my assistant came in and said, ‘Senator you really need to go,’ ” said Mr. Coons. “They literally closed the vote as I went through the door, but I had signed the letter. It was fine.”

The Senate has not followed the House and allowed members to vote by proxy in the pandemic, an option that has become a crutch of convenience for some, and likely never will. Senators take pride in their old-school voting methods. While House members vote by “electronic device,” and the running vote tally is projected on the wall of the chamber, senators vote pretty much as their predecessors did, with a spoken word or a thumbs up or a finger jabbed down in front of a watchful tally clerk.

Senator John McCain is remembered for his dramatic thumbs down to kill Republican efforts to repeal the Affordable Care Act — drawing rage from former President Donald J. Trump. One infirm senator who was unable to speak famously pointed to his eye to signal an affirmative vote to break a filibuster against a civil-rights bill in 1964. Try doing that by electronic device.

Most senators said they didn’t mind missing a vote or two if it could speed the Senate along. The new pledge allows anyone who wants the vote held open to call their cloakroom and ask for more time to get to the floor.

Senators said they were also well aware of the consecutive voting streaks of Republican Senators Susan Collins of Maine, who cast her 8,000th consecutive vote last year — an unbroken run over 25 years — and Charles E. Grassley of Iowa, who cast nearly 9,000 straight votes before his streak was interrupted by the coronavirus in 2020. Their colleagues would not want to have a vote close before they could weigh in, but the two typically make certain that they register their votes in time so any pledge would be unlikely to affect them.

Senator Chuck Schumer, Democrat of New York and the majority leader tasked with making the Senate work, has welcomed the new push, aides said, and has urged senators to respect the schedules of their colleagues. Senators say the pledge has already had a positive impact.

Mr. Tillis credited Senator Jeanne Shaheen, Democrat of New Hampshire, for helping wrangle senators on her side of the aisle. He said his interest in making the Senate trains run on time came from his time as speaker of the North Carolina state house, when he instituted some efficiencies.

He said he might have some other suggestions for how make the Senate a little more functional, given the response he received to the voting proposal.

“This was a baby step,” said Mr. Tillis. “Quite honestly, it hasn’t been a hard sell. It is pretty simple and just a professional courtesy.”