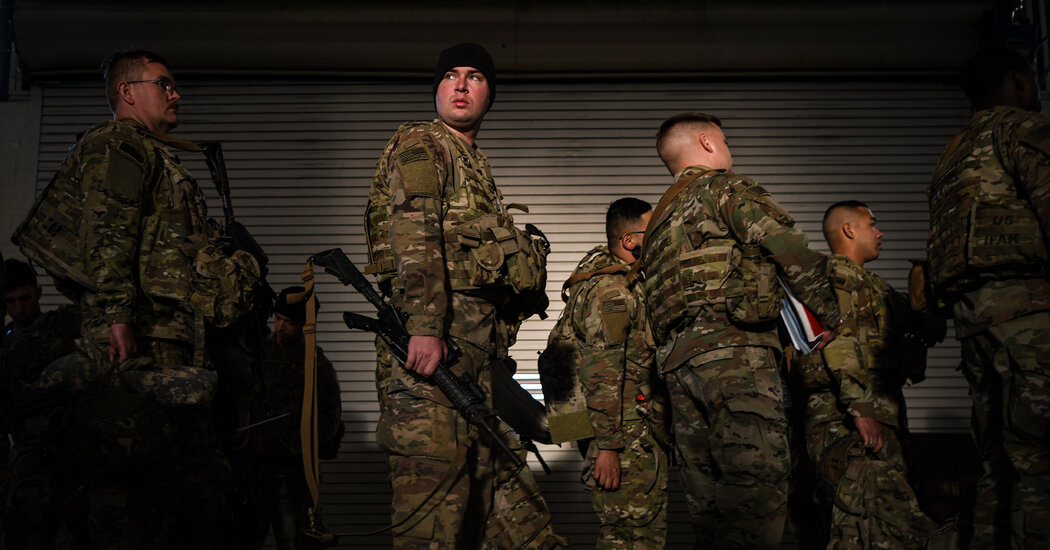 The 82nd Airborne troops, from Fort Bragg, N.C., are expected to train with Polish forces at several locations around the country, said a U.S. military official, who spoke on the condition of anonymity to discuss troop movements.

The Pentagon has barred reporters from embedding with these newly arrived troops. “We’re just not at a point now where we are able to provide that kind of access,” Mr. Kirby said last week.

The Pentagon announced last Friday that 3,000 troops from the 82nd Airborne would join 1,700 soldiers from the unit who deployed earlier to Poland. They are led by Maj. Gen. Christopher Donahue, who was the ground commander for the evacuation at Kabul’s international airport in August.

Mr. Kirby said that while some of the Army troops may operate in eastern Poland, near the Ukrainian border, one thing is clear: “There’s no intention, there’s no plan and there’s no approval to put these troops into Ukraine. They’re being sent to Poland. They’re going to stay in Poland.”

Mr. Austin is expected to visit U.S. troops in Poland and the Baltics this week.

In addition, some 300 members of the 18th Airborne Corps headquarters, also from Fort Bragg, have arrived in Germany to oversee the reinforcements flowing into Eastern Europe. The 18th Airborne Corps and this headquarters unit are led by Lt. Gen. Michael E. Kurilla, whom Mr. Biden has nominated to take over the military’s Central Command in April. And on Thursday, Mr. Austin said 125 Army troops would go to Bulgaria from Germany for training.

The Pentagon in recent days has also dispatched aerial reinforcements to Britain, Germany and Eastern Europe. The Air Force said F-35 fighters from Hill Air Force Base, Utah, had deployed to Germany days after B-52 bombers from Minot Air Force Base, N.D., were sent to Britain in a previously planned mission.