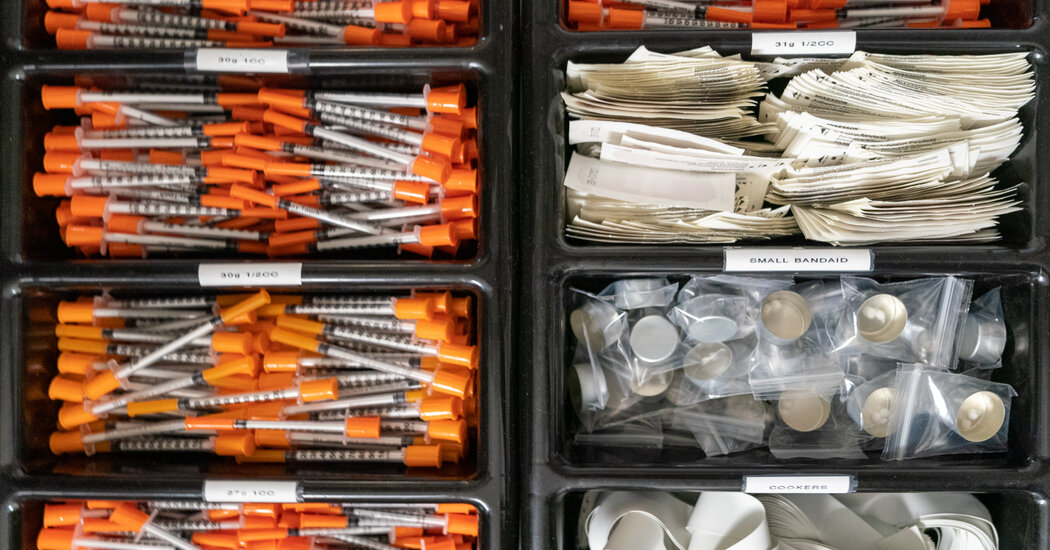 It was the first time Congress had created a specific grant for harm reduction programs — which often run on shoestring budgets — and the grant program was exempt from a longstanding ban, renewed annually in spending measures, on using tax dollars to purchase clean needles. Some experts thought the ban might be lifted for good.

“We finally got to a place where that ban was going to be lifted, we would see sustainability, we would see a massive shift in our current state of infectious disease,” said Chad Sabora, vice president of government and public relations at the Indiana Center for Recovery, a treatment center. He called the new controversy “heartbreaking.”

Safe smoking kits are often distributed by syringe service programs, and often include glass stems, which function as pipes, as well as lip balm, alcohol swabs, rubber tips and other items to protect against mouth sores and cuts that can spread disease. The guidelines for the new federal grant program are not specific about it about whether the kits can include pipes.

The law is murky; a 1986 law classifies crack pipes (but not needles) as drug paraphernalia and makes it illegal to sell or ship them. Ms. LaBelle said that law, and similar state laws, arguably could preclude the government from funding the glass stems that serve as pipes.

After the uproar over the Free Beacon article, the White House Press Secretary, Jen Psaki, said glass pipes were “never a part of the kit,” insisting the story was untrue.