What Did the US-China Summit Achieve? 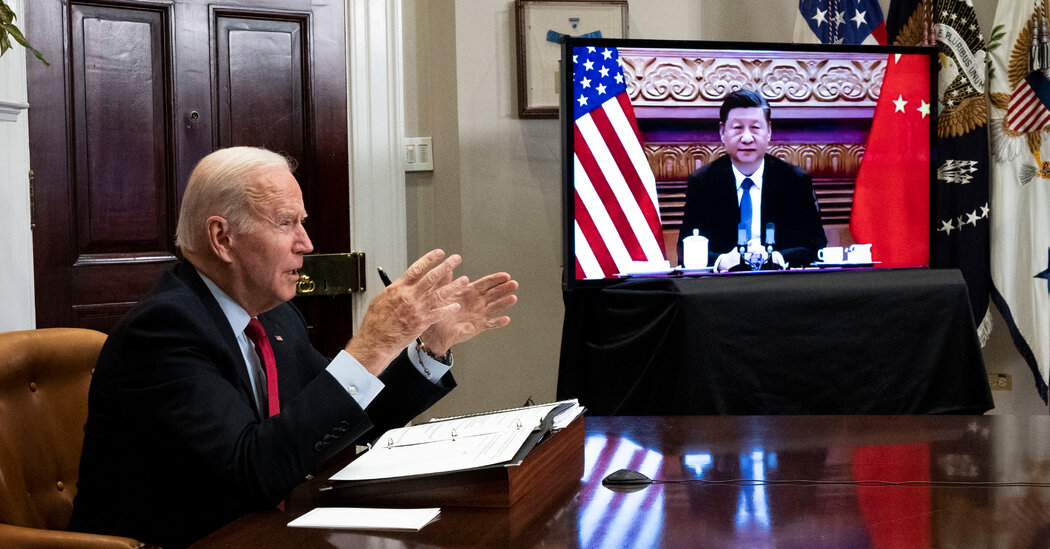 Mr. Biden raised concerns about human rights abuses in Xinjiang, Tibet and Hong Kong, and about China’s “unfair trade and economic policies” harming American workers, the White House statement said. Mr. Xi, according to China’s own readout, said that American support for Taiwan was “playing with fire,” and explicitly warned that the world risked slipping back into the superpower confrontations of a half-century ago.

“Engaging in ideological demarcation, camp division, group confrontation, will inevitably bring disaster to the world,” Mr. Xi said, a clear reference to a pillar of the new administration’s strategy for challenging China by teaming up with like-minded nations that fear China or oppose its authoritarian model. “The consequence of the Cold War are not far away.”

With that reference, Mr. Xi plunged directly into the debate now underway in Washington about whether the two powers are descending into something akin to the Cold War, or whether the deep economic, trade and technological links between China and the U.S. make any comparison to the old United States-Soviet Union relationship impossible.

The tone of the meeting was a reminder that China, perhaps inevitably, remains what Mr. Biden and his top advisers have cast as the greatest geopolitical challenge to the United States in its history. They have rejected the Cold War comparisons as overly simplistic, and as Mr. Biden’s national security adviser, Jake Sullivan, put it, “We have the choice not to do that.”

Although the two leaders have spoken by telephone twice this year, the conference was intended to replicate the more thorough discussion of issues in previous summits between the United States and China — something that has not been possible because pandemic and political preoccupations have kept Mr. Xi from traveling since January 2020.