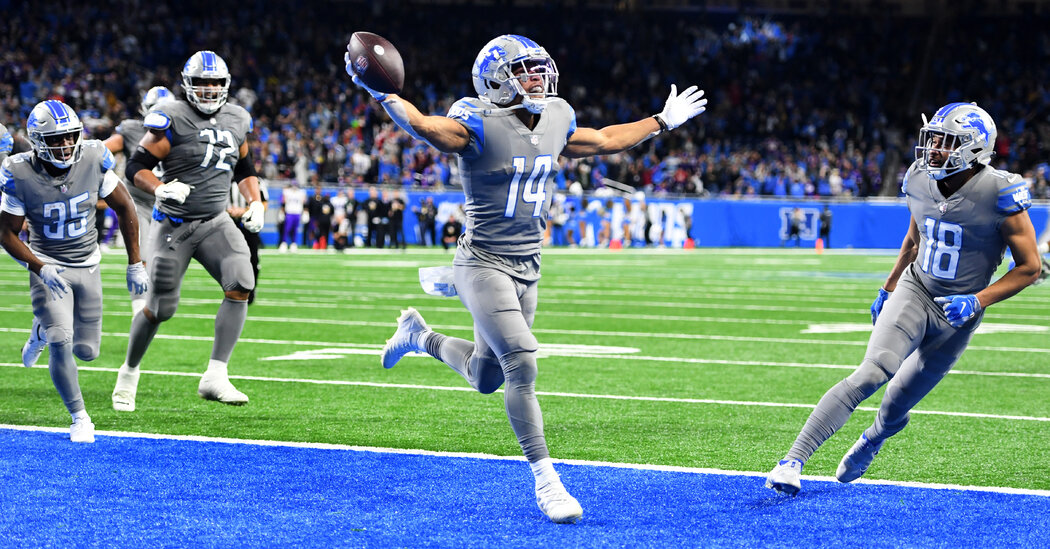 Not that Bears fans needed any more salt in their wounds, but it is worth noting that nine years ago they drafted Boise State outside linebacker Shea McClellin 19th overall instead of Jones, who went two picks later to the New England Patriots. McClellin’s N.F.L. career ended in 2016.

The Cardinals’ management of their roster, especially in contrast with the Bears, has Arizona in the driver’s seat heading into the final leg of the regular season.

The Steelers aren’t dead yet.

Props to Coach John Harbaugh for giving his Baltimore Ravens (8-4) a chance to win on the final play of Sunday’s game by going for a 2-point conversion. Down, 20-19, at the end of a pulsating affair, the play call was perfect, but Lamar Jackson just missed tight end Mark Andrews on an out route, and the Pittsburgh Steelers got an emotional win.

Surprise, surprise — the Steelers are still in the playoff hunt, with the win putting them in fighting position for a wild-card spot. Perhaps no team in the N.F.L. has epitomized just how wacky this season has been quite like Pittsburgh. Its flatline moments have been bad enough — that overtime tie with the Detroit Lions in November, for one; an embarrassing 41-10 loss to the Bengals a week ago — that the Ben Roethlisberger era appeared to be nearing an end: Now 39, he reportedly told former teammates last week that this will be his final season.

The Steelers entered Sunday on a two-game losing streak and with their hobbled quarterback looking his age. Two of the team’s former players, Ryan Clark and Ryan Shazier, had publicly ripped the current team and, oddly enough, Coach Mike Tomlin seemed to agree with their assessments.

None of that mattered against Baltimore. With a furious 17-point fourth quarter, Pittsburgh upset the A.F.C. North-leading Ravens. And at 6-5-1, the Steelers are nipping at the Denver Broncos’ heels for that final playoff spot.

Steelers receiver Diontae Johnson played, bouncing back from a dropped touchdown earlier in the game to finish with eight catches for 105 yards and two touchdowns. His second score, a 5-yard catch on third-and-goal with 1:48 to go, proved to be the game-winner.