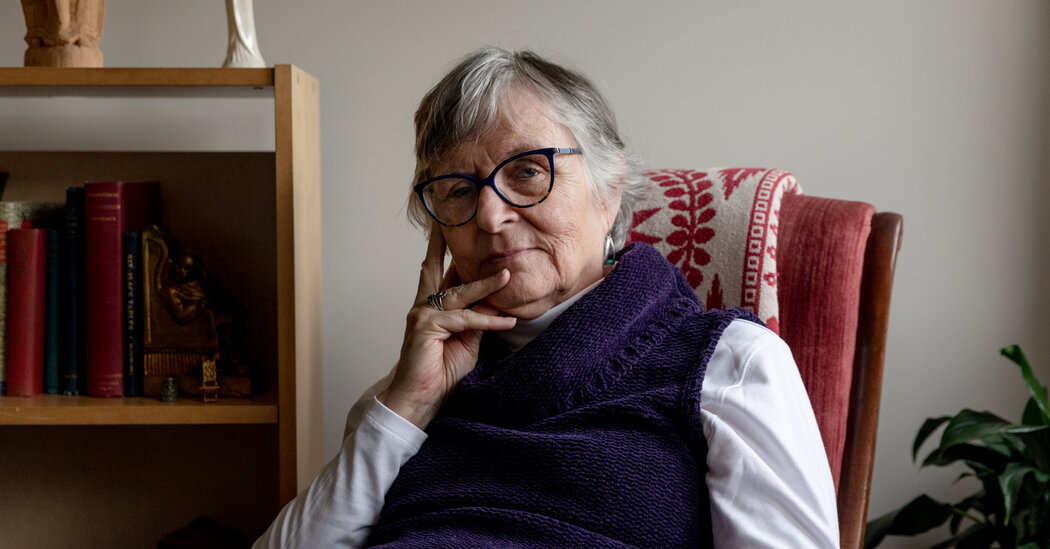 After gray divorce, women’s standard of living fell by 45 percent, Dr. Lin and her co-author found, while men’s decreased by just 21 percent. Repartnering, either through remarriage or cohabitation, helped divorced older women regain their financial footing, but only 22 percent of women repartnered, compared with 37 percent of men. (In Ms. Palazzo’s case: “Not going to happen.”)

Changes in Social Security eligibility and benefits could reduce some of this inequity. The benefit for a divorced spouse, for instance, is half what a widowed spouse can claim. Caregiver credits could partially compensate for years spent in child rearing or elder care.

“The basic rules were written in the 1930s,” Dr. Rutledge said. “They don’t recognize women’s increased employment. They don’t recognize that people don’t stay married for good.” Mandated retirement savings programs (Australia has one) would also help workers whose employers don’t offer them.

It’s possible to see progress in these patterns. “It’s good news that women are working and living independently, emerging as independent economic actors,” said Teresa Ghilarducci, an economist at The New School, noting that younger women were narrowing the gender gap in earnings and savings.

But many women currently approaching retirement may struggle, especially if they’re single like Ms. Hartt. She now lives frugally on a $2,500 monthly Social Security benefit. She drives a leaky 2001 Nissan she will be unable to replace when it dies. “Because I have no family and no savings, what worries me is if I were to become disabled, physically or mentally,” she said.

One piece of luck: In September 2020, she moved into a cheerful apartment in a Section 8 subsidized housing complex in New Haven, for seniors and people with disabilities. The rent comes to $670 a month, including utilities.

“I feel safe,” she said. “I’m at a kind of peace.” And because she hasn’t fully squelched her optimism, she buys a few lottery tickets each week.