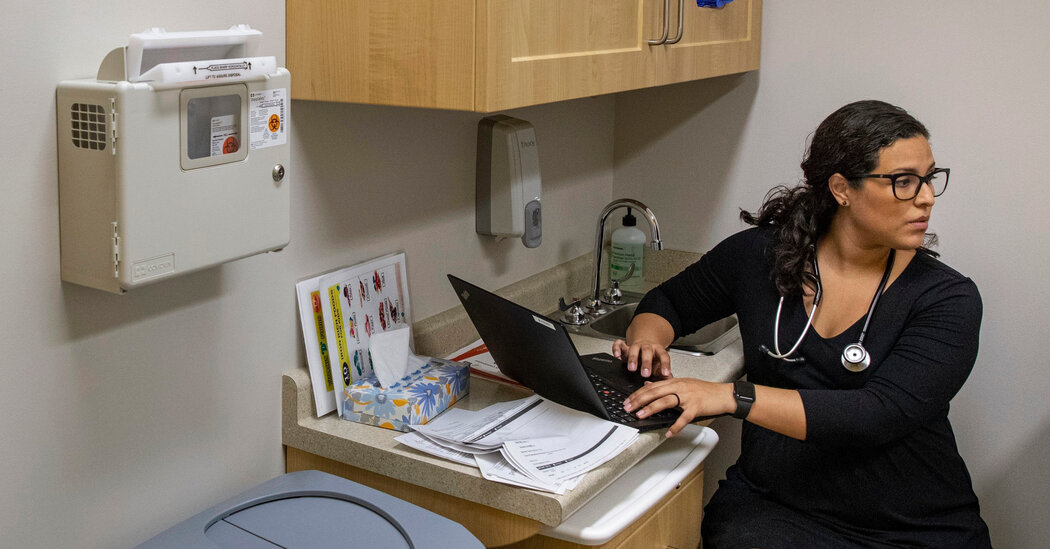 Female doctors make less than their male counterparts starting from their very first days on the job, according to a large new study. Over the course of a 40-year-career, researchers estimated, this pay gap adds up to at least $2 million.

The survey of more than 80,000 physicians, published on Monday in the medical journal Health Affairs, is the largest analysis to date on physician salaries and the first to estimate the cumulative impact of pay gaps in medicine.

“We were able to see that essentially from Year 1 to Year 40 there is a pretty sizable gap,” said Christopher Whaley, the lead author on the study and a health economist at the RAND Corporation, a nonpartisan think tank.

Dr. Whaley’s team used survey data collected between 2014 and 2019. The pay gap has probably widened since then, he said, as the pandemic has driven women in many fields, including medicine, out of the workplace to take on child care and other household responsibilities, lowering their cumulative career earnings.

“This is probably going to accelerate physician burnout,” Dr. Whaley said. “And so that’s just going to further exacerbate these pay issues.”

The researchers analyzed self-reported salary data submitted to Doximity, a social network similar to LinkedIn that claims to reach 80 percent of doctors in the United States. Comparing wages between men and women with the same amount of experience, the researchers estimated that, over a simulated 40-year career, male physicians earned an average of $8.3 million while women made roughly $6.3 million — a nearly 25 percent difference.

In their calculations, the researchers controlled for an array of factors that highly influence pay, like a doctor’s specialty, type of practice and patient volume.

More men, for example, become surgeons — the highest paid of all physician specialties — whereas more women go into primary care. And women have been shown to spend more time with their patients, leading to a lower volume of services and procedures that can be billed for.

Some of these measures are “themselves the likely manifestations of systemic bias or discrimination,” said Dr. Reshma Jagsi, a radiation oncologist and bioethicist at the University of Michigan medical school who was not involved with the new report. For example, studies have shown widespread bias against women applying for jobs in medicine that are traditionally or predominantly held by men. And women in academic medicine are less likely to get big research grants or hold leadership positions.

If the researchers had not controlled for these variables, the estimated pay gap would have been far larger, they said. “Our numbers would roughly double,” Dr. Whaley said.

Even within specialties, the calculated wage gaps were sizable: highest among surgeons, at around $2.5 million, and lowest among primary care physicians, at nearly $920,000.

Although the gaps across all industries have narrowed over the past few decades, almost all professions still pay women less. And the gap is wider among health care practitioners than among people in computer and engineering jobs, for example.

The new study didn’t include data on people who identify as nonbinary or transgender, and did not specify the race of the survey respondents, which prior research has shown is also a big factor influencing physician pay.

Salary information by race “is not systematically recorded really anywhere,” Dr. Whaley said. “And I think that is an important data limitation.”

The salary gaps began at the beginning of a doctor’s career and continued to widen until around Year 10 without recovering, the study found. The gap remained stable for the rest of their careers, with women never catching up to men.

This finding is “distressing, yet unsurprising,” said Dr. Snigdha Jain, a pulmonary and critical care physician at the Yale School of Medicine who was not involved in the study. “Women physicians, who are in the prime of their reproductive years when they start practice, experience insufficient maternity leave, inadequate support on return to work and a disproportionate burden of child care in the subsequent years.”

While roughly the same number of women graduate from medical school as men, women make up only 36 percent of working physicians. Because the new study did not follow individuals over time, it couldn’t capture the effects of this “leaky pipeline” on women’s cumulative earnings, Dr. Jain said.