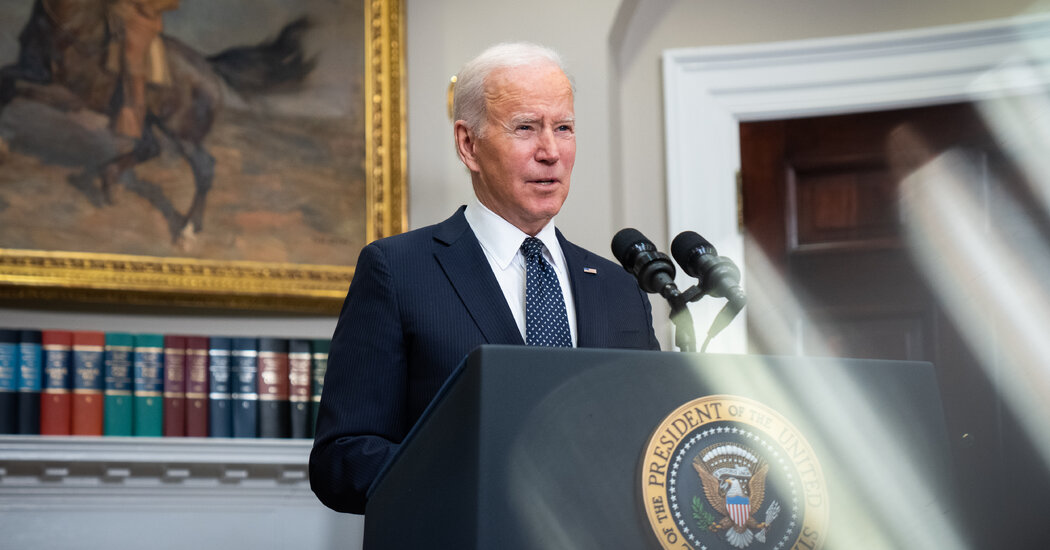 The Dec. 3 document became the first of a series of efforts to declassify intelligence about Russian plans by the United States and Britain, which would come to include details of a Russian sabotage campaign, a coup plot, an elaborate effort to use a faked video to create a pretext for invasion and other false flag operations plotted by Russia’s military intelligence agency, the G.R.U.

Mr. Biden and Mr. Putin spoke by secure video link for an hour and 59 minutes on the morning of Dec. 7, just three days after the declassified document went public. According to American officials, the president offered Mr. Putin a choice: agree to diplomacy or risk severe economic and political consequences from the sanctions that would be imposed after an invasion of Ukraine.

In some ways, Mr. Biden was distinctly prepared for the moment. Having visited Ukraine a half-dozen times over the last decade, he knows the country better than any other American president. His foreign policy team is made up of what are often called “Atlanticists,” who have spent their lives thinking about European security. (Antony J. Blinken, the secretary of state, grew up in Paris.)

Aides also said Mr. Biden’s long history with Mr. Putin made him less susceptible to the Russian president’s tactics. In conversations about Ukraine, officials said that Mr. Putin often liked to expound for long periods of time on minute details of the Minsk agreement, a complicated years-old effort at diplomacy with Ukraine, hoping to confuse the situation.

On Christmas Day last year, the Russian military publicly announced the withdrawal of 10,000 troops from Ukraine’s border, calling it proof that Mr. Putin had no intentions of invading his neighbor any time soon.

Inside the White House, the president and his team were not buying it.

Intelligence officials had seen repeated instances in which the Russians would move a battalion tactical group close to the border, set up the infrastructure necessary for a rapid invasion, and then move the troops back out, leaving a shell that could be used by other battalions, the Russian National Guard or other military forces loyal to Mr. Putin.