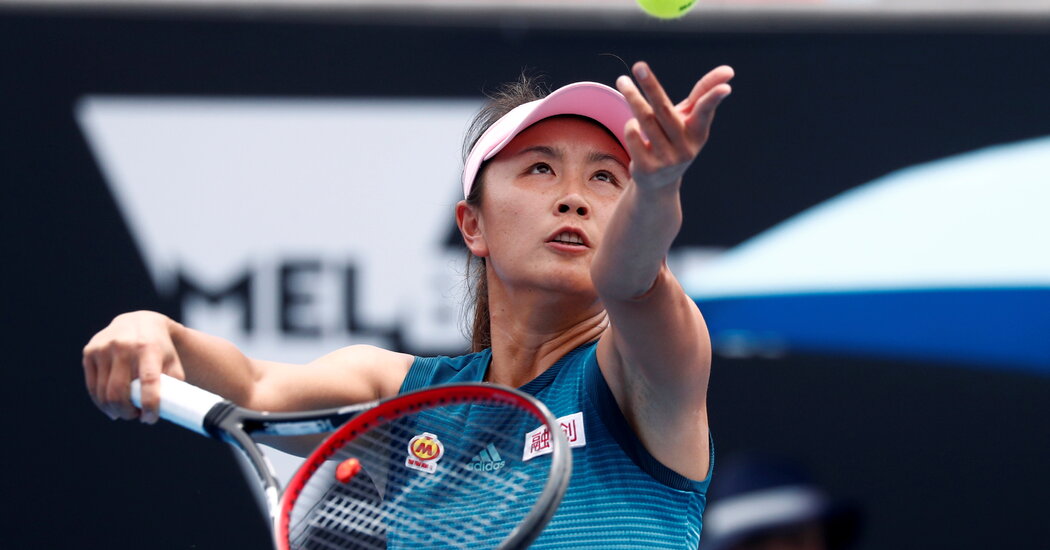 Simon acknowledged that the tour may have little leverage to influence Chinese officialdom.

“I’m not sitting here and thinking that I’m going to solve the world’s problems by any means,” he said. “But what I am here to do is that we have an athlete that’s part of the WTA family that’s come out with serious allegations. We’re going to be 100 percent supportive of that, and we want to see a full investigation on this.

“If that isn’t the case and if they are not cooperative, then we’ll have to make some decisions, and we’re prepared to do so, and that’s the best we can do. But we’re not going to back off this position. It’s the right place to be.”

Chinese authorities have routinely retaliated when faced with outside criticism. In 2019, broadcasts of the N.B.A. were temporarily halted on Chinese state television after Daryl Morey, a former Houston Rockets executive who is now with the Philadelphia 76ers, tweeted his solidarity with pro-democracy protesters in Hong Kong. The league’s commissioner, Adam Silver, later said that the fallout had cost the league hundreds of millions of dollars.

Last month, Boston Celtics games were pulled from the Chinese internet after Enes Kanter, one of the team’s players, called President Xi Jinping of China a “brutal dictator” on social media.

“Look, I can’t speak to the decisions that the N.B.A. made,” Simon said. “They had, obviously, different issues. But in this situation, the WTA issue is about potential sexual assault of one of our players. That is something that simply can’t be compromised.”

The WTA Tour has increasingly focused on the Chinese market over the last decade, culminating with the 10-year deal to stage the tour finals in Shenzhen that began in 2019. Simon said the Chinese organizers planned to invest “more than $1 billion” over the life of the deal, including the cost of a new stadium, and they doubled the event’s prize money to $14 million.

But the 2020 finals, along with most Chinese tournaments, were canceled because of the pandemic. None of the 11 scheduled WTA tournaments in China were held this year as China continued to restrict foreigners from entering the country. The WTA has managed to fill the slots on the calendar with new or temporary events, often with smaller purses. The WTA Finals, which will conclude on Wednesday, were moved to Guadalajara, Mexico, where prize money is a comparatively low $5 million but enthusiasm and crowds have been significant.