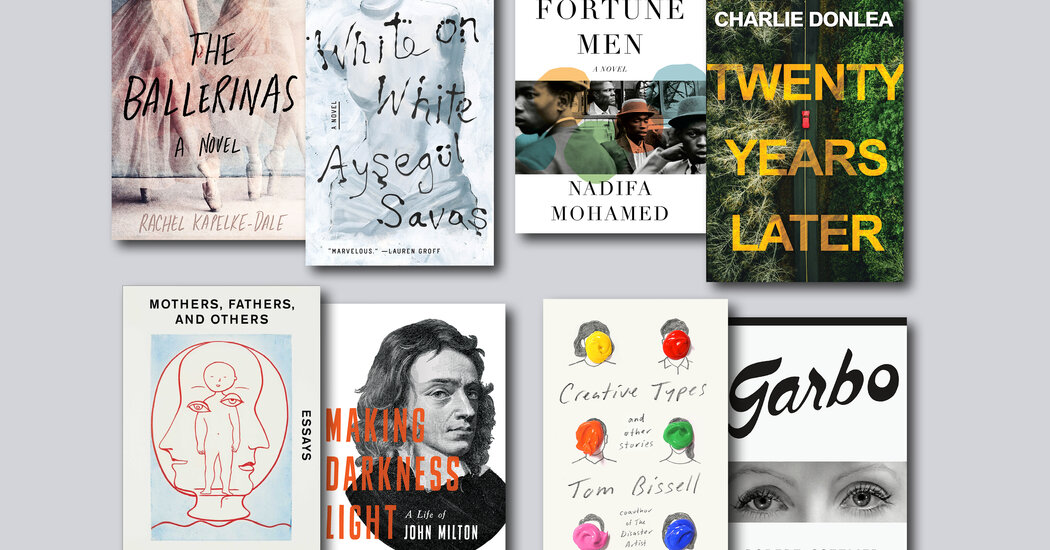 In this debut thriller, three dancers try to conceal their secrets at the Paris Opera Ballet. Delphine is back in Paris after years in St. Petersburg, choreographing a new ballet and hoping to reconcile with her former friends, but their shared past threatens to topple the production.

This novel taps the real-life story of a Somali sailor in Wales who was falsely accused of murder. With this book, Mohamed became the first British Somali writer shortlisted for the Booker Prize, and she said in an interview that writing the novel, despite its tragic premise, was “cathartic.”

Read our interview with Mohamed

A veteran editor of The New Yorker and Knopf attempts to pin down the life of an actress known for her elusiveness. Greta Garbo stopped acting in her 30s and appeared in just 24 Hollywood films, yet left an outsize influence. Gottlieb traces her life from her early years in working-class Stockholm through her later years living as “a hermit about town” in New York, and includes clips from scholars, co-stars and critics that offer fresh perspectives on her life.

An Oxford professor offers an imaginative biography of the 17th-century poet that sets out to capture Milton’s “desire to escape time, to be perennially contemporary.” Readers learn about his adolescence, a pivotal journey to Italy during which Milton met Galileo, and his later years, along with Milton’s own influence on the author.

This new collection draws on Hustvedt’s ancestors, both literary and familial. (The opening selection begins: “My paternal grandmother was ornery, fat, and formidable.”) She touches on her intellectual forebears, ruminates on the allure of mentorship and perhaps above all, wrestles with the peculiarities of motherhood.

Victoria, the mysterious character at the center of this literary thriller, was killed on Sept. 11 while meeting with her lawyer in one of the towers. She had been accused of killing her lover, and her case was essentially forgotten until some of her remains are discovered decades later. But the discovery forces a new reckoning with the truth, leading a journalist and a retired F.B.I. agent to reconsider the mystery.

A graduate student moves to a new city to study Gothic nudes, “an ambiguous topic, whose greatest challenge would be one of consciousness: to view the naked human form as medievals did.” Her conversations with her landlord, a painter named Agnes, veer from artistic meditations to personal history, and the student’s original area of study takes on a deeper dimension.