A Question of Brinkmanship as M.L.B. Nears Deadline 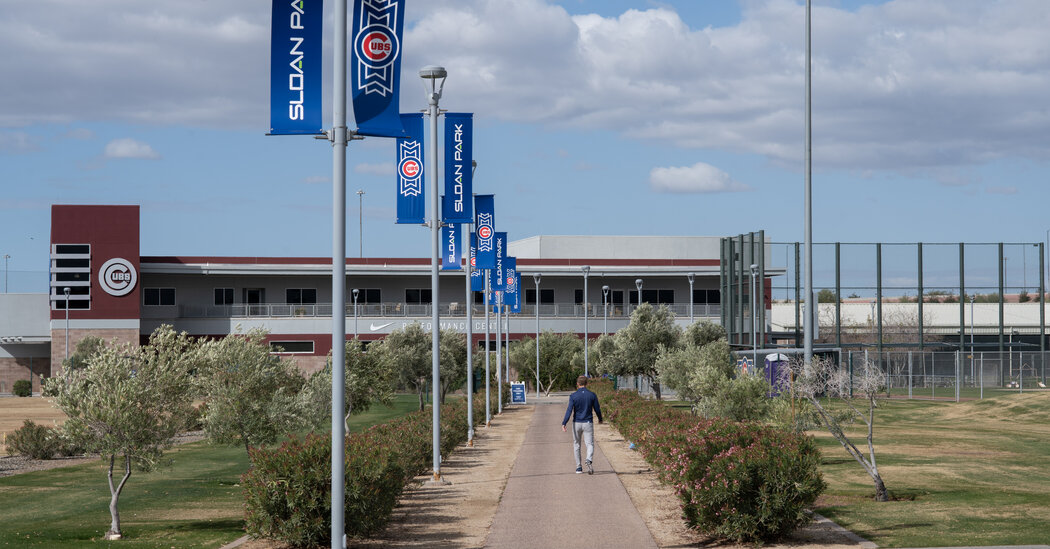 Now, more than two months into a self-imposed lockout, we will learn how seriously Major League Baseball values opening day. It is scheduled for March 31, but that depends on the owners and the players’ reaching a collective bargaining agreement in time for a hurry-up spring training.

How hurried? Four weeks instead of the usual six, and that’s including a blizzard of trades, free-agent signings, arbitration hearings and other business that would have already happened if not for the lockout.

In other words, there’s a whole lot to do for M.L.B. and the union, and not a lot of time. To avoid missing regular-season games — an outcome Commissioner Rob Manfred said would be “disastrous” at the owners’ meetings last week — the league believes it must reach a deal by Feb. 28.

Is this urgency, at last, or simply the fulfillment of a legal obligation to bargain in good faith? The league and the union are planning to intensify talks beginning early next week in New York, with more owners and players arriving in town for multiple bargaining sessions. That’s a nice change to these negotiations, which have proceeded at the speed of a Zack Greinke eephus pitch.

In an open letter to fans on Dec. 2, moments after imposing the lockout, Manfred said the reason was to “jump-start” negotiations. Then the league waited 43 days to make a new proposal.

Manfred is sensitive to criticism about that; he informed reporters last week that telephones work both ways. But the lockout was the owners’ decision — to avoid giving players the chance to stage an in-season strike — so it was on them to make the next move. They were either out of ideas, or simply strategizing for another lopsided win in collective bargaining. Either way, that inaction needlessly stalled the process.

Baseball finally announced the obvious on Friday: At least some spring training games will be canceled. The league said that no exhibitions would be played before March 5, adding that the owners would meet with the union on Monday and were prepared to meet throughout the week.

The issues, in brief: earning power for younger players, luxury tax rates and penalties, a draft lottery to curb the incentive for teams to tank — and much more. The league has said it cannot adjust revenue sharing or expand eligibility for salary arbitration, two areas the union hopes to change. There will be increases to the minimum salary, and both sides have agreed on the concept — but not the particulars — of a bonus pool to spread among the best players not yet eligible for arbitration.

New operating rules will obviously have important long-term effects on the game. But the most tangible immediate change, beyond the universal designated hitter, will be an expanded playoff field. That is what the owners want most, but they need the players’ consent.

Players are not missing their salaries yet; they are paid only during the regular season. But they are nursing years of frustration and have eagerly sought an opportunity to change a system that savvy front offices have easily manipulated. Salaries have plateaued while revenues have risen.

So unless those first missed checks really do shatter the union’s resolve, we could be waiting awhile. Owners make relatively little of their ticket revenue in April, anyway, and their lucrative postseason dollars are still far off.

We saw a preview of this in 2020. With no fans in the regular season because of the pandemic, the owners consented to just 60 games that gave full pay to the players. It was a quickie dress rehearsal for a supersize postseason, with an extra round swelling the field to 16 teams as a one-year cash infusion. After holding the 2021 season under the old format, the owners are eager to juice the playoffs again.

“It’s good for players and for clubs,” Manfred insisted last week. “It’s also good for our fans, the vast majority of whom enjoy playoff baseball. We think that the format will encourage more clubs to compete and give more players the opportunity to participate in the postseason.”

Sure, the fans enjoy playoff baseball. But it’s like that famous Reggie Jackson quote about Nolan Ryan: “Every hitter likes fastballs, just like everybody likes ice cream. But you don’t like it when somebody’s stuffing it into you by the gallon.”

Get ready to be stuffed with playoff teams: 14 in all, representing nearly half of the 30-team league. In the owners’ proposal, the top-seeded team in each league would receive a first-round bye, while the other two division winners and the top wild card team would choose their opponents from among the lower three wild cards.

A best-of-three series would follow, with the higher-seeded team hosting all games. That would lead into the division series, league championship series and World Series. The players have agreed to expand the playoffs, too, though they are calling for 12 teams instead of 14.

Was anybody paying attention last fall? Teams were so careful with pitchers’ workloads that starters were incapable of pitching deep into the postseason game. Atlanta and Houston needed 26 pitchers to cover the six games of the 2021 World Series — and only one of those pitchers, Max Fried, worked more than six and a third innings, total. But, hey, that was probably just a pandemic-related outlier. Let’s add another playoff round and see how those arms hold up.

Baseball is so prone to randomness that the sport is already equitable in distributing championships, with 15 different World Series winners since 2001 — and that’s not including Milwaukee, Tampa Bay and a few other well-run franchises that often come close. If a team cannot claim one of 10 playoff spots across the course of 162 games, it doesn’t deserve a chance at the World Series.

Yet there is money to be made, so baseball must grab it. That’s why you’re bombarded by advertisements — on the grass in foul territory, on the dirt at the back slope of the mound, on every inch of wall space encircling the field. And starting in 2022, teams will stitch advertising patches to game jerseys.

Many folks may not care about that; basketball, soccer and NASCAR fans don’t seem to mind. But from here it looks like a tacky cash grab, symbolizing a mind-set in which it’s fine to lower your standards — of competitive integrity, of visual charm — as long as it makes you richer.

In the end there will be some sort of compromise on the core economic issues — let’s retire that phrase after these negotiations, please — because there always is. What’s missing is a spirit of true cooperation for the good of the game, which means that future crises will be more damaging than they need to be. The sport and its fans deserve better.