Do You Know Where Your Sweater Came From? 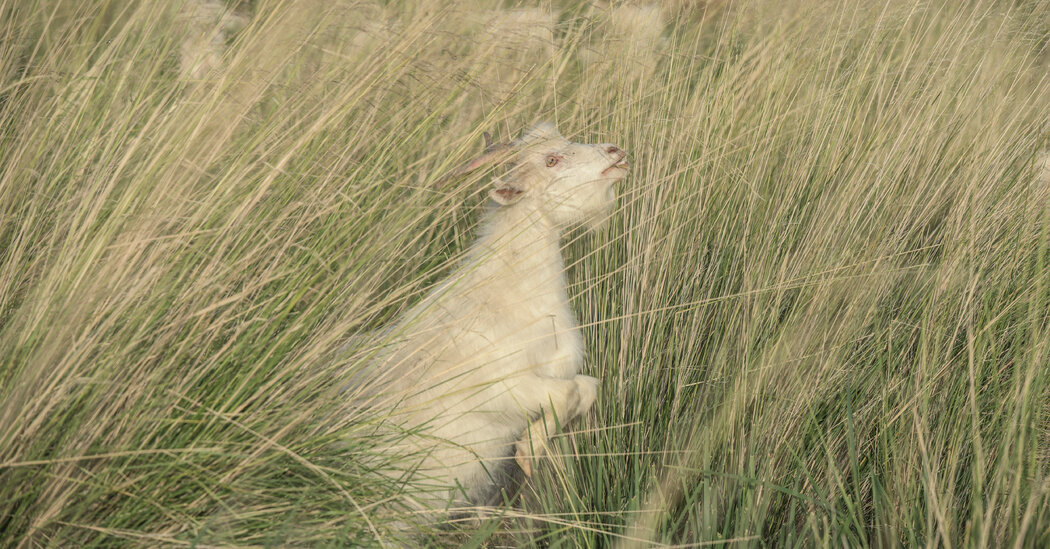 Just under a decade ago, I wrote a column about an extraordinary new initiative, courtesy of Fendi, called Pesce d’Aprile, in which a customer could travel to a crocodile farm in Singapore, select the reptile from which their handbag would be made and then follow its progress via an app. Billed as the fashion equivalent of “know your food,” it was the first of its kind.

It was also entirely made up (by me): an April Fool’s joke invented to highlight the lengths to which fashion brands would go to distinguish themselves — and the fact that, increasingly, customers were interested in the origin of their products.

Except now, finally, the joke’s on me.

Loro Piana, the luxury brand known for its plush, understated knits that look as if they have been woven from liquidized bank notes, has embarked on a program that will allow customers to trace every step of production of one of its baby cashmere sweaters from goat to store.

It may seem like a simple thing: How can a brand not know exactly where and how its products are made? Yet the fashion supply chain is so complicated, its many moving parts spread out over so many countries and processes, that for most of us the origin stories of our clothes are almost entirely opaque.

“We have a belief that companies know where things are coming from, and in actual fact many companies lost that ability quite a long time ago,” said Maxine Bédat, the founder of the New Standard Institute, a nonprofit founded to define and create a framework for fashion’s sustainability claims. “The more products you add to your offering, the more diffuse and complicated the manufacturing becomes, and as a result it is very rare today for fashion companies to both be able to trace their full supply chains and be willing to disclose them.”

Consider the fact that the average merino wool sweater will travel 18,000 miles over the course of its production before it reaches a store shelf, according to Bamford, the British farm-to-table luxury brand.

Tracing that journey is easier, of course, if a brand is small enough to do everything itself or if a new brand is built with transparency in mind. But few founders were thinking that way even a decade ago, and almost no brand owns every step of the process of creation, from farm to finished product.

For the consumer in search of a holiday present, that means it is extremely difficult to know, as you browse the shelves looking for the perfect chunky knit or comfortable wrap, whether what you are seeing has been made responsibly, with environmental and social factors in mind.

That’s why, two years ago, Loro Piana, which was bought by LVMH for $2.6 billion in 2013, decided to pin down its processes so that it can now include a garment tag telling potential buyers that “this knitwear has been coming from a bale that was taken in that specific region in that year or that month of that year,” said Fabio d’Angelantonio, the former Loro Piana chief executive (he was replaced in late October by Damien Bertrand). And that bale originated on the backs of that herd.

The project was introduced earlier this year with Loro Piana’s vicuña products and will be extended to include cashmere and baby cashmere, the company’s biggest sellers. Given that the average Loro Piana cashmere sweater will be touched by approximately 100 hands in at least three countries as it makes its way from Mongolia to Italy to its final store, and involve more than 13 different processes over a period of 18 months to two years, that was no small undertaking.

Arguably such traceability was possible only because the luxury brand has the … well, luxury, of knowing its herders — it has been sourcing, spinning, weaving and finishing cashmere since 1924 — and because its extremely well-heeled customers are willing to pay for the information. And Loro Piana is gambling that increasingly it will be part of the fashion value proposition. That each physical gift should also bring with it the gift of knowledge.

From Goat to Coat: How a Loro Piana Sweater Gets Made

At the beginning of spring, cashmere collection begins in Inner Mongolia in northern China and in Mongolia. In many cases, the herders have worked with Loro Piana for generations. The process occurs only once a year.

The goats have nature to thank for their annual buzz-cut. Cashmere goats are double-coated animals, which means they produce two kinds of hair: external and underfleece. The underfleece protects goats from the extreme cold temperatures in the region and starts to grow in September and October, when temperatures begin to drop. By May, the underfleece has grown to its fullest potential and is ready to be collected by the herders. The goats are not losing much — the fleece would fall off naturally.

Fun fact: All cashmere is wool, but not all wool is cashmere. Wool is a catchall term used to describe the soft undercoat of some animals (sheep, alpaca, goats, etc.). Cashmere refers specifically to the highly prized fiber of cashmere and some other breeds of goats.”

Across the region, ranchers like Ha Si Ba Gen earn a living raising and herding goats. The country of Mongolia produces a third of the world’s cashmere, and the luxury fabric accounts for 40 percent of the country’s nonmineral exports.

Animal and labor conditions are audited by “accredited third parties,” a representative of Loro Piana told The Times. After all, as Mr. d’Angelantonio, the former chief executive of the company, said, it was in everyone’s best interest to maintain excellent conditions. “The wool of a happy sheep is a better wool than a very stressed sheep,” he said.

When the haircuts are over, herders typically sell the wool to a third-party collector, who will then sell the materials — a mix of cashmere wool from dozens, if not hundreds, of local farms — to various brands. In this case, the cashmere is delivered to Alashan Zuo Qi Dia Li Cashmere in Inner Mongolia, a third-party “cooperation” partner in the Loro Piana production chain since 2005. There the wool is cleaned and inspected.

Though Loro Piana had explored building its own facilities in Inner Mongolia, it has instead formed long-term relationships with local partners. A representative of the company explained that it has sought a production facility in China suited to its specific needs, but the difficulties of operating there as a foreign company have proved insurmountable. As a result, Alashan Zuo Qi Dia Li Cashmere plays a key role in the creation of Loro Piana garments, taking responsibility for the first round of cleaning before the wool even leaves the area.

From there, the cleaned cashmere is trucked to Beijing or Ulaanbaatar, the capital of Mongolia, for strenuous quality-control testing. Keen eyes check for the occasional dark hair hidden in the white wool. (These hairs cannot be dyed and are harder to spot and remove later on.) Then the bales of cashmere are transported to a laboratory in Roccapietra, Italy, (population: 646) for yet another round of quality control.

Next stop: the Loro Piana factory in Quarona, Italy, which was founded by the Loro Piana family in 1924. The lots (an industry measurement) of cashmere are transferred to a blending machine, which opens up the fibers and lays them flat for the first time. This process allows for easier manipulation.

After getting carded (disentangled and cleaned), the fibers are loaded into a spinning machine. Simply put, this is where the fibers become yarn and the yarn becomes fabric.

Now the yarn is ready to take on some color. Loro Piana uses exclusive formulations of dyes for its garments.

Actual garments are finally ready to be constructed, a process that is usually performed by state-of-the-art knitting machines. Once the garments are finished, they are inspected by expert eyes. Finally, they are packed up to be distributed to Loro Piana’s 178 physical stores, e-commerce channels and various retail partners.

The time span between collecting a baby goat’s underfleece and a sweater landing on a store shelf is up to two years. Officials at Loro Piana estimate that more than a hundred hands can play a role in the creation of one garment. A Loro Piana cashmere sweater typically starts at $1,000, and more complicated designs cost between $2,000 and $3,000. And the goats grow out their hair again.