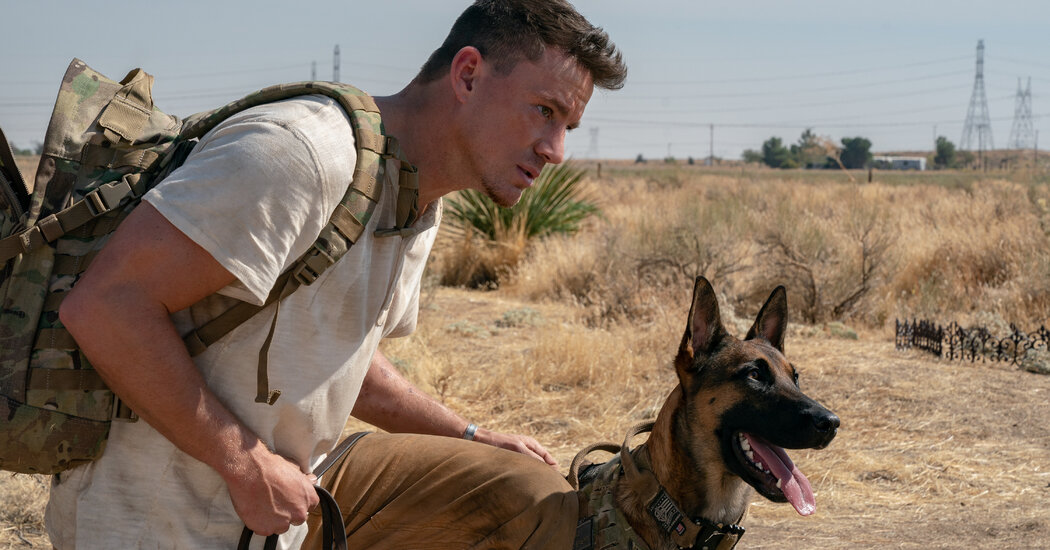 Road comedies that pair an animal and a movie star are a minor genre unto themselves. The best examples, in my opinion, involve Clint Eastwood and an orangutan named Clyde, though the recent one with Eastwood and a rooster wasn’t bad. Channing Tatum is a different kind of screen presence — sweeter, chattier, bulkier — and in “Dog,” which he directed with Reid Carolin, he amiably shares the screen with (spoiler alert!) a dog.

She is a Belgian Malinois named Lulu (played by three talented canines), and she has served in the U.S. military in Iraq and Afghanistan. So has Tatum’s character, Jackson Briggs, a former Army Ranger living in a cabin in the Northwest. A history of brain injuries has kept him out of action, but he hopes that a good word from his commanding officer will give him a chance to go back overseas.

To make that happen, Jackson agrees to accompany Lulu from Fort Lewis, Wash., to Nogales, Ariz. The reason for the road trip is the funeral of her handler, a Ranger whose death in a car crash haunts Jackson and the film. While “Dog” is a man-beast buddy movie, it’s also preoccupied with grief, trauma and the challenges of post-combat life. Lulu and Jackson are both wounded warriors who must learn to trust each other and help each other heal.

“Dog” is unabashedly sentimental. A movie about a dog and a soldier could hardly be otherwise. Luckily, Tatum’s self-deprecating charm and Carolin’s script keep the story on the tolerable side of maudlin. It’s also circumspect about Lulu and Jackson’s experiences of war, which is vaguely understood as something horrible but also glorious. Neither one is as complex as a real dog or a real man would be, which makes the movie an easy watch, but at the cost of some credibility. It’s friendly and eager to please, but it won’t quite hunt.