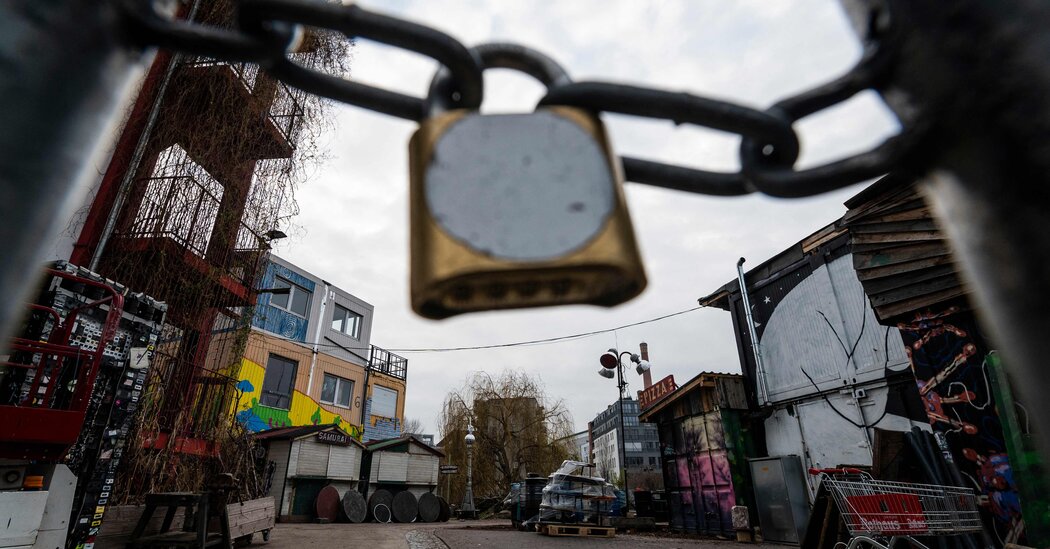 The Omicron variant is blazing around the world with such speed that even the leader of Israel, one of the most highly vaccinated countries, warned on Tuesday that it cannot be stopped.

“We can’t prevent it,” Prime Minister Naftali Bennett said, in blunt comments that reflected a growing consensus in nations where Omicron is circulating: The virus is moving too fast to catch.

That daunting notion — backed by data from nations where Omicron is spreading rapidly only a month after it was first detected — is tempered by early evidence that the variant causes milder symptoms, with vaccinations and boosters helping prevent serious illness and death.

Experts worldwide have expressed concern that the sheer number of people likely infected could create a flood of patients, overwhelming already stressed health care systems. But that concern is running up against those who argue that it is time to accept that the virus is endemic, and that countries should move away from lockdowns and toward more relaxed rules, including shorter quarantines.

John Bell, a professor of medicine at Oxford University and an adviser to the British government, said that Omicron was “not the same disease we were seeing a year ago.”

“The horrific scenes that we saw a year ago of intensive care units being full, lots of people dying prematurely, that is now history, in my view, and I think we should be reassured that that’s likely to continue,” he told the BBC on Tuesday.

Britain appears to be a few weeks ahead of most other nations in confronting the first wave of Omicron infection and, for the moment, has decided that the evidence does not warrant new restrictions.

While the latest figures in Britain are incomplete because of the Christmas holiday, data published on Monday indicated that more than 300,000 new Covid cases had been recorded between Saturday and Monday.

But Chris Hopson, the head of N.H.S. Providers, the membership organization for England’s health staff, said that while hospitalizations across Britain had risen, it was not a precipitous jump.

“What’s very interesting is how many are talking about number of asymptomatic patients being admitted to hospital for other reasons and then testing positive for Covid,” he said of conversations with heads of hospitals, in a series of posts on Twitter.

“Some are describing this as ‘incidental Covid.’”

Professor Paul Hunter, an infectious disease expert at the University of East Anglia, said the approach to the current rise is a complicated one.

“If health services are likely to come under such pressure that they could collapse then implementing control measures now would be the right thing to do,” he wrote in a post on Twitter. “But tighter control measures carry a real risk, and not just to mental health, the economy, etc.” Forcing a change in behavior would not prevent infections, just delay them, he said. So further restrictions now would reduce the peak of a surge in cases and could ease short-term pressure on health services, but also extend the wave, he added.

“So is it better to reduce the peak now but with the risk that because of waning vaccine immunity overall more people may suffer severe disease in the long term?” he asked. “That is what makes this decision so difficult. There is no easy answer.”

And Britain is hardly united in how to respond to the moment. Scotland, Wales and Northern Ireland all added new curbs this week to slow the spread of Omicron, largely focusing on reducing indoor mixing.

Across Europe, divisions can be seen in how to respond to what Prime Minister Jean Castex of France on Monday called a “film without ending.”

The rapid spread of the Omicron variant has seen a record number of cases surge in France, putting extra pressure on intensive care units in public hospitals.

In response, the government will pay intensive care nurses an extra 100 euros, about $113, a month.

All the tools the world has grown familiar with over the past two years — lockdowns, passes proving vaccination status, limits on private gatherings, mask mandates, social distancing — are being deployed to different degrees across the continent.

And pushback continues to build.

On Monday night, thousands of people took to the streets of Germany to protest new measures under which all nightclubs will be closed, private meetings of more than 10 people will be banned and further restrictions will be put in place on movie theaters and cultural and sporting events.

Rallies on Mondays have had special resonance in Germany since weekly demonstration walks on that day helped bring down the Berlin Wall in 1989.

In Mecklenburg-Vorpommern, a northeastern state, about 15,000 marchers took part in protests in several cities, according to police estimates.

With or without regulations to curb the spread of the virus, positive test results are disrupting businesses around the world. Over the Christmas holidays, Omicron wreaked havoc on global travel, entertainment and sporting events.

In an attempt to limit the disruption, the Centers for Disease Control and Prevention on Monday shortened the recommended time that Americans should isolate after testing positive for Covid-19 if they are asymptomatic — to five days, instead of 10.

The first case of Omicron in the United States was only detected on Dec. 1, but the C.D.C. estimated on Tuesday that it accounted for more than 58 percent of coronavirus variants circulating in the country last week.

That rapid spread and the dominance of Omicron mirrors what has been seen around the world.

In Israel, more than half the daily infections are now estimated to be from Omicron, according to experts, and the variant is expected to overtake Delta as the dominant one in the country within days.

Among those who tested positive for the coronavirus on Sunday was Mr. Bennett’s own daughter, who is 14 and vaccinated, according to his office.

Mr. Bennett, who has tested negative so far, is working in isolation.