For Ukraine’s Jews, the Threat of War Stirs Memories of Past Horrors 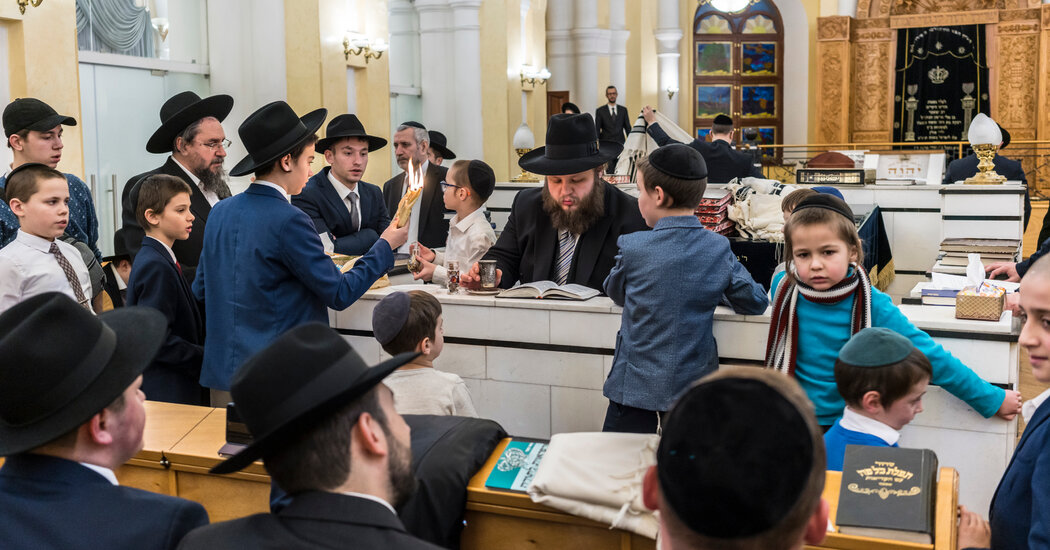 Military officials and analysts agree that any large-scale military action against Ukraine is likely to begin in the east, yet Odessa would present a clear target. It is home to the country’s largest ports and is the headquarters of Ukraine’s Navy. It is flanked by Russian-occupied Crimea to its east and the Russian-backed separatist enclave of Transnistria, in Moldova, to its west, a region along Ukraine’s Black Sea coast that Mr. Putin has referred to using the czarist-era name, Novorossiya, or New Russia.

Odessa also sits just a few hundred miles from where Russian naval forces have been carrying out massive military exercises in the Black Sea, and some ships are close enough to reach the city in a matter of hours.

Like the eastern regions of Donetsk and Luhansk, Odessa was the site of a pro-Russian separatist uprising in 2014 that sought to create an independent state. Unlike the eastern territories, the independence movement was quashed after a series of pitched street battles pitting the separatists against Ukrainian nationalists and soccer hooligans, which culminated in the torching of a trade union building on the outskirts of Odessa. At least 40 pro-Russian activists were killed.

The current conflict between Russia and Ukraine is not entirely straightforward for the Jews. Particularly in Odessa, most Jews, as well as much of the city, speak Russian rather than Ukrainian, while many Jews have family and congregational ties that stretch across borders. But while some expressed annoyance at the Kyiv government’s recent efforts to enforce laws requiring that the Ukrainian language be used in official settings, they dismissed the idea, repeated often by Mr. Putin and his subordinates, that Russian speakers, Jews or others, might need rescuing by Russian forces.

Pavel Kozlenko, the director of the Museum of the Holocaust, who lost 50 members of his family at the hands of the Nazis and their allies, accused Mr. Putin of betraying the memory of the “common victory” of World War II. Then he told a joke, as Odessans often do in dark times, about two Jews standing on the street speaking in Yiddish.

“A third comes up and says, ‘Guys, why are you speaking in Yiddish?’” Mr. Kozlenko said, “to which one of the Yiddish-speaking men replied, ‘You know, I’m scared to speak in Russian because if I do Putin will show up and try to liberate us.’”