Hank the Tank, a 500-Pound Bear, Ransacks a California Community 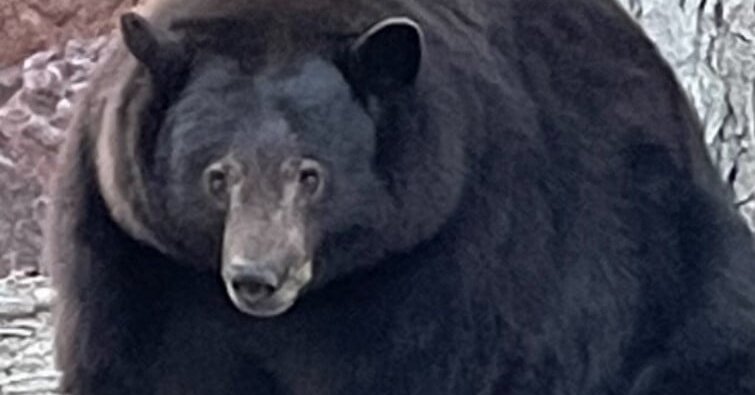 But Hank’s penchant for breaking into homes, which was reported by KRNV-TV in Reno, Nev., did not slow in the winter, leading the state wildlife authorities to believe that he never went into hibernation, Mr. Tira said. Sometimes bears do not hibernate if they have year-round access to food, he said.

Hank did not wander into a trap set for him this month, so the authorities are brainstorming a new approach, with euthanasia being their “last option,” Mr. Tira said.

If officials move the bear to another area, that could simply relocate the problem, he said, adding that all the sanctuaries are too full to take Hank.

And that is the point of contention between the California wildlife authorities and the residents of Tahoe Keys. Many of the residents want to see Hank sent to a sanctuary and not euthanized, Ms. Bryant said.

Black bears have roamed the area for generations. They have coexisted with the residents, who have learned not to leave food out and to seal their trash in bear-proof containers. Still, bears have occasionally caused trouble in the area. In 2007, The New York Times described the animals as “home wreckers.”

The bear situation took a turn during the coronavirus pandemic, when some people moved to the area to work remotely. New residents were not all “as bear aware as they should be,” Mr. Tira said. And after people fled South Lake Tahoe during the Caldor fire in September, the bears assumed the place of humans, walking the streets and checking out homes, he said.

Even though the neighbors do not want Hank to vandalize their homes, they want him to be treated with respect, Ms. Bryant said. The state authorities took down a bear trap in the area after someone spray painted “Bear Killer” on it.