How Jonathan Larson Taught Me to Become a Better Critic 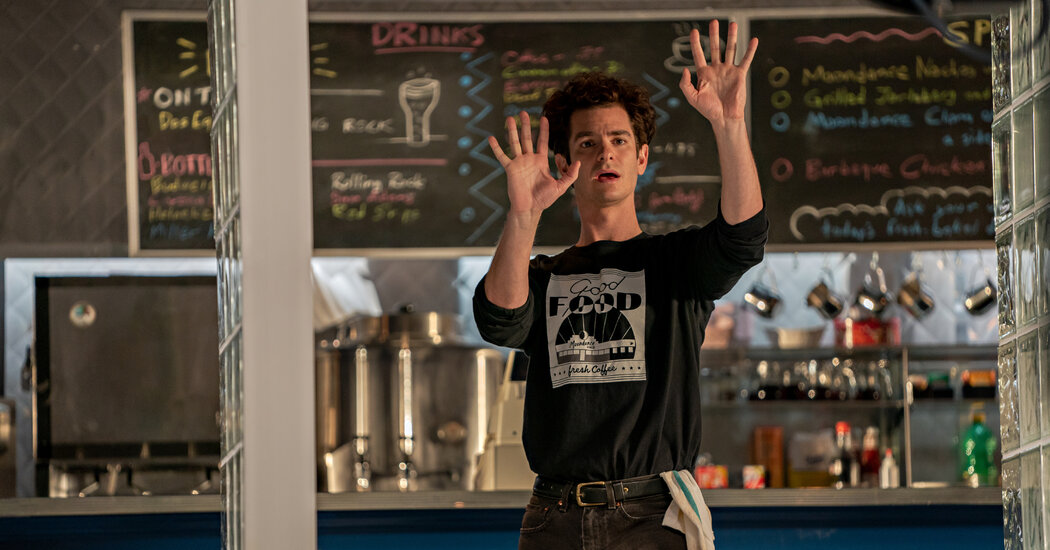 I watched “Tick, Tick … Boom!,” Netflix’s film adaptation of the Jonathan Larson musical, four and a half times in the span of three weeks. I’ve listened to the soundtrack three times, with the exception of the opening song, “30/90.” That I’ve listened to at least a dozen times.

When you replay a song that often, whole verses start to inscribe themselves into your memory. You begin to see beneath the surface, unearthing the bones of the music: a key change, a tempo shift, a bluesy bass line that sashays in and is gone in an instant.

When I talk about Larson’s work, I get romantic. That’s been the case since I was 15, thanks to his Pulitzer Prize winning musical “Rent,” and now, thanks to “Tick, Tick … Boom!” But there’s a vital difference in the way I engaged with his work then versus now: Then, it was as a fan just beginning to discover an art form that would shape her personal and professional life; now, it’s as a critic who better understands the possibilities of musical theater.

But I still have a ways to go — I’m continually learning how to be a better fan and critic of the theater, and 26 years after his death, Jonathan Larson is my unlikely mentor.

“Tick, Tick … Boom!,” Larson’s precursor to “Rent,” is a musical about the playwright’s attempts to get his dystopian rock musical, “Superbia,” produced. His ambitions and anxieties create tension with his girlfriend and his best friend, whom he pushes to the sidelines.

Though Larson’s show stars a composer named Jon and is, in large parts, autobiographical, the film — written by Steven Levenson and directed by Lin-Manuel Miranda — bridges the gap between the writer and his work, making Larson himself the protagonist. We shift back and forth between his staged production of “Tick, Tick … Boom!” and the correlating events in his life.

The film casts an affectionate eye on Larson’s life and legacy. Larson (Andrew Garfield, who was recently nominated for an Oscar for the role) is an innocently aloof artist and yet also intimately present, transparent to the audience through his songs, which seem to erupt from the top of his head in an effervescent gust of rhythm.

Garfield bounces across the screen with the energy of a child on a trampoline; his downright kinetic performance is a flutter and flush of gestures, limbs jerking and flailing in all directions. In some scenes, Larson stops to consider a thought or a phrase; his head cocks to the side and his jaw relaxes open, just slightly, as though to make room for new lyrics to fly out. It’s kooky. And endearing.

As is the world Miranda builds: a bespoke version of 1990 New York City for theater nerds, where André De Shields strolls in as a haughty patron at the Moondance Diner, where Bernadette Peters is having her coffee and where three of the original “Rent” cast members (Adam Pascal, Daphne Rubin-Vega, Wilson Jermaine Heredia) are bums singing on the street.

That I even recognize so many of those faces is because of Larson.

I’ve already written about my love for “Rent,” a love I share with my mother — how it provided a Bohemian fantasy that could be the repository of my teenage insecurities, anxieties, rages and woes. I also discovered the musical around the time I was taking baby steps toward becoming a critic, writing arts pieces for my high school newspaper.

Larson taught me that the constellation of notes in a score has space enough to hold immense grief and irrepressible delights. That a musical doesn’t have to be breezy and carefree, nor campy and dated. It could be bold and contemporary — even tragic. Or as strange and subversive — “Rent” is full of sex and drugs, bonkers performance art and mentions of B.D.S.M. — as any form of art.

The musical, I came to appreciate, has a nested structure: The book is the spine, and each song in the score contains its own micro-narrative, its own voice, conveyed through music.

I still love “Rent” like I did when I was 15, but as my affections for it have aged, they’ve taken on the sepia tone of nostalgia.

I’m not the same person I was a teenager — thankfully. I’ll raise a glass to la vie boheme but won’t stay out with the eclectic crowd at the Life Cafe for quite as long.

Watching the “Tick, Tick … Boom!” movie for the first time, I immediately fell hard for “30/90,” which felt adapted from my own experience. Long before I became a critic, I was an artist, and I’ve always worked under a self-imposed sense of urgency; when I was a kid, I expected to be a famous poet, journalist and novelist by the time I was 25.

When I turned 30, in the middle of our first pandemic summer, I had a monthlong existential crisis. Hitting that milestone age, as Larson sings in “30/90,” means “you’re no longer the ingénue.” I still fret needlessly about time and mortality, clinging to the same clichéd, self-important worries about one’s legacy that so many artists do, Larson included.

At some point, as I rewatched the film after an anxious and depressed afternoon, I recalled how I used to do the same with “Rent.” Again Larson helps, not just in those joyless moments of mental panic but also in the moments of joy, when I sing along to the new film’s “Boho Days” while preparing dinner, shimmying over the kitchen counter.

But I must admit that “Tick, Tick … Boom!” gave me pause when Larson’s work is being workshopped by Stephen Sondheim and a theater critic. Sondheim recognizes the potential in Larson and in the piece, while the critic quickly dismisses it. Seeing the critic’s closed-mindedness and pretentious posturing, I wondered: Have I done that? Have I failed a work of art in this same way?

“Tick, Tick … Boom!” didn’t enlighten me about the creative and economic plights of the artist; I’ve toiled through enough poems, applications and submissions to know that well enough on my own. But it did offer me entry into the mind of a theatermaker: the way he develops musical motifs; knits the songs together into a narrative (the missing song in “Superbia” that becomes “Come to Your Senses” in the film); and finds inspiration from other works (Larson’s love for “Sunday in the Park with George” joyously morphs into a diner scene).

In the film, Larson is unsettled by the critic’s critique of his musical’s splay of themes and styles (“I’m lost. I don’t know what the show is,” the critic says. “Is it rock, is it Broadway, is it both? Is it neither?”). He goes on to write a musical just as varied, but that nevertheless coalesces into an adventurous — yet still cohesive — work.

Repeated viewings of “Tick, Tick … Boom!” have left me with pattern recognition; I noticed how its songs bear the early imprints of “Rent.” “Johnny Can’t Decide” has the same emotive qualities as “One Song Glory.” The harmonies of “30/90” recall “What You Own.” And every time I hear the guitar riff at the beginning of “No More,” for a brief second I think I’m hearing the intro to the title song from “Rent.”

Larson has given me one more lesson. Every time I encounter his work, it forces me to confront head-on the most futile labor that defines my occupation: finding language to describe art. As an artist, I hope my work will exceed definition, but as a critic, I need to do just that to the best of my ability. Criticism hopefully evolves with the critic, as new work constantly challenges her to grow and adapt — and as new work refreshes her love for the genre.

At least that’s the lesson I have today, on my couch, with a scene from “Tick, Tick … Boom!” once again frozen on my screen. There’s Garfield, as Larson, standing in the middle of the Moondance Diner during Sunday brunch as everything around him slows down.

He looks around, and the diner is transformed by his imagination. And just like that, he’s writing a new song. Who knows what else Larson will offer me when I hit play again tomorrow?