How Republicans Could Win Control of the House 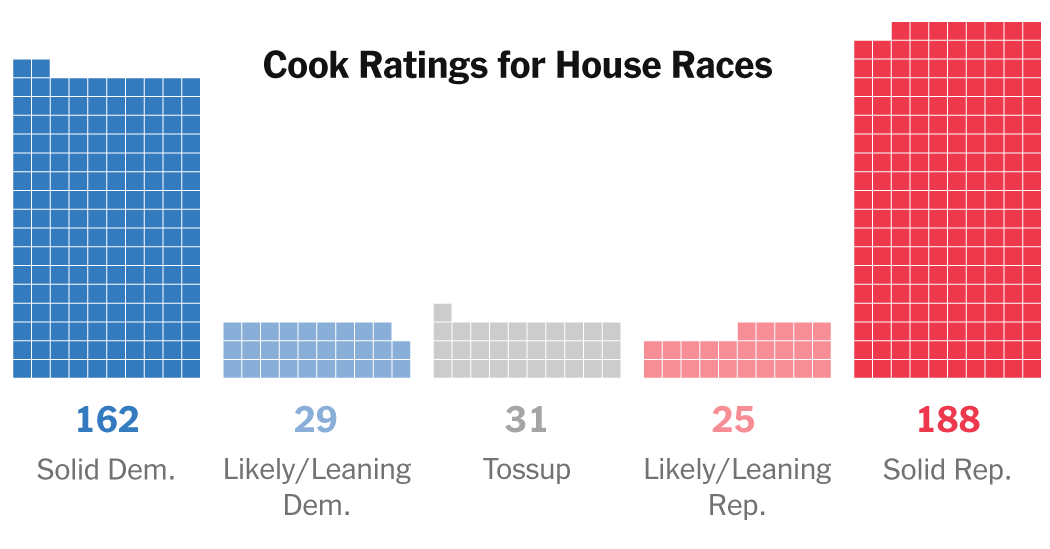 The political winds that once favored Republicans in the coming midterm elections appear to have shifted in the Democrats’ favor, but in the quest for the House, geography may be destiny. Many congressional district lines were redrawn this year to favor one party or the other so much that even a hurricane-force gale cannot overcome the new built-in biases.

In the few seats where Democrats can go on the offensive, they are homing in on abortion as a voting issue. Republicans are maintaining a focus on the economy while also campaigning on worries about crime in suburban and exurban districts around Seattle, Portland, Cincinnati and Cleveland. They are also trying to use a surge of migration to expand their territory in border districts in Texas and New Mexico.