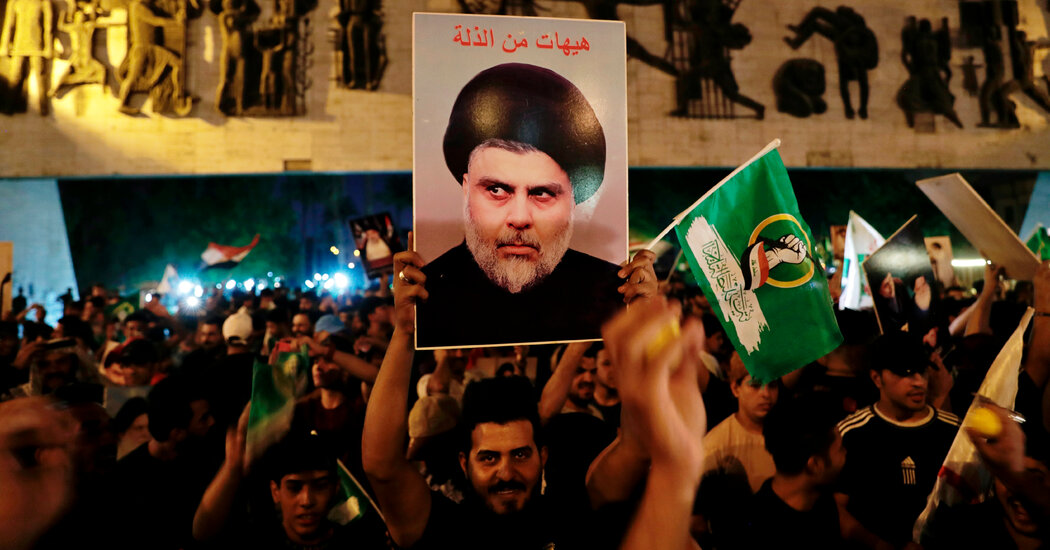 Iraq’s Federal Supreme Court on Monday upheld the results of the country’s October parliamentary elections, resolving a dispute that had stalled the formation of a new government as Iran-backed Shiite Muslim militias contested gains by a rival Shiite political bloc.

The court certified the victory of Muqtada al-Sadr, the influential Shiite cleric who is regarded as a possible ally, if a wary one, for the United States in Iraq. His party won 73 of the 329 seats in Parliament, more than any other and up from 54 in 2018. It handily beat an alliance of Iran-aligned militias led by the Fatah coalition.

For Fatah and its allies, Mr. al-Sadr’s victory upset the traditional balance of the Shiite powers that have dominated Iraqi politics since the fall of Saddam Hussein almost 20 years ago and threatened to dent Iranian influence in Parliament. Mr. al-Sadr — an Iraqi nationalist whose forces once battled the Americans but who is now viewed as more hostile to Iran — is poised to play a strong role not only in Parliament but also in choosing the next prime minister.

Mr. al-Sadr thanked the court, the election commission and the Iraqi people in a Twitter post on Monday and called for “the formation of a government of national majority that is neither Eastern nor Western.” Earlier he visited the shrine of Imam Ali in the city of Najaf, one of the holiest sites in Shiite Islam, to offer thanks.

Fatah filed the lawsuit challenging the results and alleging election fraud after it won 17 seats, little more than a third of its previous total. But on Monday, it accepted the court’s ruling.

“We abide by the decision of the Federal Court despite our deep and firm belief that the electoral process was marred by a lot of fraud and manipulation,” said Hadi al-Amiri, the leader of Fatah, citing “concern for Iraq’s security and political stability and our belief in the political process and its democratic path.”

Tension had clouded the legal process, delaying the announcement of the ruling, which was originally set for earlier this month. The dispute had raised the possibility that Fatah and its allies would unleash violence to force a result they wanted, and militia members gathered outside the court on Monday morning ahead of the ruling, chanting against the current prime minister, Mustafa al-Kadhimi.

But they withdrew by early afternoon, and there were no reports of violence.

Mr. al-Kadhimi survived a drone strike on his home early last month after Iraqi security forces clashed with militia members who were protesting the election results outside the Green Zone, where the American embassy is. A deputy commander of one Iran-backed militia was killed.

In a speech addressed to the losing political parties on Nov. 18, Mr. al-Sadr warned them against the “ruin of the democratic process in Iraq” and called on them to dissolve their militias and hand over their weapons to the Iraqi national army.

With his huge popular following and powerful militia, which he deployed to entrap American forces in brutal street fighting in the mid-2000s, Mr. al-Sadr was once such an opponent of the Americans in Iraq that the United States ordered him killed. It later decided not to do so.

But Mr. al-Sadr has come to oppose Iranian meddling in Iraq, and he signaled in a speech after the election that foreign embassies were welcome so long as they did not interfere in Iraq’s affairs.

Now that the election results have been certified, factions representing Iraq’s Kurdish and Sunni Muslim minorities, which have been waiting for the outcome to negotiate or form alliances that could be part of the new government, can plunge into the fray. A majority of Iraqis are Shiite.

Political analysts said they believe the Sadrists won big partly by taking advantage of a new electoral law that limited the traditional power of larger parties and made room for new faces by increasing the number of electoral districts. The Sadrist organization studied the electoral map closely, making sure to field candidates that would not end up running against each other.

But they were not the only beneficiaries: Independent candidates coming out of Iraq’s anti-government protest movement, which flooded the streets in late 2019 as Iraqis mobilized against their deeply corrupt and sectarian political system, also won a handful of seats.

“Elections and their outcomes can provoke strong feelings,” she said. “If such feelings and debates give way to undemocratic impulses — such as disinformation, baseless accusations, intimidation, threats of violence or worse — then sooner or later, the door is opened to acts that are simply intolerable.”

Despite the affirmation, the elections, the fifth since Saddam Hussein’s fall in 2003, saw a record-low turnout of 41 percent that reflected Iraqis’ intense frustration with their leaders.