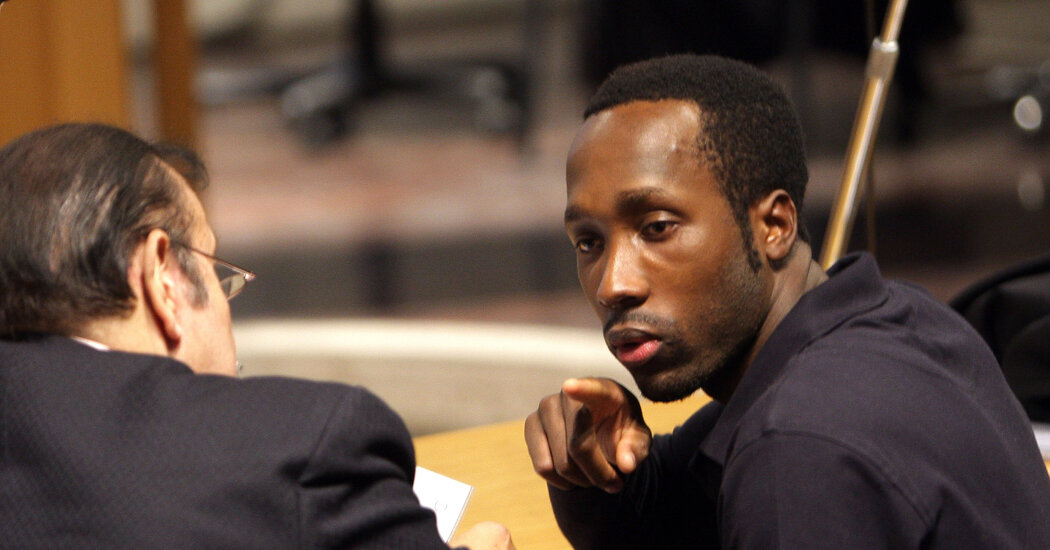 ROME — An Italian judge on Tuesday released the only person definitively convicted of the 2007 murder of the 21-year-old British student Meredith Kercher, a polarizing case that is still hotly debated both inside and outside the country.

Rudy Guede was freed after completing 13 years of his 16-year sentence with time off for good behavior, according to his lawyer, Fabrizio Ballarini, and court documents. He has always maintained his innocence, the lawyer said.

Mr. Guede began a work-release program in September 2019, and a year later, he was placed on probation, living on his own and working during the day, his lawyer said. Through his lawyer, Mr. Guede declined to comment.

The murder in the picturesque central Italian town of Perugia immediately drew salacious headlines in Italy, Britain and the United States, fueling parental nightmares about students abroad. Ms. Kercher, a student at the University of Leeds, had been taking courses in Perugia.

Her body was found on Nov. 1, 2007, in the apartment she shared with Amanda Knox, a 20-year-old student from Seattle. Five days after the murder, Ms. Knox and her boyfriend at the time, Raffaele Sollecito, were arrested and charged with the crime. Prosecutors initially depicted the murder as drug-fueled sex game gone awry.

Mr. Guede, born in the Ivory Coast and raised in Italy, was arrested in Germany on Nov. 20. Then 20, he was an acquaintance of the tenants on the ground floor of the two-story house where Ms. Kercher and Ms. Knox had lived. The police found his bloody fingerprints in the victim’s bedroom and his DNA on her clothes and on her body.

Francesco Maresca, the lawyer for the Kercher family, said that Mr. Guede’s reduced sentence was in line with Italian law. But perhaps “there’s a moral consideration to be made, one of justice that, in the end, he served a relatively light sentence given the seriousness of the crime,” he added.

“Mr. Guede did his time and so now, we put an end to this story,” he said.

Mr. Guede served most of his sentence in Viterbo, a town about 50 miles north of Rome, and obtained a university degree while in prison, his lawyer said.

Since he began working outside prison and living on his own, he has been strictly controlled. He volunteers in the mornings in a soup kitchen and works in the afternoon at the library of a Viterbo-based private institute that offers courses in criminology.

“He’s someone who is just trying to get his life back on track,” said Claudio Mariani, a professor at the Viterbo institute who has been mentoring Mr. Guede for the past 13 years.

Ms. Knox returned to the United States in 2011 after her initial conviction was overturned by an appeals court. In 2019, Europe’s top human rights court ruled that she had been deprived of adequate legal aid during an interrogation, and questioned the strength of the DNA evidence that had been used to convict her. It ordered Italy to pay her $21,000 in damages.

She said in a recent interview that she is still struggling to put her wrongful conviction behind her.