Joan Didion Chronicled American Disorder With Her Own Unmistakable Style 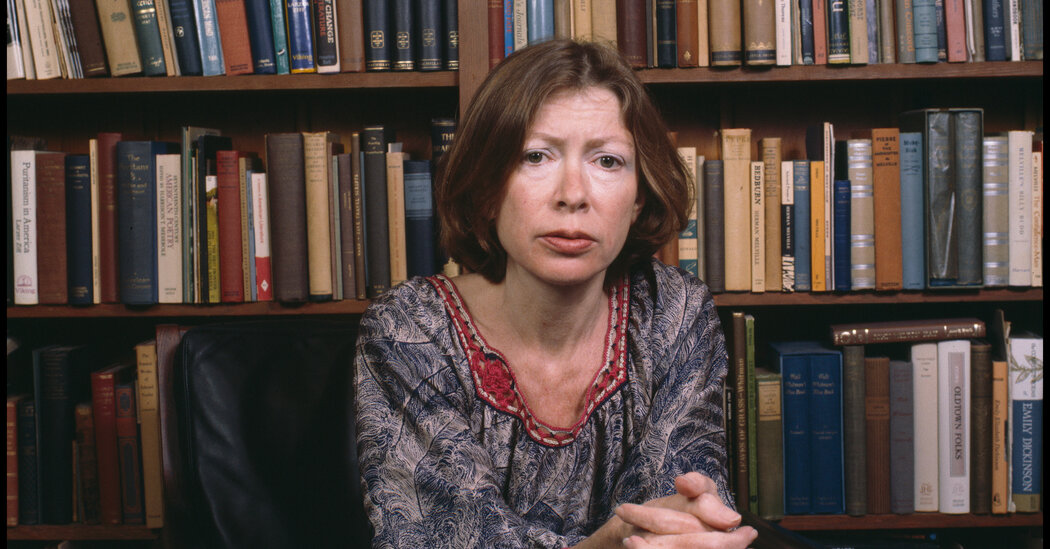 But can anyone lampoon her style without relying on it? To condemn the “Didion narrative” and all that a sentimental attachment to her obscures — her mockery of early feminist organizing, for example — is to rely upon a form of criticism that she, more than anyone else, refined.

In the 2017 documentary on Didion, “The Center Will Not Hold,” directed by her nephew Griffin Dunne, Didion recalled the notorious scene from “Slouching Towards Bethlehem,” in which she met a 5-year-old girl named Susan living in the heart of Haight-Ashbury. The child was sitting on the floor, reading a comic book, wearing white lipstick. Her mother had given her LSD.

“Let me tell you, it was gold,” Didion recalled to Dunne, her eyes shining. “You live for moments like that, if you’re doing a piece. Good or bad.”

That arresting hardness, the curious mix of detachment and furiously fixed gaze, were always part of her appeal. Her heroes included John Wayne and Georgia O’Keeffe — “this angelic rattlesnake,” she wrote. In “The Year of Magical Thinking,” she noted with strange, painful pride that her husband’s doctors called her a “cool customer.” “I don’t know what falling in love means,” she told Dunne in the documentary. “It’s not part of my world.”

But it is love she elicited — not mere admiration. What else explains our ability to hold all her contradictions or the fetishizing inspired by the details of her diet (Coca-Cola first thing in the mornings, salted almonds, cigarettes), her packing list (Scotch, leotard, shawl, typewriter). The 50 yards of yellow theatrical silk she hung in her apartment in New York, sodden with rain. Love too that explains readers’ febrile identification and distortion: “A place belongs forever to whoever claims it hardest,” she once wrote, “remembers it most obsessively, wrenches it from itself, shapes it, renders it, loves it so radically that he remakes it in his own image.”

Though the young Didion — of the “fulfilled paranoia” and the frangipani leis, who boarded planes barefoot and wept as she walked down the wedding aisle — seems lodged in the imagination, she was a writer of greater variety and evolution than she is often credited for. But one thread zigzags through her work, a bit eccentrically — an identical epiphany arrived at repeatedly, and each time felt anew. Coming out of youth she compared herself to Raskolnikov, berating herself for thinking she was exempt from consequences; later, she wrote of “the golden rhythm” breaking, then again of being disabused of the “conviction that the lights would always turn green for me.” Watching her daughter grow up, again she experiences that startling awareness: the vanishing of “the entire enchantment under which I had lived my life.” This writer could not tire of telling her reader, telling herself, that luck runs out — perhaps because she never really believed it, not when there was more life to be lived.

“I’m not telling you to make the world better, because I don’t think that progress is necessarily part of the package,” she once wrote. “I’m just telling you to live in it. Not just to endure it, not just to suffer it, not just to pass through it, but to live in it. To look at it. To try to get the picture. To live recklessly. To take chances. To make your own work and take pride in it. To seize the moment. And if you ask me why you should bother to do that, I could tell you that the grave’s a fine and private place, but none I think do there embrace. Nor do they sing there, or write, or argue, or see the tidal bore on the Amazon, or touch their children. And that’s what there is to do and get it while you can and good luck at it.”