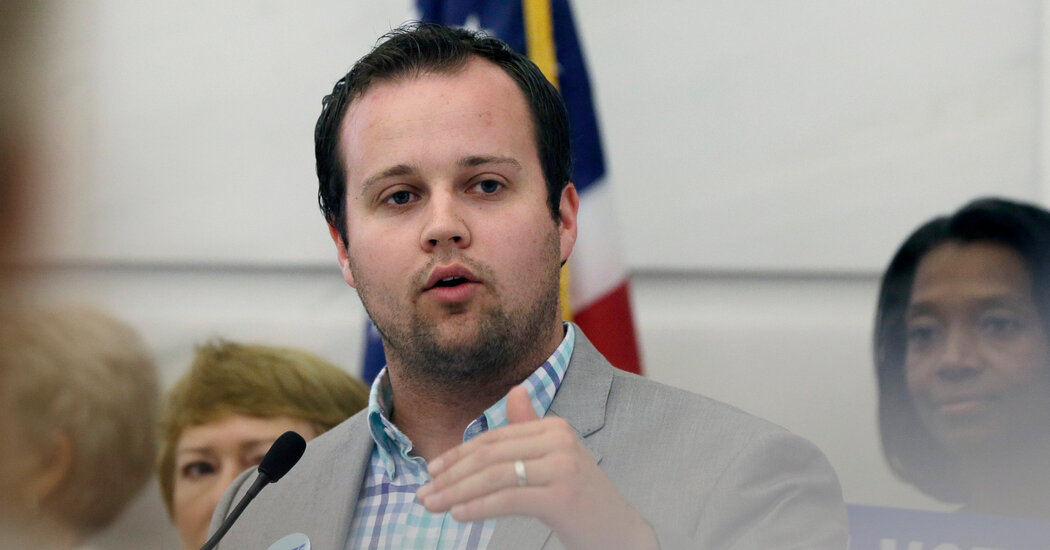 Josh Duggar, a onetime star of the TLC reality show “19 Kids and Counting,” about a large family guided by conservative Christian values, was convicted on Thursday in federal court in Arkansas of downloading child sexual abuse imagery.

A jury returned the verdict in U.S. District Court in Fayetteville, Ark., one day after it began its deliberations in a case that drew widespread attention.

Clay Fowlkes, the U.S. attorney for the Western District of Arkansas, said in an interview on Thursday that the verdict was a significant milestone in the efforts of his office to combat the exploitation and abuse of children.

“Regardless of fame, wealth and popularity, no one person is above the law,” Mr. Fowlkes said.

The verdict came a little over a week after the opening of the trial. Mr. Duggar, who was arrested in April, was accused of using the internet to download explicit material showing the sexual abuse of children, some younger than 12, according to an indictment.

In a statement emailed shortly after the verdict, Mr. Duggar’s lawyers said that they would contest it.

“We appreciate the jury’s lengthy deliberations, we respect the jury’s verdict, and we intend to appeal,” his lawyers said.

Mr. Duggar had pleaded not guilty and had been free on a personal-recognizance bond that was granted by the judge. On Thursday, he cried as he was handcuffed and taken into custody in the courtroom, the television station KNWA reported.

Mr. Duggar will now await sentencing, a phase that Mr. Fowlkes said typically takes 60 to 90 days. He said that it was important not to lose sight of the fact that the children depicted in the explicit materials that Mr. Duggar possessed were crime victims.

Prosecutors said that Mr. Duggar installed a password-protected partition on the hard drive of his desktop computer at his used car lot in Springdale, Ark. in May 2019 to avoid software that detects explicit images of children.

He then downloaded child sexual abuse material from the internet multiple times over the course of three days, according to the authorities, who said that the password for the partition was the same one that Mr. Duggar used for other personal and family accounts.

In 2015, TLC withdrew all episodes of “19 Kids and Counting” after In Touch Weekly reported on a 2006 police report that said Mr. Duggar had molested several girls when he was a teenager. At least 20 companies pulled their ads from the show, which debuted in 2008 and was one of the cable network’s top performers, and TLC canceled it.

TLC did not immediately respond to a request for comment on Thursday.

No criminal charges resulted from the earlier allegations, which had passed the statute of limitations. Mr. Duggar’s parents told Fox News in 2015 that four of the five girls their son molested were his sisters.

At the time, Mr. Duggar apologized in a statement to People magazine that was also posted on the Duggar family’s Facebook page.

“Twelve years ago, as a young teenager, I acted inexcusably for which I am extremely sorry and deeply regret,” he said in the statement, which is no longer visible on Facebook. “I hurt others, including my family and close friends. I confessed this to my parents who took several steps to help me address the situation.”

Mr. Duggar also resigned from his position as the director of the lobbying arm of the conservative Family Research Council.

“We spoke with the authorities where I confessed my wrongdoing, and my parents arranged for me and those affected by my actions to receive counseling,” Mr. Duggar said in his statement to People. “I understood that if I continued down this wrong road that I would end up ruining my life.”