Judge Allows Civil Suits to Proceed Against Trump Over Jan. 6 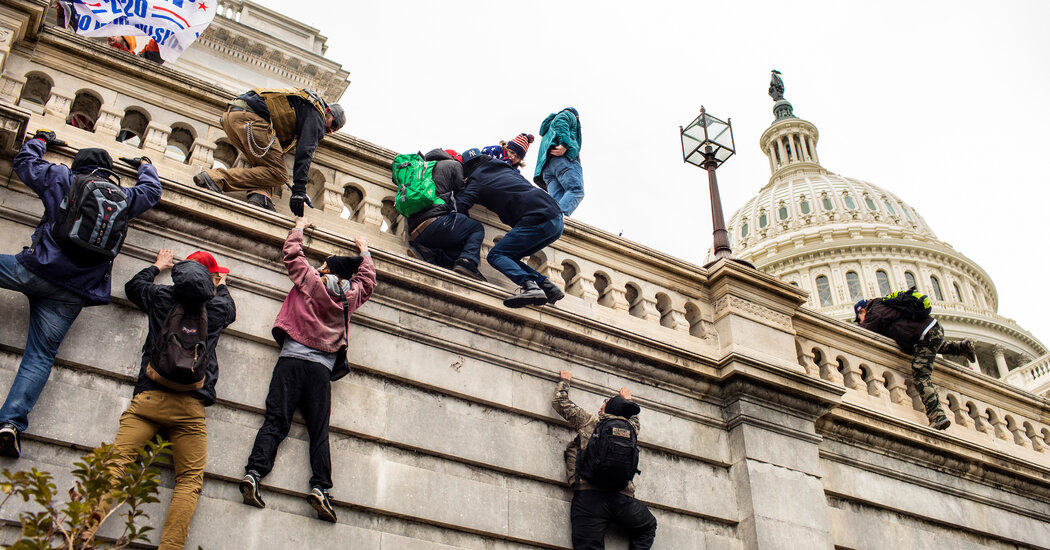 A federal judge in Washington ruled on Friday that three civil lawsuits against Donald J. Trump related to the attack on the Capitol last January were able to move forward, saying that the former president was not shielded by the normal protections of immunity or the First Amendment.

The ruling by the judge, Amit P. Mehta, meant that the plaintiffs in the suits — several members of Congress and police officers who served at the Capitol during the attack — will likely be able to seek information from Mr. Trump about the specific role he played in fostering the chaos at the building on Jan. 6, 2021.

If ultimately found liable, Mr. Trump could also be on the hook for financial damages.

Judge Mehta’s order capped a difficult week for Mr. Trump, one in which a judge in New York ruled that he had to answer questions from state investigators examining his company, the Trump Organization, for evidence of fraud. Officials at the National Archives also said that Mr. Trump had taken classified national security documents from the White House to his private club in Florida.

The lawsuits, all of which were filed last year, accused Mr. Trump of overlapping charges of conspiring with several others — people like his lawyer Rudolph W. Giuliani, his son Donald Trump Jr. and extremist groups such as the Proud Boys and the Oath Keepers militia — to sow doubts about the 2020 election, culminating in the violent storming of the Capitol. Judge Mehta allowed the suits to go ahead against the Proud Boys and Oath Keepers, but dismissed them against Mr. Giuliani and Mr. Trump’s son.

Judge Mehta ruled that he would consider — and likely grant — a motion to dismiss from another defendant in one of the cases, Representative Mo Brooks, Republican of Alabama. Instead of moving to dismiss, Mr. Brooks had asked Judge Mehta to allow him to substitute the federal government in his place as the defendant in the case.

At a nearly five-hour hearing last month, Mr. Trump’s lawyers argued he was immune from being sued because he had been acting in his official role as president when he addressed a huge crowd in Washington at the Ellipse before the Capitol was breached. The lawyers also claimed that Mr. Trump’s incendiary speech, one in which he urged the crowd to “fight like hell,” but also cautioned them to be peaceful and patriotic, should be protected by the First Amendment.

But in his 112-page order, Judge Mehta ruled that Mr. Trump’s actions that day had little to do with normal presidential duties like executing laws or commanding the armed forces and instead concerned something more personal: what the judge called Mr. Trump’s “efforts to remain in office for a second term.”

“To deny a president immunity from civil damages is no small step,” Judge Mehta wrote. “The court well understands the gravity of its decision. But the alleged facts of this case are without precedent.”

The judge also found that after months of creating an “air of distrust and anger” by relentlessly claiming the election had been stolen, Mr. Trump should have known his supporters would take his speech not merely as words, but as “a call to action.” For that reason, the judge decided, the address was not “protected expression.”

Mr. Trump “invited his supporters to Washington, D.C., after telling them for months that corrupt and spineless politicians were to blame for stealing an election from them; retold that narrative when thousands of them assembled on the Ellipse; and directed them to march on the Capitol building,” Judge Mehta wrote.

Each of the suits was based in part on a Reconstruction era law known as the Ku Klux Klan Act of 1871, originally intended to protect former slaves from abuse by local officials but became a vehicle for challenging official actions more broadly. The suits, which seek civil damages, are separate from the Justice Department’s sprawling investigation into hundreds of people who took part in the storming of the Capitol and from a parallel congressional investigation into machinations by Mr. Trump and others to overturn the election results in the weeks and months leading up to Jan. 6.

To date, Mr. Trump has not faced a subpoena from either the Justice Department or the House committee investigating the Capitol riot. But the ruling on Friday created the likelihood that Mr. Trump would have to provide documents to the plaintiffs or even sit for a deposition.

“Above all else, it’s about accountability,” said Joseph Sellers, one of the lawyers for the plaintiffs. Representatives for Mr. Trump did not immediately respond to requests for comment.

Civil lawsuits. A federal judge in Washington has ruled that three civil suits against Donald J. Trump related to the Jan. 6 attack on the Capitol can move forward. The ruling means the plaintiffs could seek information from the former president over his role in the events.

Classified information. The National Archives said that it had uncovered classified information among documents that Mr. Trump had taken from the White House with him when he left office. The discovery casts new doubts on the former president’s handling of government records.

While most of the accusations in the suits came from Justice Department court filings or from publicly available information, Judge Mehta highlighted a few allegations in his ruling in particular. He wrote, for instance, that Mr. Trump’s former close adviser, Roger J. Stone Jr., may have served as the link between the former president and extremist groups.

Judge Mehta pointed out that shortly after Mr. Stone posted on social media in December 2020 that he had met with Mr. Trump to “ensure” that he “continues as our president,” he also with spoke with Enrique Tarrio, the leader of the Proud Boys at the time. The judge also noted that Mr. Stone was guarded on Jan. 5 and Jan. 6 by members of the Oath Keepers.

Much of Judge Mehta’s ruling was dedicated to analyzing Mr. Trump’s 75-minute speech at the Ellipse, one in which Mr. Trump and his audience seemed to be engaged in a kind of back-and-forth.

The speech, Judge Mehta wrote, showed “a call-and-response quality to the president’s communications, of which the president would have been aware.”

“The complaints contain numerous examples of the president’s communications being understood by supporters as direct messages to them,” he added, “and, in the case of the January 6 Rally, as a call to action.”