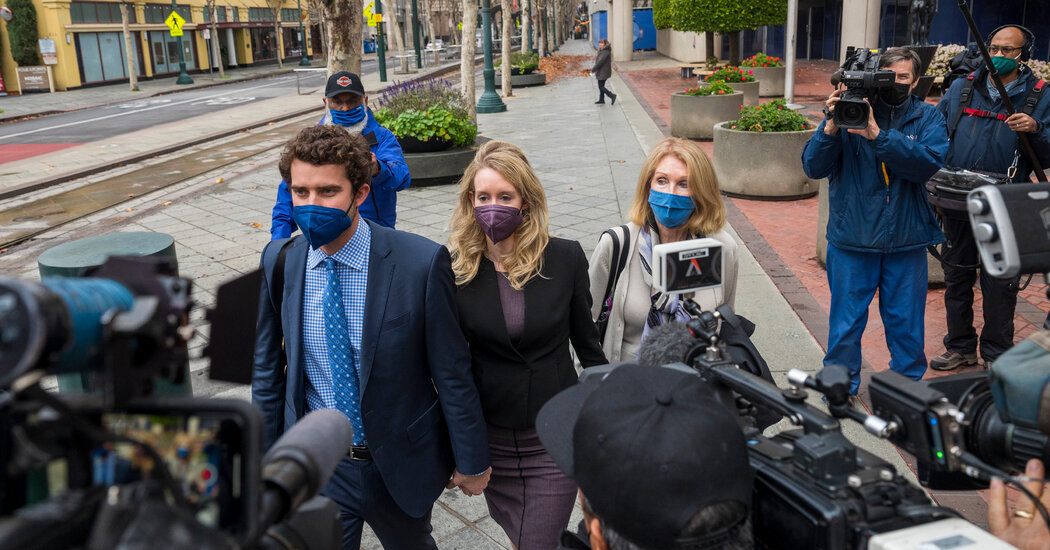 SAN JOSE, Calif. — Jurors ended a fourth day of deliberations without a verdict on Monday in the fraud trial of Elizabeth Holmes, the founder of the failed blood testing start-up Theranos.

Ms. Holmes, 37, faces 11 counts of wire fraud and conspiracy to commit wire fraud over charges that she lied about Theranos’s technology as she sought investments and business for her start-up. If convicted, she faces up to 20 years in prison for each count of wire fraud.

A jury of eight men and four women also deliberated last Monday, Tuesday and Thursday. They are scheduled to return to federal court in San Jose, Calif., at 8:30 a.m. Tuesday to resume deliberations.

On Thursday, they asked to hear recordings of a call Ms. Holmes had with investors, in which she allegedly made misleading claims about Theranos’s partnerships with pharmaceutical companies and the military.

The jurors’ deliberations follow a nearly four-month trial that is viewed as a referendum on the worst excesses of Silicon Valley’s start-up culture. Before Theranos collapsed, Ms. Holmes was a highly celebrated female founder. She dropped out of Stanford University at age 19 to focus on her company and spent the next decade raising nearly $1 billion from investors.

In 2015, Theranos began to unravel after a Wall Street Journal investigation revealed that the company had relied on commercially available machines to perform many of its blood tests, rather than its own supposedly revolutionary devices. Theranos shut down in 2018, the same year Ms. Holmes was indicted.

During the trial, federal prosecutors have tried to prove that Ms. Holmes intentionally deceived investors, patients and commercial partners by forging validation reports, faking demonstrations and misrepresenting Theranos to the media and the public.

Ms. Holmes, who took the stand for seven days in her own defense, has tried painting herself as a well-meaning entrepreneur who believed her own claims and was led astray by those around her.

“She believed she was building a technology that would change the world,” said Kevin Downey, a lawyer for Ms. Holmes.