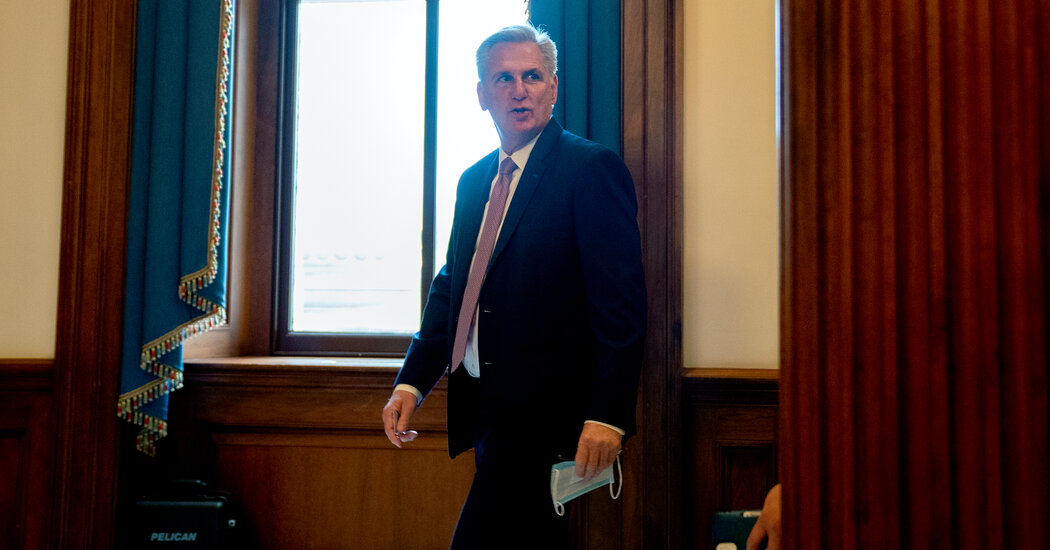 House Minority Leader Kevin McCarthy of California early Friday concluded a marathon speech in opposition to the Democrats’ social policy bill, after talking for eight hours and 32 minutes, surpassing the length of one by Representative Nancy Pelosi in 2018 that held the record for the longest continuous House speech in modern history.

“Personally I didn’t think I could go this long,” Mr. McCarthy said toward the end of his monologue as some of the people behind him struggled to keep their eyes open. Finally, after 5 a.m., he finished. “With that, Madam Speaker, I yield back,” he said.

Mr. McCarthy, the top Republican in the House, railed against President Biden and his agenda in an effort to delay the passage of the Democrats’ $1.85 trillion social policy and climate change bill.

The debate over the bill had been scheduled to last 20 minutes before Mr. McCarthy took over after 8 p.m. to deliver an at times rambling speech stuffed with Republican talking points against the legislation and punctuated with riffs about history.

“I know some of you are mad at me, think I spoke too long,” he said at one point. “But I’ve had enough. America has had enough.”

Shortly after midnight Friday, when Mr. McCarthy showed no sign of yielding control of the House floor, Democratic leaders sent lawmakers home, with plans to return at 8 a.m. to finish debate and vote on the sprawling package.

While the House has no equivalent to the Senate filibuster, Mr. McCarthy used the so-called magic minute rule, which allows the House speaker, the majority leader and the minority leader to talk for as long as they want. Ms. Pelosi used the infrequently deployed tactic when she was minority leader in 2018 to speak for just over eight hours about the young undocumented immigrants known as Dreamers.

The speech by Ms. Pelosi was thought at the time to have set the record for the longest continuous speech in the chamber, dating to at least 1909.

“It is a feat of epic proportions to speak for four hours straight and not produce a single memorable phrase, original insight or even a joke,” Representative Jamie Raskin, Democrat of Maryland, wrote on Twitter. “McCarthy thinks he is a wit but so far he has proved he is only half right.”