Max Scherzer and the Mets Agree on Massive Three-Year Deal 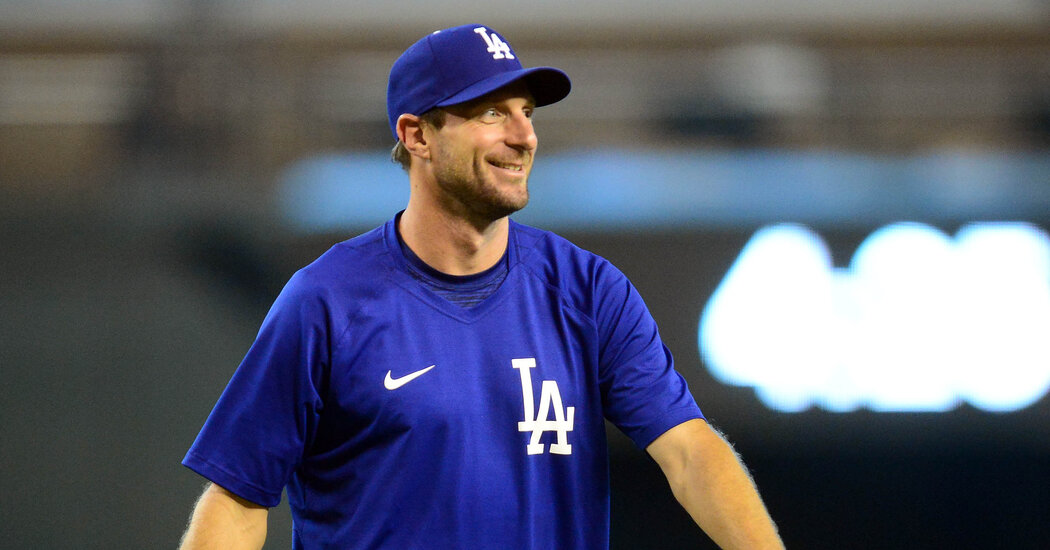 After the Mets’ billionaire owner, Steven A. Cohen, flexed some of his financial might over the weekend with three new additions, he made his splashiest move yet.

Scherzer’s pact is worth $130 million over three years, according to two people familiar with the negotiations who were granted anonymity because the agreement was pending a physical examination. The average annual salary of $43.3 million will shatter the previous record set by Gerrit Cole, who signed a nine-year, $324 million contract with the Yankees before the 2020 season.

Despite his age, Scherzer has bucked traditional regression and has maintained not only his mid-90s velocity but also his performance. With the Washington Nationals and the Los Angeles Dodgers during the 2021 season, he went 15-4 with a 2.46 earned run average and 236 strikeouts over 179 ⅓ innings. In September, he became the 19th person to reach 3,000 career strikeouts.

His 0.864 walks and hits per inning pitched was the lowest mark in the majors, and he finished third in the National League’s Cy Young voting, behind the winner, Corbin Burnes of the Milwaukee Brewers, and Zack Wheeler of the Philadelphia Phillies.

Scherzer is one of the most accomplished active pitchers in the majors — and among the game’s highest earning players of all time. Before his final season with the Detroit Tigers in 2014, Scherzer turned down a six-year, $144 million contract extension. He bet on himself and a year later he signed a seven-year, $210 million deal with the Nationals. He proved worth it, winning his second and third Cy Young Awards and helping lead the team to its first World Series title, in 2019.

After they fell out of contention this season, the Nationals traded Scherzer to Los Angeles based on his preference to be on the West Coast. But Scherzer wanted to go to a team that could win going forward and he saw an opportunity with the Mets, whose spring training facility in Port St. Lucie, Fla., is only a 40-minute drive from where and he and his family live in Jupiter. His deal with the Mets also calls for an opt-out after the second year of the contract and a full no-trade clause.

Scherzer will join a franchise that was a frequent opponent of the Nationals in the N.L. East, has not reached the playoffs since 2016 and went 77-85 in 2021. Before Cohen bought the team a year ago, the Mets languished in spending and in the standings since reaching the 2015 World Series. Over the past year, the Mets have also endured a number of scandals, from sexual harassment investigations to allegations of poor workplace culture.

Intent on turning the Mets around, Cohen, the richest owner in baseball with a reported net worth of $14.6 billion, used his wallet to attract talented players. Since hiring Billy Eppler as the new general manager, the Mets have committed a combined $124.5 million to outfielder Starling Marte, outfielder/first baseman Mark Canha and infielder Eduardo Escobar.

Then on Monday, they lured Scherzer, pushing their estimated 2022 payroll to a franchise record $266 million, according to Cot’s Baseball Contracts — the highest in Major League Baseball at the moment and far past the existing $210 million luxury tax threshold.

Scherzer’s agreement was the latest in a flurry of activity around the sport before the collective bargaining agreement between the owners of the 30 M.L.B. clubs and players expires at midnight Eastern time on Dec. 1. Both sides have publicly expressed some tepid optimism that a deal will be reached by then. But given the many negotiating hurdles and fraught labor relations between M.L.B. and the players’ union, a lockout might be coming.

Baseball has not had a work stoppage since the strike that prematurely ended the 1994 season, canceled that year’s World Series and bled into the next season. But if no agreement is reached, M.L.B.’s owners could enact a lockout to freeze transactions. Two members of the union’s executive subcommittee — infielder Marcus Semien and Scherzer — have now agreed to pacts in the days before the C.B.A. expiration. (Semien reportedly agreed to a seven-year, $175 million contract with the Texas Rangers over the weekend.)

Should Scherzer’s deal become official, any news conference for him and his new teammates may need to happen by Wednesday with a potential lockout looming.