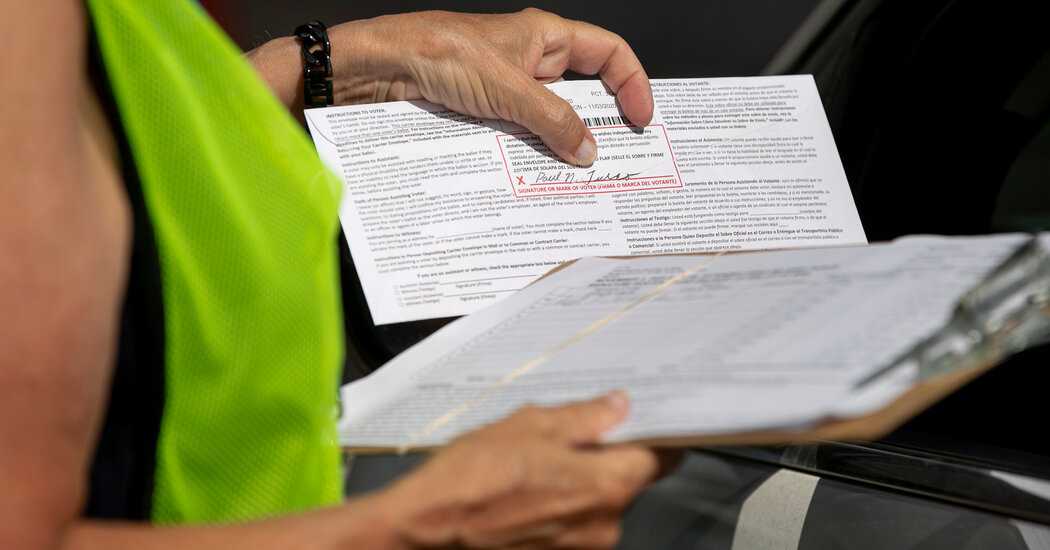 Mr. Rogers, when asked if the election results nationally were valid, responded, “I don’t have any idea and that’s the problem — I don’t know if it was accurate or not.”

Under state law, the county elections board will still be responsible for absentee and early voting, which a majority of voters in Texas use to cast their ballots. But the two systems, experts said, could complicate the process and make it easier for voters to cast ballots twice.

“It opens the door wide to fraud,” Dr. Jones said. “It doesn’t close the door to fraud.”

The legal office of the Texas secretary of state, who oversees elections in the state and who was appointed by Gov. Greg Abbott, a Republican, raised several concerns about the move.

“Any time that a party conducts their own election rather than contracting with a county, it is more confusing to voters,” said Sam Taylor, the assistant secretary of state for communications. Still, he added that “ultimately it’s their decision to go at it alone.”

One risk, Mr. Taylor said, is that candidates in contested races could file election challenges to prompt a court to order a new primary election. “It’s not unprecedented,” he said. “But county parties usually do not invite that opportunity upon themselves.”

“They have every legal right to do so,” he added. “We can’t really intervene.”

Melynn Huntley, the Potter County elections administrator, said that she had been taken aback by Mr. Rogers’s decision and that she was most worried about the potential to make it easier to vote twice.

“The biggest worry I have is that those two systems will not talk with each other,” Ms. Huntley said. “His desire is to eliminate fraud, but there is a vulnerability in the plan. I am concerned whether this can function with high integrity.”