Republicans Who Assailed Biden’s Stimulus Bill Are Embracing the Money 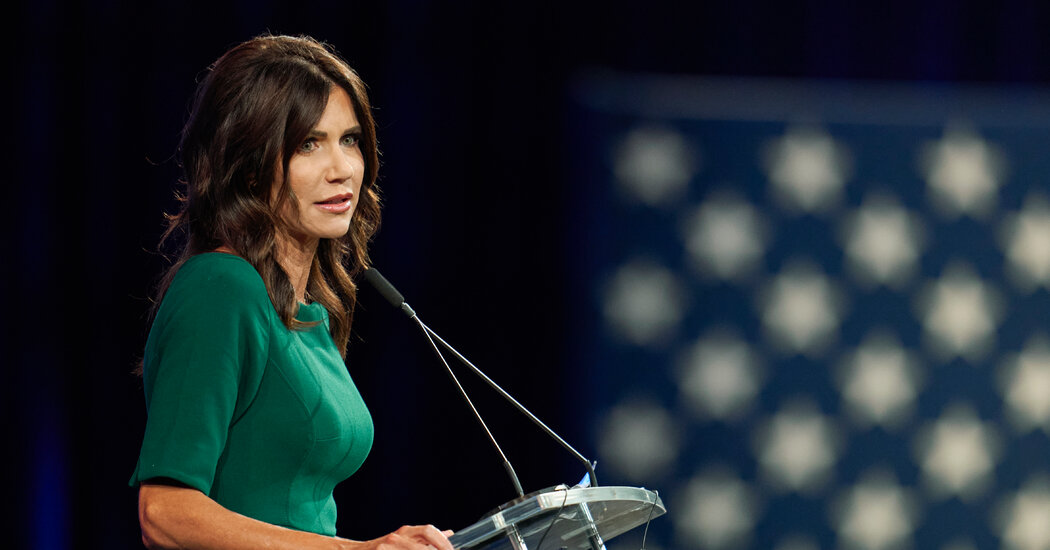 “It’s like the python that ate the rat,” Brad Whitehead, a nonresident senior fellow at the Brookings Metropolitan Policy Program, said of the struggle to shepherd so much federal money into state projects. “You need all those calories, but it’s hard to digest it all at once.”

The Treasury Department gave states broad discretion over how the stimulus money can be deployed, but imposed limits on using funds to shore up public pension programs and restricted states from using relief funds to subsidize tax cuts. The tax cut prohibition angered several Republican governors, who argued it infringed on state sovereignty, and has led to a thicket of lawsuits.

Among those challenging the restriction is Ohio, which was awarded nearly $5.4 billion of state aid through the American Rescue Plan. Gov. Mike DeWine, a Republican, opposed the entire package and, after it passed, his state took a leading role in litigation contending it was unlawful to put conditions on the relief money that prohibited states from using it to finance tax cuts.

The lawsuit is still making its way through the courts, but by June, Mr. DeWine signed legislation to use more than $2 billion of the federal funds to replenish the state’s jobless benefits fund, to improve water and sewer quality and to improve pediatric behavioral health facilities.

Texas announced in October a raft of plans to start spending some of its nearly $16 billion in federal aid, unveiling major investments in broadband, rural hospitals and food banks. Yet the state, which received the second largest allotment of funds in the country, also said it was hoping to use some of the funds to slash property taxes and that, despite the prohibition against doing so, it was setting aside $3 billion for “future tax relief.”

The most contentious use of federal funds this year has been in Arizona, where Republican Gov. Doug Ducey used relief money to roll out two education programs intended to undercut mask mandates that were imposed by some school districts. A $163 million program provides up to $1,800 in additional funding per pupil in public and charter schools that are “following all state laws” and open for in-person instruction. Schools that required masks would not be eligible.