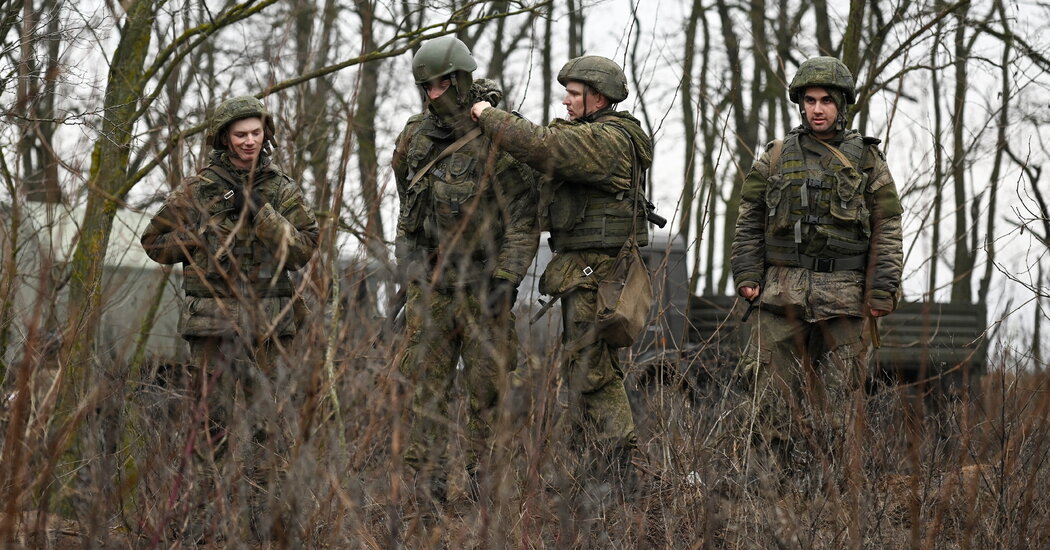 It demanded that NATO withdraw military infrastructure placed in Eastern European states after 1997, the date of an accord signed between Russia and NATO that Moscow wants now as a starting point for a new security treaty.

The Russian fFreign Ministry had earlier demanded that NATO officially abrogate a 2008 promise, known as the Budapest Declaration, that Ukraine and Georgia would be welcomed into the alliance. The NATO chief invoked that declaration after the meeting with Ukraine’s president, Volodymyr Zelensky, on Thursday, saying the offer still stands.

Russia is also insisting that NATO countries do not deploy offensive weapons in states neighboring Russia, including countries not in the alliance — a reference to Ukraine. And the proposal suggested a ban on military exercises at strengths of more than a brigade in a zone along both sides of Russia’s western border, an issue that would address the current military buildup near Ukraine.

The Foreign Ministry has also asked for a resumption of regular military-to-military dialogue with the United States and NATO, which was halted after the Ukraine crisis began in 2014. And it asked the United States to announce a moratorium on deploying short- and medium-range missiles in Europe.

Analysts expressed concerns about the Russian demands, saying they appeared to set up any talks between Russia and the West on these “security guarantees” for failure, possibly paving the way for a war in Ukraine.

But they might also represent an opening position, with Russia willing to later compromise in talks. That the demands were put forth by the deputy foreign minister, Mr. Ryabkov, and not by his boss, Sergey V. Lavrov, or by Mr. Putin himself, left wiggle room, analysts said.

“There is a lot of shadow boxing going on, on all sides, and it’s not clear how this ends,” said Samuel Greene, a professor of Russian politics at King’s College in London. “This whole situation is ambiguous by design.”