Secret Service Says Some Missing Jan. 6 Texts Are Unlikely to Be Recovered 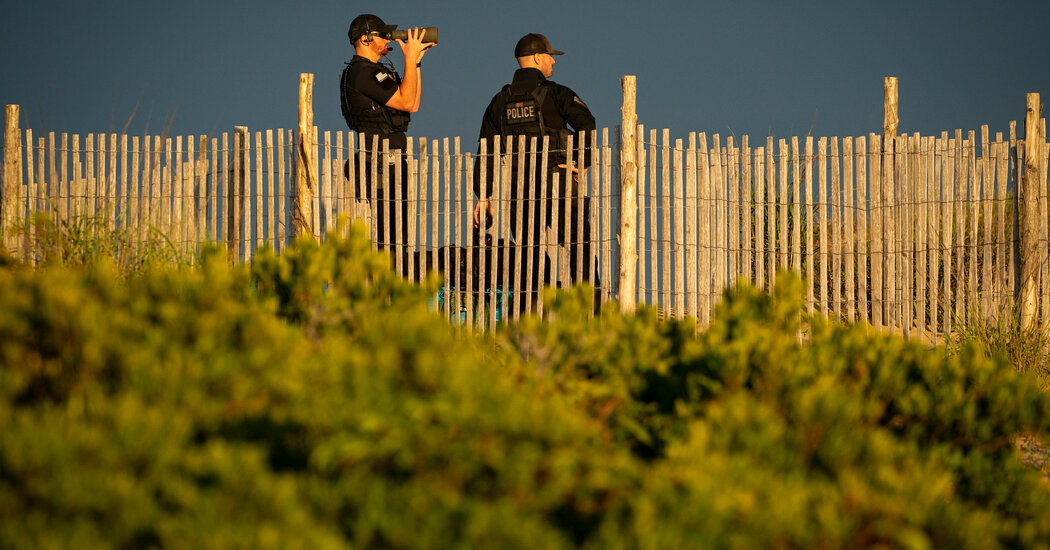 WASHINGTON — The Secret Service said it may not be able to recover a batch of erased text messages from phones used by its agents around the time of the attack on the Capitol last year, a development that comes amid intensified scrutiny over lapses in the agency’s accounting of its actions during the riots.

The Secret Service informed the House Jan. 6 committee that it was still attempting a forensic search for the phone records on Tuesday morning, when it delivered not the missing text messages the panel was seeking but “thousands of pages of documents” and other records related to decisions made on Jan. 6, according to the agency’s spokesman, Anthony Guglielmi. Later, in an interview, Mr. Guglielmi said the phone records were probably not recoverable.

The committee had subpoenaed the missing text messages and other material from the Secret Service after it was told by the inspector general for the service’s parent agency, the Department of Homeland Security, that the agency was unable to produce some text messages from its agents’ phones from Jan. 5 and Jan. 6, 2021.

The Secret Service has said the missing messages were purged as part of a technology update and were not related to its work around Jan. 6. Other messages directly related to the work of its agents during that period, the agency has said, were backed up and have been turned over to the inspector general.

The development came as the National Archives and Records Administration, the agency responsible for keeping all records produced by a presidential administration, asked the Secret Service on Tuesday to explain how it had erased the text messages.

The Homeland Security Department’s inspector general told Congress last week that the phone records were expunged during a device replacement program — even after the government watchdog had requested them. The disclosure prompted the House select committee on late Friday to subpoena the Secret Service for the phone records, as well as any after-action reviews completed by the agency.

But the Secret Service did not do its own review of its performance during the period around Jan. 6, a decision that is also being scrutinized by the Homeland Security Department’s inspector general as a part of a broad review of the agency’s decisions at that time, according to people familiar with the matter. Mr. Guglielmi confirmed that the agency did not conduct its own after-action review, but said the agency was complying with reviews by congressional committees and the inspector general.

“The best type of oversight is independent,” Mr. Guglielmi said. “We have cooperated fully and swiftly with all of these oversight mechanisms. And we will continue to.”

The fallout from the House Jan. 6 hearings — including the account relayed in testimony by a former White House aide, Cassidy Hutchinson, of President Donald J. Trump becoming engaged in a heated confrontation with the security detail in his vehicle as he demanded to be driven to the Capitol — has renewed questions over the credibility and transparency of the agency.

Even former leaders expressed concern about the current, tumultuous period for an agency that has been thrust into political turmoil.

Key Revelations From the Jan. 6 Hearings

“I don’t know if there’s ever been one quite like this,” said W. Ralph Basham, a former Secret Service director, referring to the current period of controversy for the agency. “Never a situation that would measure up to this kind of pressure.”

The request for the text messages by the inspector general, Joseph V. Cuffari, stems from the office’s broad investigation into decisions made on Jan. 6 by the Homeland Security Department.

That review by the Homeland Security Department is divided into three parts: an examination of the intelligence sharing by the department, the department’s preparation and law enforcement response to the riots and a separate audit specifically examining actions taken by the Secret Service, according to the inspector general’s office.

The Secret Service has previously said that before the inspector general asked for the text messages, agents were told to upload phone records related to their work ahead of an agencywide system update that would erase them. A Secret Service official said the employees had first been told of the forthcoming update in December 2020. Congress also told the Homeland Security Department to ensure that records related to actions taken by any of its agencies during the riots were preserved, on Jan. 16, according to a person familiar with the House committee’s investigation. The Secret Service has informed the committee that on Jan. 25, the agency instructed its employees on “how to save information that they were obligated or desired to preserve so that no pertinent data or federal records” were lost. Two days later, the system update went through, and the texts were lost.

Most of the documents provided to Congress on Tuesday were previously provided to the inspector general, according to the Secret Service. Secret Service officials indicated that they were doubtful that the purged texts could be recovered. The agency said the erased records were not related to Jan. 6 or any related inquiries.

But in its letter to the Secret Service, the National Archives asked the Secret Service to search for any phone records at all, regardless of their relevance to reviews by Congress or the inspector general. If it was determined the records were “improperly deleted,” then the agency needed to send a report to the National Archives within 30 days of documenting the lapse, the letter said.

The inspector general’s office at the Homeland Security Department did not respond to requests for comment.

Mr. Guglielmi defended the agency’s commitment to transparency on Tuesday, saying it had not only complied with congressional inquiries but also turned over 790,000 documents to the inspector general.

But the agency’s decision not to complete an independent after-action report prompted concern from members of Congress, as well as law enforcement officials, who assert that such reports are helpful in improving security protocols in the future. Mr. Cuffari told the House select committee last week that the Secret Service was relying rather on the review of the inspector general’s office, even though the service itself has conducted its own reviews for past large-scale events.

The Secret Service was not responsible for leading the coordination of security at the Capitol on Jan. 6, 2021. But the agency’s protection details played high-profile roles in what unfolded, including having to rush Vice President Mike Pence away from rioters and reject Mr. Trump’s demands to bring him to the Capitol, as thousands of his supporters — some of whom Mr. Trump had been told were armed, according to testimony by Ms. Hutchinson — marched in that direction.

While Mr. Basham said that he believed the Secret Service performed heroically on Jan. 6, he also acknowledged that after-action reviews have been routinely completed for large security events in the past, such as inaugurations or campaigns. Mark Sullivan, a former Secret Service director, testified to a congressional subcommittee in 2011 that the agency completed such reviews after campaigns to “look at lessons learned.”

Larry Cosme, the president of the Federal Law Enforcement Officers Association, which represents some Secret Service agents, said “the silence of the agency during public controversy may frustrate many who seek to understand all perspectives.”

“Considering the modern era requires more accountable and transparent policing, we encourage the Secret Service to, when appropriate, provide some level of public disclosure about controversial and important incidents,” he said. “Over time, I am confident the Secret Service will find an appropriate balance between protecting a sensitive mission and disclosing information.”