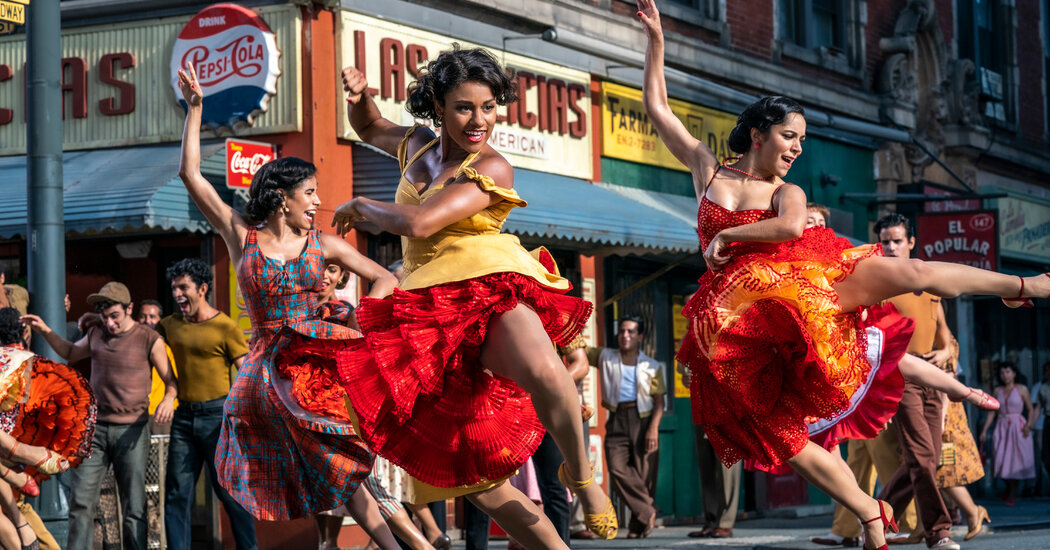 Steven Spielberg’s rave-reviewed remake of “West Side Story” arrived to an estimated $10.5 million in North American ticket sales, a feeble result — even by pandemic standards — that added to alarm in Hollywood about the theatrical viability of films that are not visual effects-driven fantasy spectacles or new chapters in ongoing franchises.

But there was also a camp that cautioned against making any speedy assessments. Musicals often get off to a slow start, even more so when they are released in mid-December. Fueled by positive word of mouth and awards attention, they can turn into little engines that could. Golden Globe nominations will be announced on Monday.

“The Greatest Showman,” for instance, collected $8.8 million over its first three days in domestic theaters in December 2017 and was insta-written off as a box office embarrassment. Then the soundtrack caught fire among young women. “The Greatest Showman,” which cost $84 million to make, finished its six-month run in theaters with $437 million in worldwide ticket sales.

In a results email on Sunday, Disney, which released “West Side Story” on its 20th Century Studios label, noted that ticket buyers gave the film an A grade in CinemaScore exit polls. Indicators of audience sentiment “all bode well for the long run ahead through the upcoming holiday season,” the company said.

In release in 37 international markets, including in some countries where the Omicron variant has prompted governments to tighten safeguards, “West Side Story” took in $4.4 million. The film’s global total so far, $14.9 million, missed Disney’s prerelease hope of $25 million by roughly 40 percent.

“West Side Story,” based on the 1957 Broadway musical, cost an estimated $100 million to remake, not including tens of millions of dollars in marketing costs. Tony Kushner adapted the screenplay.

In the United States and Canada, turnout for “West Side Story” was largest among ticket buyers over the age of 55. About 82 percent of the national audience came before 8 p.m., according to EntTelligence, a film research firm.

“This is a story about an interracial romance,” David A. Gross, who runs the film consultancy Franchise Entertainment Research, said in an email on Sunday. “Once upon a time, that was rare and remarkable. Not any more. For moviegoers, context may have caught up with this film, however well-made it is.” (The filmmaking team and many critics would counter that “West Side Story” also tackles social issues, notably intolerance, that are as timely as ever. Reviewing the film for The New York Times, A.O. Scott said Spielberg’s take on the material “reaffirms its indelible appeal while making it feel bold, surprising and new.”)

Among A-list filmmakers, Spielberg is one of the last streaming holdouts. Although his company, Amblin, signed a multiyear deal in June to make feature films for Netflix, Spielberg has pushed for his directorial projects to remain theatrical exclusives. At the New York City premiere of “West Side Story,” he thanked Disney executives for giving his film an old-fashioned theatrical rollout, despite the pandemic, rather than rerouting it to a streaming service, as the company had notably done with “Hamilton.” (On Thursday, Disney removed a Ben Affleck thriller, “Deep Water,” from its January theatrical release schedule; the movie is expected to stream on Amazon Prime or Hulu instead.)

So it was distressing for Hollywood traditionalists to see “West Side Story” arrive to even lower ticket sales than “In the Heights.” That euphorically reviewed Warner Bros. musical took in $11.5 million over its first three days in theaters in June — even though it was simultaneously available to stream at no extra cost on HBO Max. Box office analysts used words like “fizzled” and “dismal” to describe opening-weekend ticket sales for “In the Heights.”

Live-action musicals have long been a challenged genre at the box office. But they can still be winners, especially if they have starry casts. “The Greatest Showman” had Hugh Jackman, Zendaya, Michelle Williams and Zac Efron. The successful “Les Misérables (2012) had Jackman, Russell Crowe, Anne Hathaway and Helena Bonham Carter. Meryl Streep, Emily Blunt, Johnny Depp and others powered “Into the Woods” (2014) to $31 million in opening-weekend ticket sales. (One exception: Universal’s all-star “Cats.”)

“In the Heights,” in contrast, lacked household names. Ditto “Dear Evan Hansen,” which face-planted in September. And “West Side Story” only has one proven box office star: Spielberg.