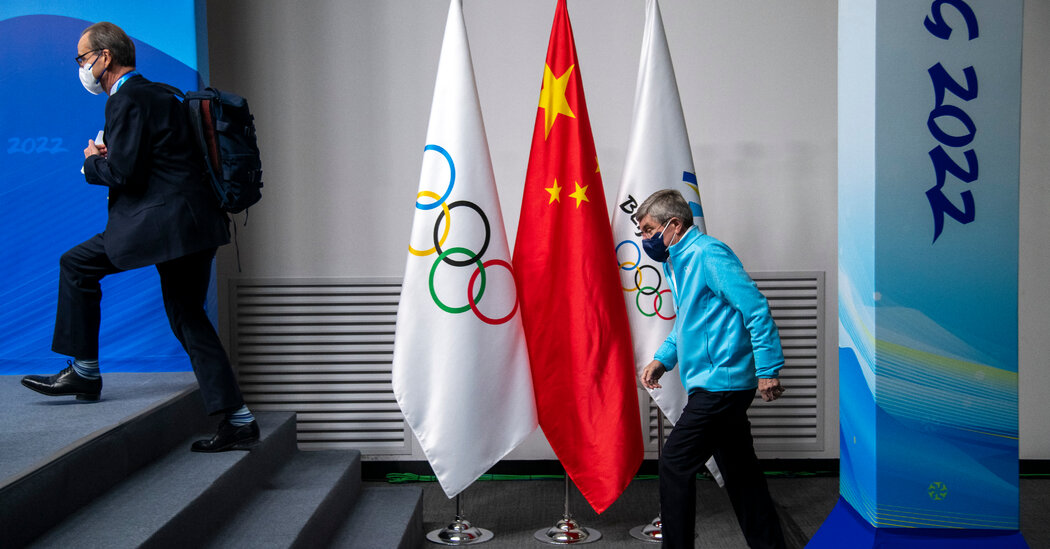 Thomas Bach, the president of the International Olympic Committee, issued what amounted to a rare and surprising rebuke of a Chinese Olympic official during a news conference Friday.

His remarks came after Yan Jiarong, a spokeswoman for the Beijing Olympics, made comments at a news conference the previous day that seemed to violate Olympic rules about political neutrality.

“We were in touch with BOCOG immediately after this press conference,” Bach said, using the acronym for the Beijing Organizing Committee for the Olympic Games, “and both organizations, BOCOG and the I.O.C., have restated the unequivocal commitment to remain politically neutral as it is required by the Olympic charter.”

Yan, asked on Thursday about whether athletes from Taiwan would march in the closing ceremony on Sunday, responded: “What I want to say is that there is only one China in the world.” Taiwan is a democratic island nation that is self-ruled but is considered part of Chinese territory by the government in Beijing.

“Taiwan is an indivisible part of China,” said Yan, who was formerly a Chinese delegate to the United Nations.

Taiwan competes under the name Chinese Taipei during the Olympics.

Yan also jumped in after an Olympic committee spokesman was asked about whether materials for uniforms were made using forced labor in China’s Xinjiang region. “I think these questions are very based on lies,” she said. “Some authorities have already disputed such false information with a lot of solid evidence.”

Yan’s comments seemed in violation of Rule 50 of the Olympic charter, which prohibits any sort of “demonstration or political, religious or racial propaganda” at the Games.

While Bach did not directly condemn Yan’s comments, even a mild criticism amounted to some of the strongest words he has issued on China. Bach took pains before the Olympics to position them as an event that is, and must remain, politically neutral, though that has long been an I.O.C. ideal rather than a reality.

Bach refused to comment when he was asked on the evening of the opening ceremony if he had any message for the Uyghur population, a predominantly Muslim minority group in Xinjiang. China’s repression of Uyghurs has been called a genocide by the United States government. “If we are taking a political standpoint, and we are getting in the middle of tensions and disputes and confrontations of political powers, then we are putting the Games at risk,” he said.