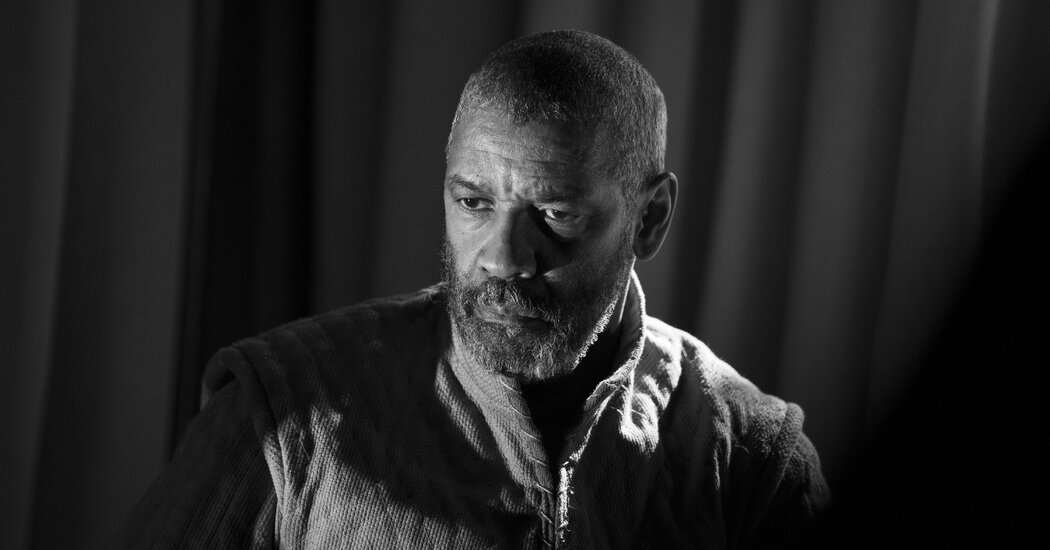 The poet John Berryman wrote of “Macbeth” that “no other Shakespearean tragedy is so desolate, and this desolation is conveyed to us through the fantastic imagination of its hero.” The universe of the play — a haunted, violent patch of ground called Scotland — is as dark and scary as any place in literature or horror movies. This has less to do with the resident witches than with a wholesale inversion of moral order. “Fair is foul and foul is fair.” Trust is an invitation to treachery. Love can be a criminal pact or a motive for revenge. Power is untempered by mercy.

Macbeth himself, a nobleman who takes the Scottish throne after murdering the king he had bravely served, embodies this nihilism as he is destroyed by it. The evil he does — ordering the slaughter of innocents and the death of his closest comrade — is horrific even by the standard of Shakespeare’s tragedies. And yet, Berryman marvels, “he does not lose the audience’s or reader’s sympathy.” As Macbeth’s crimes escalate, his suffering increases and that fantastic imagination grows ever more complex and inventive. His inevitable death promises punishment for his transgressions and relief from his torment. It also can leave the audience feeling strangely bereft.

The director Joel Coen’s crackling, dagger-sharp screen adaptation of the play — called by its full title, “The Tragedy of Macbeth” — conjures a landscape of appropriate desolation, a world of deep shadows and stark negative space. People wander in empty stone corridors or across blasted heaths, surveyed at crooked angles or from above to emphasize their alienation from one another. The strings of Carter Burwell’s score sometimes sound like birds of prey, and literal crows disrupt the somber, boxy frames with bursts of nightmarish cacophony.

For filmmakers, Shakespeare can be both a challenge and a crutch. If the images upstage the words, you’ve failed. But building a cinematic space in which the language can breathe — in which both the archaic strangeness and the timelessness of the poetry come to life — demands a measure of audacity. Coen’s black-and-white compositions (the cinematographer is Bruno Delbonnel) and stark, angular sets (the production designer is Stefan Dechant) gesture toward Orson Welles and Laurence Olivier, two of the 20th century’s great cinematic Shakespeareans. The effect is to emphasize the essential unreality of a play that has always been, in its own words, weird.

As many critics have noted, it is at the same time unnervingly acute in its grasp of human psychology. “Macbeth” is therefore a quintessential actor’s play, even if actors are famously superstitious about uttering its name. And Coen’s version is, above all, a triumph of casting.

By which I mean: Denzel Washington. Not only him, by any means: the ensemble of thanes and wives, hired killers and servants, witches and children is pretty much flawless. Kathryn Hunter is downright otherworldly as all three of the shape-shifting, soothsaying weird sisters. Stephen Root, in a single scene as Porter, lifts the grim, forensic business of regicide and its aftermath into the realm of knockabout farce. Alex Hassell plays Ross as a perfect paragon of courtly cynicism, always obliging and never to be trusted. Bertie Carvel’s Banquo and Corey Hawkins’s Macduff carry the burden of human decency with appropriate feeling.

I could go on — every scene is a mini-master class in the craft of acting — but “The Tragedy of Macbeth” is effectively the portrait of a power-mad power couple. The madness manifests itself in different ways. Frances McDormand’s Lady Macbeth is sometimes reduced to a caricature of female villainy: ambitious, conniving, skilled at the manipulation of her hesitating husband. McDormand grasps the Machiavellian root of the character’s motivation, and the cold pragmatism with which she pursues it. But her Lady Macbeth is also passionate, not only about the crown of Scotland, but about the man who will wear it. Her singular and overwhelming devotion is to him.

The Macbeths may be ruthless political schemers, but there is a tenderness between them that is disarming, and that makes them more vivid, more interesting, than the more cautious and diligent politicians who surround them. Which brings me back to Washington, whose trajectory from weary, diffident soldier to raving, self-immolating maniac is astonishing to behold.

Whereas Lady Macbeth has drawn up the moral accounts in advance — rationalizing the murder of Duncan (Brendan Gleeson) even though she knows it can’t be justified — her husband perceives the enormity of the crime only after the fact. Macbeth’s guilt is part of what propels him toward more killing (“blood will have blood”) and Washington somehow entwines his escalating bloodthirstiness with despair. The man is at once energized by violence and terrified of his appetite for it.

Washington’s voice is, as ever, a marvel. He seethes, raves, mumbles and babbles, summoning thunderstorms of eloquence from intimate whispers. The physicality of his performance is equally impressive, from his first appearance, trudging heavily through the fog, until his final burst of furious, doomed mayhem.

“The fantastic imagination of the hero” is what reveals the profound desolation of “The Tragedy of Macbeth,” but also what redeems the play from absolute bleakness. There is no comfort in Coen’s vision, but his rigor — and Washington’s vigor — are never less than exhilarating.

The Tragedy of Macbeth
Rated R. Blood will have blood. Running time: 1 hour 45 minutes. In theaters.