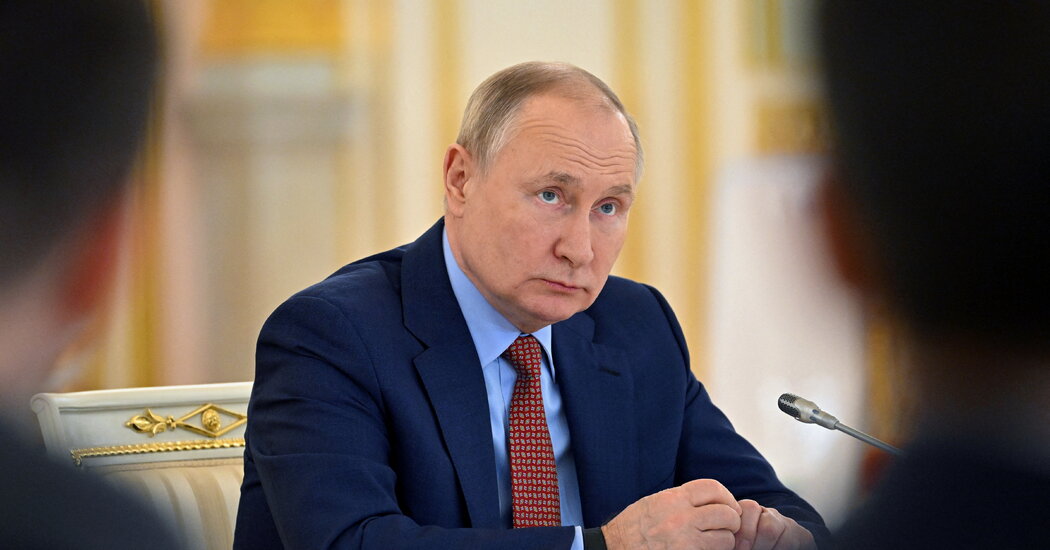 WASHINGTON — At the height of the Russian effort in 2016 to manipulate the U.S. presidential election, the C.I.A. had a secret weapon: a mole with some access to the inner circle of Russia’s president, Vladimir V. Putin, who was able to inform Washington about how the master tactician was thinking about his next move.

That agent was extracted from Russia in 2017, leaving the United States largely blind, for a while, to Mr. Putin’s thinking. Now, after five years of slowly rebuilding access to the highest ranks of the Kremlin, America’s intelligence agencies face a crucial test: deciphering whether Mr. Putin will use the more than 150,000 troops he has amassed near the Ukrainian border to invade, or merely to give him leverage as he dangles the prospect of a diplomatic settlement.

In interviews with officials from the United States and its closest allies, it is clear the United States and Britain once again have windows into Mr. Putin’s thinking. Some intelligence conclusions are reached through electronic intercepts, others bolstered by his periodic conversations with President Biden, which officials say have proven helpful in understanding Mr. Putin’s worldview — and his transactional nature.

Mr. Putin’s calculus, according to a U.S. official, is likely shifting as he weighs the changing costs of an invasion and he assesses what he could get from negotiations. Several officials note that Mr. Putin has a history of waiting until the last possible moment to make a decision, constantly re-evaluating his options.

Not surprisingly, American officials will not say how they know what Mr. Putin is thinking, anxious to preserve their current sources.

Knowing the intention of any autocratic leader is difficult, but Mr. Putin, who began his career as a K.G.B. officer, is a particular challenge. Because he avoids electronic devices, oftentimes bans note-takers, and tells his aides little, there is a limit to how much an intelligence agency can learn about his intentions and thinking.

“We do not understand fundamentally, none of us do, what is inside President Putin’s head, and so we cannot make any guess about where all of this is headed,” Julianne Smith, the U.S. ambassador to NATO, told reporters on Tuesday.

One senior official who has met with Russian counterparts in an effort to defuse the current crisis said recently that the U.S. delegation came away with the sense that Mr. Putin’s representatives were taking a hard line because they did not know what their boss wanted to do.

American officials are poring over intelligence — both analytic reports and raw material — trying to answer a critical question: how Mr. Putin assesses his likelihood of success.

Both American and British officials say that a key element of their analyses is a shared conclusion that something has changed in Mr. Putin’s assessment of Russia’s relative status in the world. After spending heavily on his military, he now believes Russia is in the strongest position to coerce Ukraine — and the rest of Europe — since the fall of the Soviet Union. His financial reserves have greatly improved Moscow’s ability to withstand sanctions.

More recently, he has benefited from high gas and oil prices — and discovered that the more he threatens war, the higher those prices go.

And as Germany and other nations have looked at the wildly high cost of replacing Russian energy sources should they be cut off, it has made some European leaders more eager to negotiate a solution that would avoid needing to impose sanctions. It is extortion, one European negotiator said, while noting that Mr. Putin thinks like an extortionist.

Mr. Putin also has the benefit of time. He does not face voters for another two and a half years, potentially allowing him to recover from any domestic criticism that could arise from a punishing conflict — or the sanctions that might follow.

While there is broad agreement of that analysis in intelligence circles, former intelligence officials warn that those trying to predict the moves of a leader like Mr. Putin need to proceed with humility about how much they do not know.

“Analysts understand how Putin thinks, his grievances and his anger at the West and the United States,” said John Sipher, a former C.I.A. officer who served in Moscow. “Now, does that mean we know what he’s going to do and when he’s going to do it? No, because to do that you have to get in his head.”

The United States has clearly developed intelligence on the Russian military’s war planning, predicting the buildup of troops weeks before it happened, exposing what officials said were Russian sabotage plots and operations meant to create a pretext for invasion.

But the United States has long found itself caught by surprise by Mr. Putin, from his decision to annex Crimea to his deployment of forces to Syria.

Interestingly, one source of insight to Mr. Putin has been conversations with the Russian president himself.

So, like a hostage negotiator, they are determined to keep him talking. Not long after William J. Burns, the C.I.A. director, visited Moscow in November to warn against an invasion of Ukraine, Mr. Biden’s aides came up with a plan of constant engagement, setting up a series of negotiations — in Brussels and Geneva, at many different levels — on the theory that while Russia was talking with the West, airing its grievances and making its demands, it was unlikely to invade.

Paul Kolbe, who oversaw collection of Russian intelligence for the C.I.A. for many years, noted recently that “you keep them talking to try to figure out what they really want, to find another way out.” But Mr. Kolbe, now the director of Harvard’s intelligence project, added, “it made sense — unless what the gunman really wants is to shoot the hostages.”

Mr. Putin wields information as a weapon, keeping his own counsel and withholding details of his planning from close aides.

When Mr. Burns visited Moscow to warn against an invasion of Ukraine, he offered details of what the United States had learned about the military planning. The disclosures appeared to catch some Russian officials off guard, as if they were less privy to Mr. Putin’s planning, according to an American official briefed on the meeting.

“I like to say, Putin’s not a good sharer, he didn’t pass that kindergarten class” said Beth Sanner, a former top intelligence official who regularly briefed President Donald J. Trump. “He was a spy. So he’s trained not to be a sharer, he’s trained to elicit and manipulate.”

But former intelligence officials said that the Russia bench within the C.I.A. remained strong, with numerous analysts and case officers who have devoted their careers to studying Mr. Putin. The long reign of an autocrat, said former officials, has certain advantages.

There are limits to what a government should ask its intelligence to do, said Marc E. Polymeropoulos, a former senior C.I.A. officer who oversaw operations in Europe and Russia. Intelligence agencies can provide warning, which is what they have done in recent months. Anything more can be fraught.

“Intelligence is not necessarily predictive of time and date. The intelligence community has done a pretty damn good job of providing policymakers with excellent situational awareness for them to develop policies if Russia goes one way or the other way,” he said. “That’s what intelligence does. Asking more of that is going to be very difficult.”

Even situational awareness may be harder to come by at a moment when the Russians claim to be de-escalating while military exercises are still underway. The basic jobs of tracking Russian moves in Ukraine have been disrupted. On Tuesday, the C.I.A. closed, at least temporarily, its station in Ukraine’s capital, Kyiv, a day after U.S. diplomatic personnel relocated to the western Ukrainian city of Lviv.