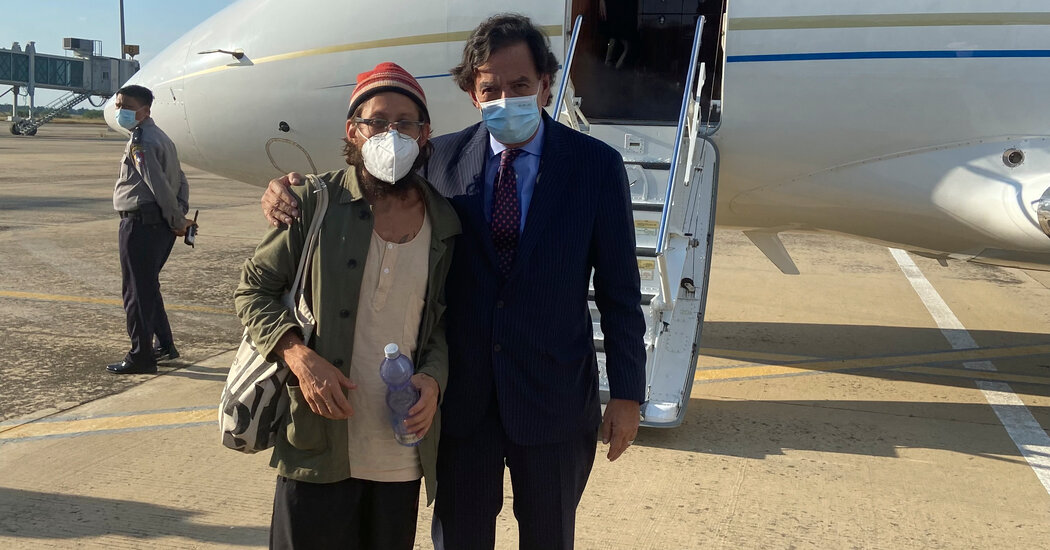 Danny Fenster, an American journalist, was released from prison in Myanmar on Monday and will be allowed to leave the country, according to a spokeswoman for the ex-diplomat who helped secure his freedom.

The release of Mr. Fenster, who was sentenced on Friday to 11 years in prison, is a rare positive development in Myanmar, which has been torn by violence since the military staged a coup in February and began a brutal crackdown against pro-democracy protesters.

“This is the day that you hope will come when you do this work,” said Bill Richardson, the former U.S. ambassador to the United Nations, who has a long record of winning the release of American prisoners from autocratic countries. “We are so grateful that Danny will finally be able to reconnect with his loved ones, who have been advocating for him all this time, against immense odds.”

Mr. Richardson had met with the junta chief, Senior General Min Aung Hlaing, this month. He returned to Myanmar in recent days and will fly back to the United States with Mr. Fenster, who had been in prison since May.

After his Nov. 2 meeting with General Min Aung Hlaing, Mr. Richardson said he had not raised the issue of Mr. Fenster’s release but had sought to lay a foundation for future discussions. Madeleine Mahony, Mr. Richardson’s director of media relations, said Mr. Richardson and Mr. Fenster expected to arrive in the United States on Tuesday.

“They are on their way home and they have Danny with them,” she said.

A court convicted Mr. Fenster on charges of disseminating information that could be harmful to the military, unlawful association with opponents of the regime and violating the immigration law. It gave him the maximum possible sentence of 11 years.

Mr. Fenster is the managing editor of Frontier Myanmar magazine. The prosecution based its case on his previous employment with the online news outlet, Myanmar Now, which the regime has banned. Mr. Fenster left Myanmar Now in July 2020, six months before the coup, but the court found him guilty anyway.

“We are pleased that he will be able to reunite with his family soon,” the embassy said in a statement. “We thank our many partners who joined us in calling for his release.”