Ukraine and the Contest of Global Stamina 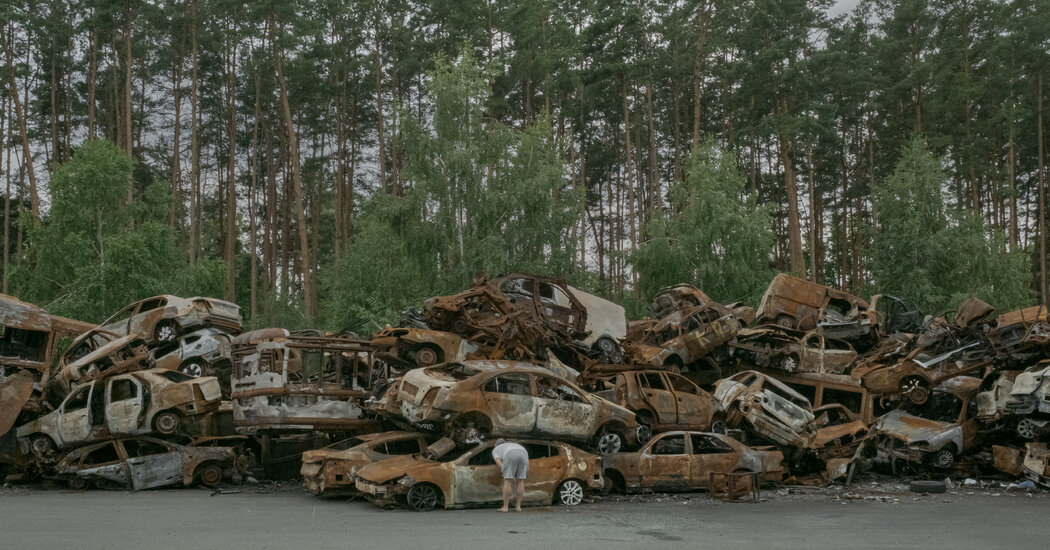 “We are hearing that they want to defeat us on the battlefield,” Mr. Putin added. “Let them try.”

U.S. officials, who spoke on the condition of anonymity to discuss strategy deliberations, are urging the Ukrainians to consolidate their forces at the front. But Ukraine’s leaders want to go further and mass enough personnel to mount a counteroffensive to retake territory, a goal that American officials support in theory even if they are dubious about the Ukrainians’ capacity to dislodge the Russians. President Volodymyr Zelensky of Ukraine told Group of 7 leaders last week that he wanted the war over by the end of the year. But there are serious doubts in Washington about whether that is possible militarily.

The Biden administration does not want to be seen pressuring Mr. Zelensky to negotiate a deal with the Kremlin at the risk of rewarding armed aggression, but officials and analysts said it would be hard to sustain the same level of material support as war fatigue grows on both sides of the Atlantic. Military aid passed by Congress is expected to last into the second quarter of next year, by some estimates, but the question is how long current supplies of weapons and ammunition can last without degrading the military readiness of the United States.

American officials have encouraged other countries to provide leftover stores of Soviet-made weaponry that Ukrainians are more familiar with — an item on Mr. Biden’s agenda for a trip to the Middle East next week, when he is scheduled to meet with leaders of Arab states that were once clients of Moscow.

“There is a lot of running room, but clearly there is this sense that the next six months are really critical,” said Ivo H. Daalder, the president of the Chicago Council on Global Affairs and a former U.S. ambassador to NATO. “In the next six months, we’re going to find out one or both sides are too exhausted, and they’re going to look for a way out.”

The Biden administration is also focusing on winning over the swing states, as some call them: Brazil, China, India and other countries that have not joined the campaign by the United States and Europe to isolate Moscow. A diplomatic effort would seek to show them that Ukraine and the United States would be open to a negotiated settlement as long as there are no territorial concessions, making the point that it is Russia that refuses to end the war.

As uncertain as the next few months are, the administration argues that it has met or will meet some of the strategic objectives it set in the spring. The first was to make sure that a “vibrant, independent, democratic Ukraine” emerged that would be able to survive over the long term. Officials are convinced that the country will survive — but they also believe that unless Ukraine develops a way to export grain and other agricultural products, its economic future could be in jeopardy.