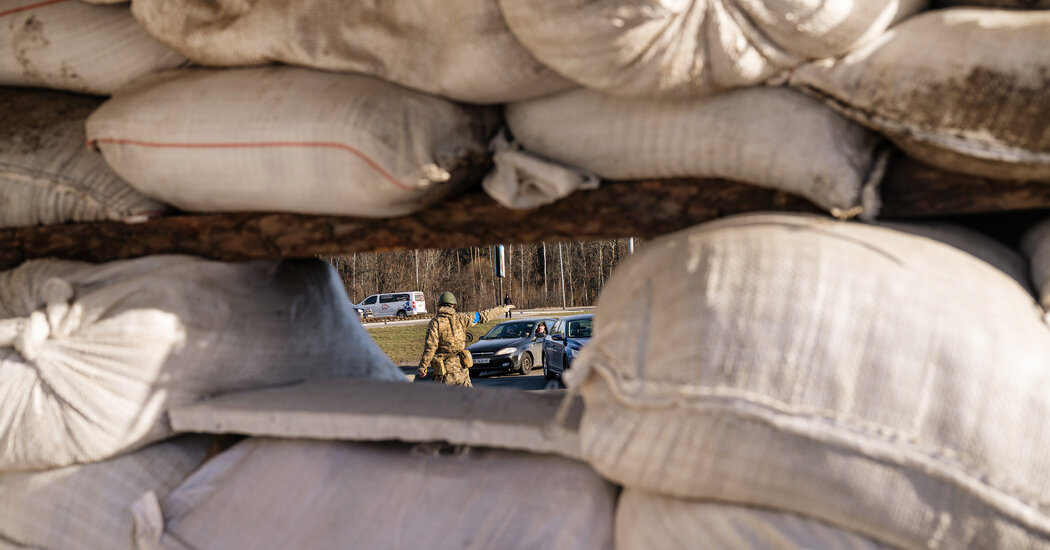 Shortly after Russia passed a new censorship law that effectively criminalized accurate reporting on the war in Ukraine, CNN executives on two continents gathered for an emergency video call to figure out what would happen next.

The 24-hour news network had employed numerous correspondents in Russia since the latter years of the Soviet Union. Now their future in the country, and perhaps their safety, were up in the air.

Senior producers in New York and London conferred with lawyers at CNN headquarters in Atlanta and reporters in Moscow about the new law, which raised the prospect of 15-year prison terms for journalists who called the war in Ukraine a “war.” Within hours, the network ceased broadcasting in Russia, joining other Western news outlets — including the BBC, Bloomberg News and ABC News — that temporarily or partly suspended their Moscow-based operations.

“When it comes to a potential threat to somebody, that far and away outweighs everything else in the consideration,” Michael Bass, CNN’s executive vice president of programming, said in an interview. “It would be better for our reporting and our coverage of the story to continue reporting every single day and multiple times a day from Russia, but an assessment had to be made of what can be done for your people.”

In an echo of the exodus of journalists from Afghanistan after the Taliban swept through the country last year, media executives and editors are engaged in a high-stakes debate about risk in Russia. Is it prudent, they ask their reporters over secure apps each day, to gather news in an increasingly hostile and isolated country? If not, is it feasible to continue from outside its borders?

“There is a constant minute-to-minute triage of that balance,” said Matthew Baise, director of digital strategy at Voice of America, the U.S. government broadcaster, which until recently employed several journalists reporting from Russia. “Every day, we’re attempting to adapt to the situation there while not jeopardizing people’s lives, but we also have to have a way to get reporting out of the country.”

Now a dozen Voice of America employees have left Russia. and others are lying low, Mr. Baise said.

Clarissa Ward, CNN’s chief international correspondent, said in an interview from Kyiv, Ukraine, that “it’s a huge blow to not be able to do the kind of journalism we all aspire to do in Russia at the moment.”

“It’s not just a global audience — there are a lot of Russians inside Russia who look to international news outlets to get a more well-rounded perspective,” said Ms. Ward, who has been reporting from Ukraine for nearly two months. One crucial perspective that can be lost, she said, is “how Russia is viewing this war, what ordinary Russians think about it.”

Inside Ukraine, journalists are facing more direct — and potentially lethal — risks. Brent Renaud, an American documentary filmmaker, was fatally shot in the head on Sunday in a suburb of Kyiv. On Monday, a Fox News correspondent, Benjamin Hall, was hospitalized after he was injured outside Kyiv.

Days earlier, Ms. Ward described via telephone how she and her CNN crew work from 9 a.m. to 4 a.m. each day, starting by assessing whether it is safe to travel outside their hotel. Often, spotty cellular service and security concerns force them to improvise: A 15-minute live dispatch from a subway station, where hundreds of Ukrainians were sheltering from a bombardment, was filmed on a producer’s phone.

For now, in Russia, the threat to journalism is statutory, but still dire: Under the new law, many correspondents there face the prospect of yearslong prison terms for doing their jobs. That has led to a stunning disintegration of Russia’s independent media, and left international news outlets racked with uncertainty.

Amnesty International said on Thursday that 150 journalists had fled the country to avoid the new law, which Marie Struthers, the group’s director for Eastern Europe and Central Asia, called “a scorched-earth strategy that has turned Russia’s media landscape into a wasteland.”

Amid the strangled flow of outside news, some have gone to great lengths to disrupt the information blackout inside Russia. On Monday, a state television employee burst onto the live broadcast of Russia’s most-watched news show, yelling, “Stop the war!” and holding up a sign that said, “They’re lying to you here.” The employee, Marina Ovsyannikova, was detained after the protest.

A bill introduced last week would create a register of anyone involved, currently or in the past, with media outlets or other organizations that Russia has deemed a “foreign agent.”

News organizations have scrambled to find a working solution as the cohort of credible outlets shrinks and threatens to leave audiences inside and outside the largest nation in the world blind to its dealings.

“There are many other parts of the world where it is unsafe to be a journalist and where newsrooms are having these debates and discussions,” said Damian Radcliffe, a journalism professor at the University of Oregon. “But what’s different here is that this is such a huge, high-profile story that those internal debates are playing out in the public domain in a much more overt way.”

Last week, The New York Times said it would move its editorial staff out of Russia, and The Washington Post said it would protect Moscow-based journalists by removing bylines and datelines from certain stories. Condé Nast said it had suspended its publishing operations there. Correspondents for the Canadian Broadcasting Corporation left Russia on March 6.

“It’s definitely a balancing act, and that’s why we are monitoring the situation closely and taking the necessary time to fully understand the new law,” said Chuck Thompson, a spokesman for the Canadian broadcaster.

Some outlets decided to stay put. The German public broadcasters ARD and ZDF said they planned to resume reporting from Moscow after a suspension. But the coverage will focus on the political, economic and social situations in Russia — such as the effects of economic sanctions on civilians — while the war in Ukraine will be covered from outside the country.

The BBC said last week that “after careful deliberation” it would restart its English-language reporting from Russia. (Its Russian-language correspondents have stopped working.) The broadcaster appointed Steve Rosenberg, its longtime Moscow correspondent, to be its Russia editor, and produced segments on public sentiment and McDonald’s closing its stores.

Still, BBC correspondents “have to be wary and careful about what language they use,” said Jamie Angus, a top executive who oversees news output.

On the air, Mr. Rosenberg describes the fighting as “what the Russians are calling a special military intervention.” Analysis that refers more explicitly to a war or an invasion can be delivered from London, Mr. Angus said.

The BBC has begun broadcasting through alternative channels like shortwave radio and TikTok in hopes of eluding Russian censors. Voice of America said that one day last week, 40 percent of its Russian audience had reached its coverage through censor-evading apps such as Psiphon and nthLink. Its Facebook page has also gotten an unusual surge in traffic from Italy, a sign that some Russian citizens may be using VPN services to bypass information blockades.

“There are no challenges that are insurmountable today in the digital world — we just need to be agile,” said Alen Mlatisuma, the managing editor of Voice of America’s Eurasia division.

Deutsche Welle, Germany’s state-owned broadcaster, had 35 people working in Russia, which was also the hub for coverage of Ukraine, Moldova, Georgia, Kazakhstan and other former Soviet republics.

Last month, the Russian government withdrew the broadcaster’s accreditation and shut down its Moscow studio. Deutsche Welle’s website is now blocked in Russia, and viewership for its Russian Facebook channel plunged. The outlet has pulled all of its reporters out of Russia, said a spokesman, Christoph Jumpelt.

“The fact that they have revoked our credentials and physically kicked us out of the country, and made it impossible to work inside Russia as officially credentialed journalists, doesn’t mean that we cannot continue to cover Russia from inside Russia,” Mr. Jumpelt said. “There are many, many ways to get access to information.”