What Is Going on With Kanye West? A Timeline 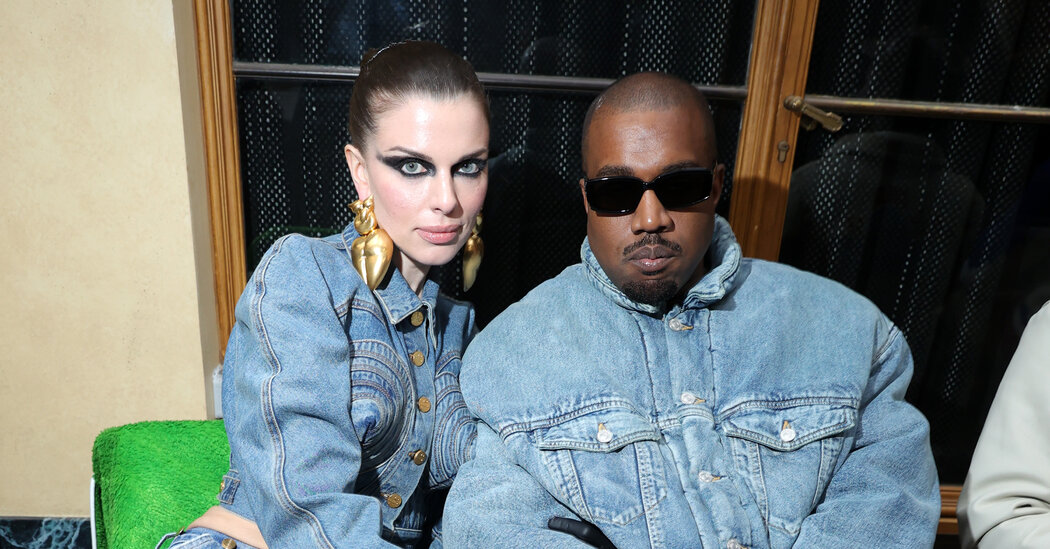 It’s getting harder and harder to keep up with Kanye West. The rapper and fashion designer has never been one for predictability, but his recent behavior — much of it on social media — has come across to fans as particularly striking.

Over the weekend, Mr. West, 44, shared many posts in which he took aim at a number of people, including Kim Kardashian, 41, who is in the process of divorcing him, and Pete Davidson, the 28-year-old “Saturday Night Live” cast member and proud Staten Islander, who has been linked to her since the fall. Mr. West has criticized Ms. Kardashian and encouraged fans to harass Mr. Davidson. (On Tuesday, Mr. West posted a blanket apology for his remarks.)

For his part, Mr. West was also recently in a relationship, with Julia Fox, a model and actress best known for her role in “Uncut Gems,” But on Monday, Ms. Fox, 32, told Page Six that the two are “no longer together.” In the spirit of cuffing season, they parted ways right before Valentine’s Day.

Ms. Kardashian filed for divorce in February 2021 after seven years of marriage to Mr. West. At various points since, he has aggressively expressed a desire to remain married. His relationship with Ms. Fox suggested that he might be ready to move on. But his online posts have told a different story.

In case you haven’t been following, here’s a timeline.

While hosting “Saturday Night Live,” Ms. Kardashian kisses Mr. Davidson during a sketch in which they play Jasmine and Aladdin. Despite his reputation for dating high-profile stars like Ariana Grande, Mr. Davidson seemed an unlikely love interest for Ms. Kardashian coming out of her marriage to Mr. West.

To great public surprise, Ms. Kardashian and Mr. Davidson are photographed together on a Halloween ride at Knott’s Berry Farm in Buena Park, Calif.

Ms. Kardashian and Mr. Davidson go on a dinner date in Santa Monica, Calif.; take a trip to Mr. Davidson’s hometown; and attend his pajama-themed birthday party with some members of her family.

During a surprise concert with Drake — a move toward public reconciliation with a known rival — in Los Angeles, Mr. West begs Ms. Kardashian to “run right back” to him, a riff on the lyrics to his song “Runaway.”

Ms. Kardashian files documents that will make her legally single. She also requests to have her surname legally changed back to Kardashian from Kardashian West.

Through an L.L.C., Mr. West closes on a five-bedroom, four-bathroom house across the street from Ms. Kardashian for $4.5 million, according to property records.

Mr. West and Julia Fox meet each other in Miami under unclear circumstances.

Mr. West and Ms. Fox see “Slave Play” in Manhattan, then have dinner at Carbone. After dinner, they return to a hotel suite filled with racks of new clothes. The pair play dress up. A photographer appears to have been hired to document the entire event.

Interview publishes a column called Fox News, about Ms. Fox’s social whereabouts. Separately, Mr. West releases a new song with the Game; he names Mr. Davidson in the lyrics (not in a nice way). The rapper also attends his daughter Chicago’s birthday party.

Mr. West, in his signature Balenciaga galoshes, and Ms. Fox, donning a fitted, long-sleeve crop top and low-rise pants, board a flight to Paris at Miami International Airport.

Mr. West and Ms. Fox appear together at Paris Fashion Week in a variety of attention-grabbing outfits.

Mr. West and Ms. Fox sit in the front row at the Schiaparelli couture show, where she smokes a vape throughout, and flood Instagram with their antics. Ms. Fox’s Instagram has gained nearly a million followers since the beginning of the month.

Ms. Fox turns 32. Mr. West flies to New York from Los Angeles for her birthday party, held at the East Village bistro Lucien, and distributes Birkin bags to several guests, including Niki Takesh, who hosts a podcast with Ms. Fox, and Richie Shazam, a model.

Mr. West posts a screenshot of a TikTok video featuring his daughter North on his Instagram, with a caption suggesting that her account had been created “AGAINST MY WILL.” Ms. Kardashian responds in an Instagram story, writing that “Kanye’s constant attacks” are “more hurtful” than “any TikTok North might create.”

During an interview with People magazine, Mr. Davidson refers to Ms. Kardashian as his “girlfriend.”

Ms. Kardashian appears on the March cover of Vogue with accompanying photos of her and her children. Mr. West uploads some of the images in a collage on Instagram with the caption “GOD PLEASE BRING OUR FAMILY BACK TOGETHER.”

Mr. West harasses Mr. Davidson on social media. (In true Kanye fashion, many of the posts are now deleted.)

Through a representative, Ms. Fox confirms to Page Six that she and Mr. West have ended their relationship. The Cut publishes a profile of her. “Why not see me for what I am which is a #1 hustler,” Ms. Fox writes on Instagram. Mr. West posts a photo of a truckload of roses and tags Ms. Kardashian, suggesting that he sent them to her for Valentine’s Day. That evening, Ms. Fox models in the Laquan Smith show at New York Fashion Week.

Mr. West shares a photo of himself on Instagram and writes in the caption that he knows his recent posts “came off as harassing Kim.”

“I take accountability,” he continues, “I’m still learning in real time. I don’t have all the answers.”