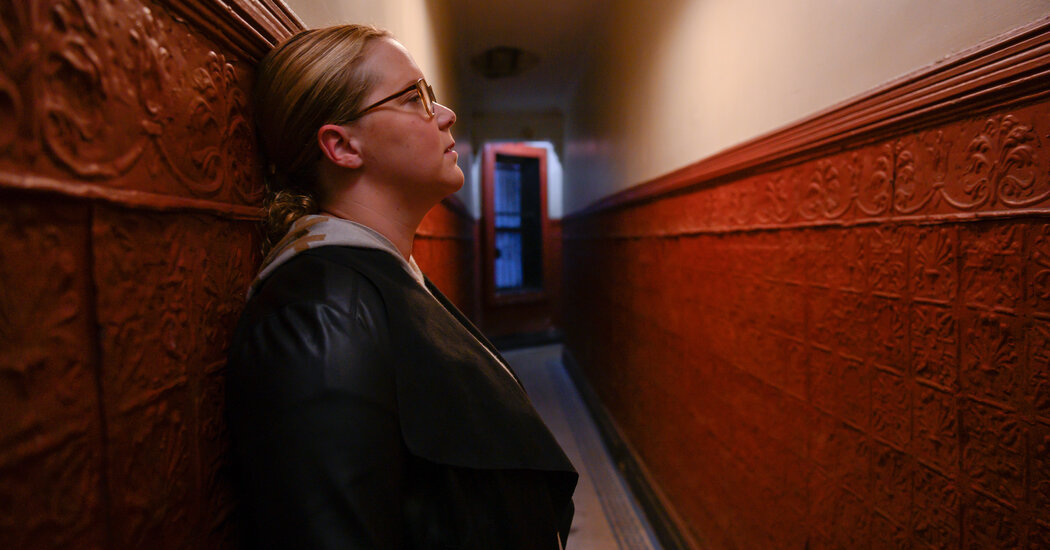 For some directors, positioning the word “horror” anywhere near a film they don’t consider a horror movie would be erroneous or provocation. Not Karam. He was riveted by horror movies as a child in Scranton, Pa.; his gateway drug was the Disney ghost story “The Watcher in the Woods” (1980), with Bette Davis as the owner of an English mansion who’s mourning her missing daughter.

Now 42, Karam remains a devout horror fan, citing Kubrick and Polanski as inspirations for “The Humans,” which he directed and adapted for the screen from his 2016 Tony-winning play. Karam takes pride in the film’s horror elements because they help viewers visualize “how people are conquering or coping with their fears in a story that’s scary.”

“It’s important for me to think of a film or a play or any story I’m telling as having a strong, confident personality,” Karam said in a video interview. “I don’t get bogged down by whether it’s a horror film or family drama because the definitions can upset people who take ownership of what a horror film is.”

“The Humans” takes place in a seen-better-days duplex newly occupied by Brigid (Beanie Feldstein) and her boyfriend, Richard (Steven Yeun). Visiting from Scranton are Brigid’s working-class parents, Erik and Deirdre (Richard Jenkins and Jayne Houdyshell); and Momo, Erik’s mother (June Squibb), who has dementia. Also joining is Brigid’s sister, Aimee (Amy Schumer), who lives in Philadelphia and is fresh off a breakup with her girlfriend.

At the family table there’s turkey and good-natured ribbing, but also difficult conversations about work, love and depression. This is a family filled with love, but also resentment and heartache. Typical Thanksgiving drama stuff.

But from the start, there’s an uneasy feeling, as if something terrible is on its way. Parts of the walls ooze and bubble with pustules like growths on a David Cronenberg mutant. There are eerie portraits of spooky people, like the art from a possessed castle in a Hammer Film. Jump scares, loud sounds, darkness, stillness: They’re all heart-pounding. Horror movie stuff.