Who Is Gabriel Boric, Chile’s Next President? 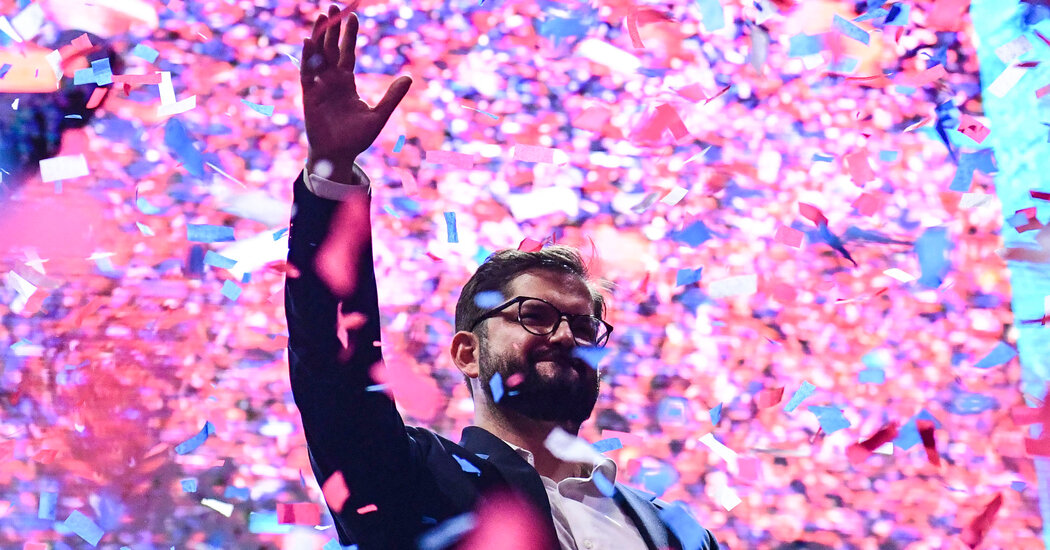 Mr. Boric attended the local private British school, where Pinochet’s rule was debated openly — not the case in many parts of Chile.

In an interview, his brother, Simón, 33, said that the family was not fiercely political, but had opposed Pinochet. One uncle was co-owner of a radio station that blasted the crimes of the regime. “More than once my family received threats,” he said, adding that “anonymous letters arrived because of my uncle’s activities.”

Months after winning his first term in congress, Mr. Boric described his early determination to understand politics. He came from a fairly protected environment and his father’s politics were centrist. But even as a high school student in Punta Arenas, he said, he started reading up on revolutionary leaders and political processes. It was a lonely endeavor — he didn’t have a group he could discuss politics with.

So, still in high school, he decided he wanted to become a member of a far-left group that had supported armed struggle, the Revolutionary Left Movement, or MIR. The group had been largely crushed during the dictatorship. So Mr. Boric went to Google, found an email for one of its small surviving factions and wrote a letter asking how he could contribute to the revolution. No one ever answered.

In Punta Arenas, Mr. Boric helped restart his city’s high school student federation. Then, in 2004, he moved to Santiago, the capital, to study law. He completed his studies in 2009, but failed a part of the final exam, said his brother. He could have taken the test again and gotten his degree, but soon he was swept up in student activism and politics, and never went back.

In 2011, as protesters took to the streets to call for better public education, he ran for president of the University of Chile’s student federation and won, becoming one of the key leaders of the movement.